Narrated by Willem Dafoe, and backed by a majestic score of old-and-new classical works by Richard Tognetti (Master and Commander), Mountain is a visual world tour, with existential commentary written by best-selling author Robert Macfarlane. 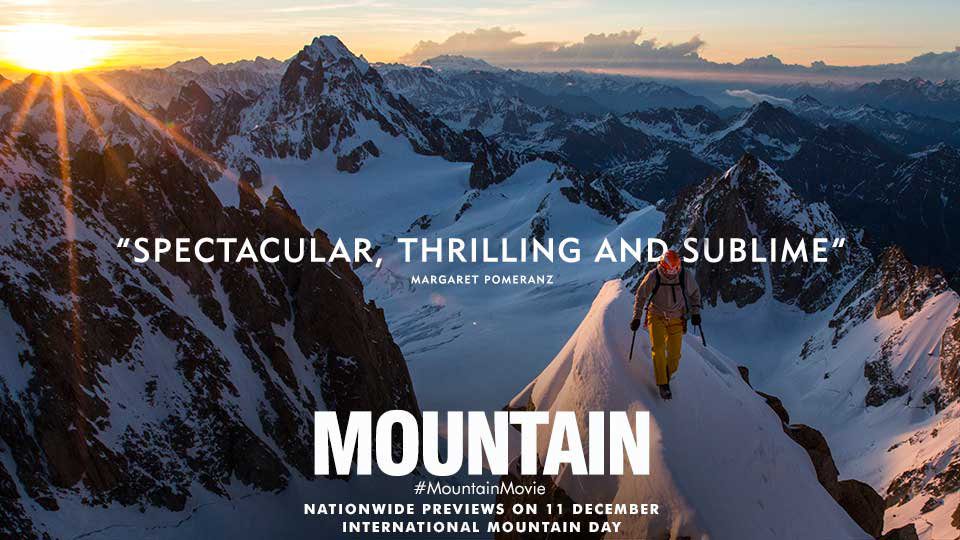 Buoyed by its words and awed by its beauty and majesty, the viewer – who is hopefully not afraid of heights – is invited to consider what mountains have meant to humans from past to present. They’ve been the ethereal homes of gods and demons, and places no sane person would have thought of ascending until a few hundred years ago.

And today, they represent a pilgrimage of a sort for millions of people worldwide. They ascend Everest by the hundreds, ski down from vertiginous mountain tops, para-ski, fly from peaks using wing suits, rock-climb and ice-climb. The incredible footage in Mountain, shot in 20 countries plus Antarctica, shows us high-elevation defiance of death in scenes of both incredible grace and beauty, and tragedy, injury and death.

The message: you are never so alive as when you are close to death.

No stranger to elevation, director Peedom began her career as a climbing camera operator on Mount Everest. Yet, she says this is unlike anything she’s ever filmed – based as it is on an artistic concept presented to her by Tognetti.

“It was Richard’s idea, he brought it to me,” the director says. “What was a surprise was his feelings toward mountains are quite different to my own, and they added to the films message.

“And then I read Robert’s book (Mountains of The Mind), which is a really beautiful and poetic work about our relationship to mountains and why people are so irresistibly drawn to them. It really solidified everything I’d been trying to get a handle on.”

Getting a handle on the concept was one thing, but the true challenge was compiling and editing the footage, much of it shot from drones.

“The editors were true collaborators. It was a huge project, with hundreds of hours of footage shot on everything from GoPros to the best cameras. That they were able to make it so seamless amazes me.”