It’s no secret that rock climbing is now more popular and mainstream than ever before. As a result, there are increasingly more young people looking to join climbing teams at one of the many new gyms popping up across the country. Youth competitors far outnumber the open competitors in recent years across Canada.

For Chris Neve, director of Canada Strong Climbing, the rapid growth of interest in competition climbing signals a distinct and clear need for more qualified coaches. There are many talented coaches in Canada but, as Neve observes, the rise in number of climbing gyms means a dilution of that talent.

For Neve, it’s not just about having more people willing to coach, but training coaches to a high, national standard. He wants to continue to raise the bar for climbing coaches in Canada. Anything less is a disservice to the country’s talented, motivated, young athletes.

On August 6-9, 2019, Canada Strong Climbing is hosting an International Coaching Conference in Oakville, Ontario. The event is for coaches from across Canada and the United States, working with youth or adult teams, at any level of the sport. It is an opportunity to learn from experts as well as from each other.

Author of Training for Climbing, Eric Hörst, will give an opening keynote speech the first night, as well as lead a session the next day. The conference will also offer presentations by a list of impressive experts in the field, including Neve, who has 23 years of coaching experience, Climb Strong‘s Steve Bechtel, Dr. Jared “the climbing doctor” Vagy, nutritionist Kelly Drager and Taylor Reed from The Beta Angel Project. Topics covered include training programs for various age groups, injury prevention, sports nutrition and more.

Neve has run a coaching conference for 10+ years in Alberta; this year will be the inaugural event for Eastern Canada. The conference has been very successful in the past and not just because of the formal sessions; it’s about “getting the right people together,” says Neve. When you gather at these events there is much to be learned from the presentations, but there is also so much to be gained during the times in-between. Chatting over meals, while you walk, or while you wait – these impromptu, informal moments provide some really fruitful discussions. “Too few coaches go beyond their home gyms,” Neve argues. Getting together to learn together is not only vital for the development of coaches across Canada, but it’s also fun. 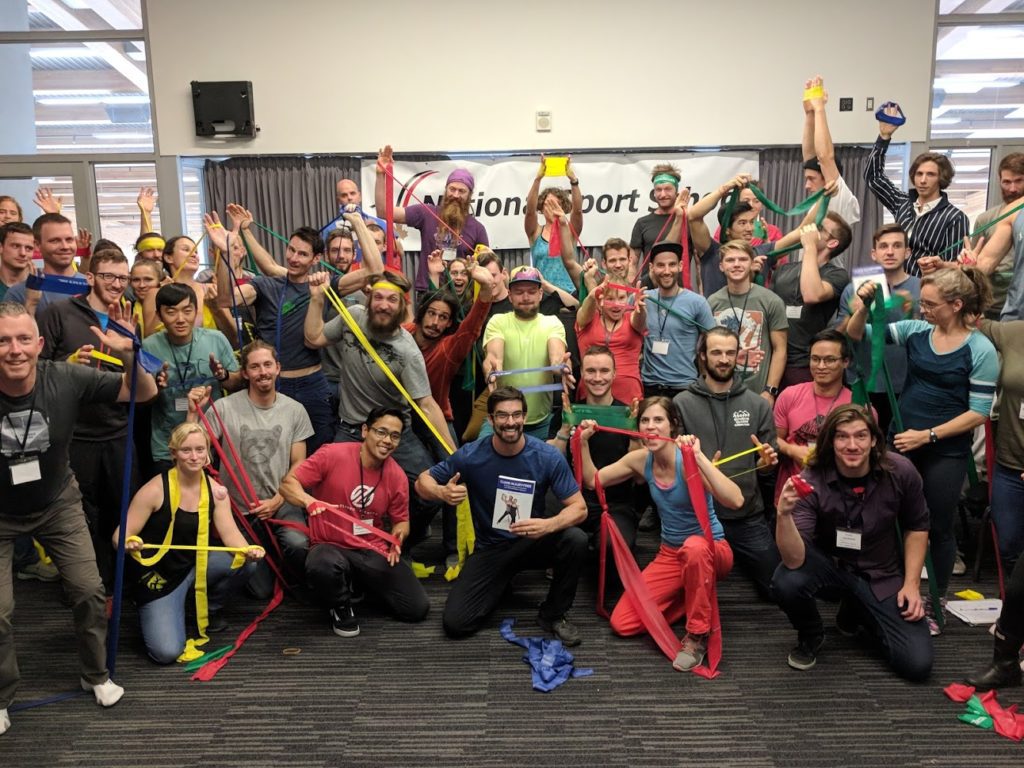 With the depth and breadth of knowledge represented by the conference speakers, as well as the opportunity for collaborative discussions with other coaches, it is bound to be a worthwhile investment.

See the website for more details. Register by June 15, 2019 for the Early Bird rates.