An exhibit featuring a history of rock climbing in Yosemite Valley is scheduled to run from April throught June of 2019 at the Mariposa Museum.

The exhibit will include artifacts from iconic first ascents of climbing in Yosemite Valley. A speaker series is slated to occur in conjunction with the exhibit.

Ken Boche will be the first speaker in the series at the grand opening of the exhibit on Fri. April 5 at 6:00 p.m. The presentation will be on his first ascent of the Psychedelic Wall on Sentinel Rock with Dennis Henneck in September of 1966.

Glen Denny, Gary Colliver and other speakers from major first ascents and milestones of Yosemite Valley rock climbing history will be some of the speakers featured in the series. 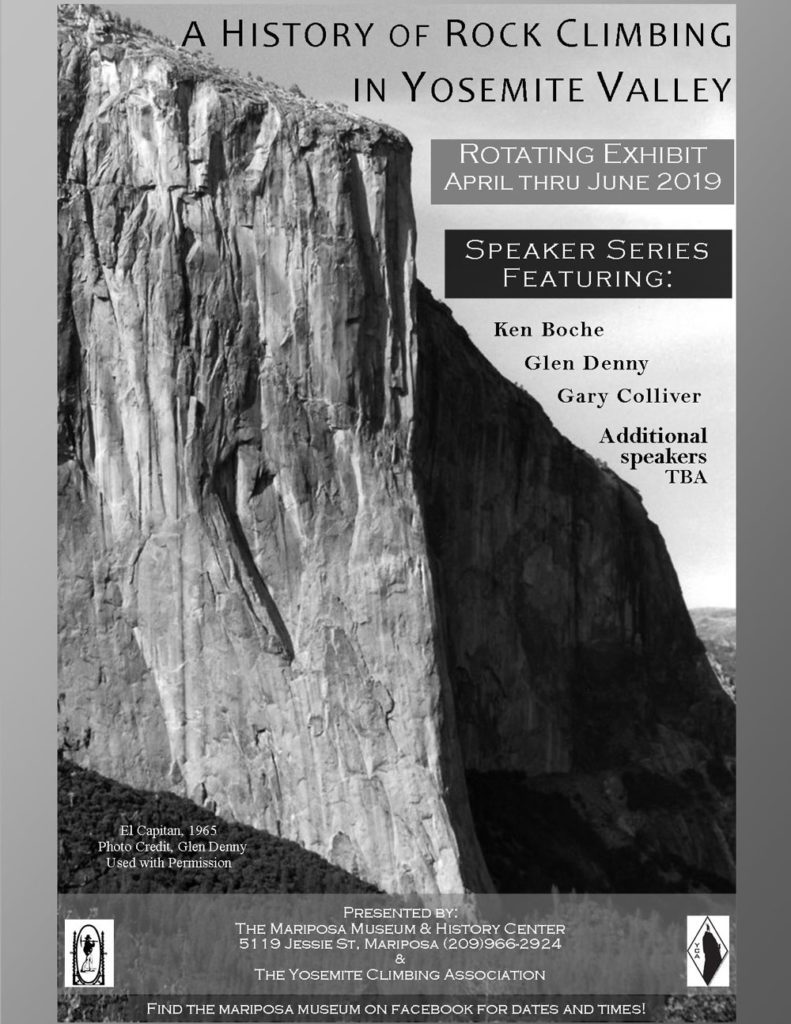