Climbing will be in the Olympics as a combined format sport, where competitors must compete in Lead, Speed and Bouldering.

Nobody know who will be going or what the process will be to select climbers. Until we find out who will be competing, we can look back at the history of climbing as an Olympic sport. 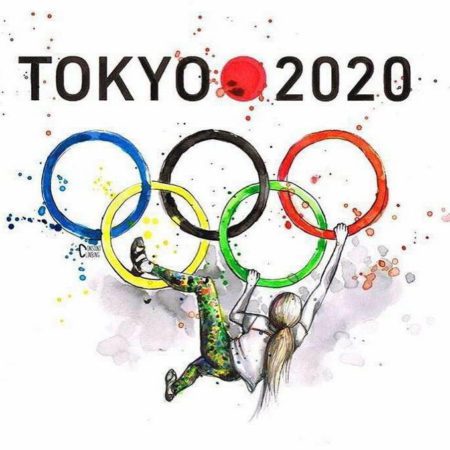 Olympic medals have been awarded to a number of climbers over the past 100 years. Alpinism (climbing fast and light on technical mountain routes) was introduced to the Olympics at the 1894 Olympic Congress, the same year the International Olympic Committee (IOC) was founded.

In 1924, the first medal was awarded to climbers on the 1922 Mount Everest expedition led by General Bruce for outstanding feats, despite not reaching the summit. The prize included medals for seven Sherpas who died in an avalanche.

The German brothers Franz and Tony Schmidt received the Olympic Alpine Prize after their first ascent of the north face of the Matterhorn. In 1936, Gunter and Mrs. Dyrenfurth won the award for their Himalayan exploration.

In 1946, the Alpinism Prize was dropped from the Olympics, but Reinhold Messner and Jerzy Kukuczka were awarded silver medals at the 1988 Calgary Winter Games for climbing the 14 8,000-metre peaks.

Climbing officially became a competition sport in the mid-1980s, but climbing as a competitive activity goes back centuries. Whether it was clubs organizing friendly rivalries or governments encouraging their climbers to reach the highest peaks before rival nations, climbing is competitive by nature.

If you have climbed, you know the level of physical, mental and emotional skill required. There are dozens of climbing disciplines, from bouldering to big wall to alpinism to mountaineering, but for our sake we will focus on climbing indoors on artificial walls. Indoor climbing started decades ago and there are now thousands of gyms worldwide.

Indoor climbing attracts people from five years old to 95 years old, is a family activity and is growing faster than any other sport. Any parent of a competitive climber will agree that climbing is a supportive and friendly sport that teaches youth discipline, responsibility and courage. The happiness and strength climbing brings young climbers is often so infectious, parents take up the sport.

The following is a brief history of climbing competitions on the regional and world level.

In 1985, in the Olympic town of Bardonecchia, Italy, Andrea Mellano and Emanuele Cassarà (an Italian sport journalist) held an event called SportRoccia in Valle Stretta.

It was the first organized Lead competition and the first for modern Sport Climbing. Thousand of spectators watched as Stefan Glowacz took first place.

In 1986, Arco di Trento hosted the second SportRoccia, which French climber Patrick Edlinger and Catherine Destivelle (who will be at the 2016 Banff Mountain Film Festival) won. More than 10,000 people watched the Finals and it was televised live.

A few months later, the French Federation held the first indoor event in Vaulx-en-Velin, Lyon. In 1988, the UIAA recognized the sport, as there had been a World Series and momentum was growing.

The following year was the first World Cup in Speed and Lead, which saw the creation of the CEC and CICE within the UIAA that was responsible for officials and rules. Watch highlights from SportRoccia below.

In 1990, events were held in Japan and America and it was decided that international events would only be on artificial walls. The following year, the Frankfurt World Championship took place. Up until then, the competitions were for experienced climbers often in their 20s or 30s.

In 1992, the first World Youth Championship took place in Switzerland and thousands of adults turned out to watch. It has been an annual event ever since. A few years later, the International Council for Competition Climbing (ICC) was formed under the UIAA to provide tools for the rapid growth of the sport.

In 1998, Bouldering (climbing without a rope a few metres up on difficult problems) was introduced. Its success resulted in the first Bouldering World Cup in 1999.

The following year, 48 international federations created the International Federation of Sport Climbing (IFSC). A few months later, the IOC granted provisional recognition of the IFSC and welcomed Sport Climbing into the Olympic circle. By the end of the year, over 80 countries from five continents were members of the IFSC.

Three years later, the IOC officially gave the IFSC definitive recognition and by the next year the sport was short-listed for a possible appearance in the 2020 Tokyo games.

In 2014, Sport Climbing was selected by the IOC as a demonstration sport at the Youth Olympic Games in China. There are now countless competitions world-wide every year. The World Cups draw hundreds of the best climbers in the world from youth to adults.

While international youth programs are bigger than ever, there are an equal number of comps for climbers over 18. It is unknown how the Olympics will format the climbing competition.

Climbing has a successful World Championship history, is one of the world’s fastest growing sports and continuously draws record audiences.

“We are so happy that Sport Climbing will be participating in the Games of Tokyo,” says IFSC President Marco Scolaris. “The Olympics have been our dream for quite some time, and now the hard work has finally paid off. We would like to thank the IOC for extending a truly unique opportunity to our sport.

“We have reached the final hold of our unbelievable climb, but another climb awaits us. Our team is committed to preparing climbing for the Olympic Games, and over the next four years we will continue to work with the IOC to do so.”

Perhaps in the future, the Olympics will adopt the new Psicocomp format where climbers go head-to-head up a 25-metre wall without ropes over an Olympic-sized pool.

Watch highlights from the 2015 Psicocomp challenge held at the Park City Olympic pool in Utah. Psicocomp is coming to Canada in 2018, stay tuned for more.