Canadian photographer and climber Shane Murdoch brings us the following report from Paris. Watch Semis and Finals for Lead, Bouldering and Speed here.

AccorHotels Arena in Paris is set to welcome over 500 climbers and 20,000 spectators, from Sept. 14 to 18, for the 2016 IFSC Climbing and Paraclimbing World Championships. This five day event will see the top climbers from around the world competing in lead, speed and bouldering.

The World Championships are unique from other IFSC World Cup events in that it includes all three disciplines. Medals will be awarded for each discipline as well as a combined medal for athletes that compete in all three. We should start to see more and more athletes competing in the combined over the next four years now that climbing has been added to the 2020 Olympics in Tokyo. Canada’s Sean McColl and Charlotte Durif of France are the defending combined champions from 2014. Hamilton’s Kate Sawford is the defending silver medalist in the women’s leg amputee division from the 2014 Paraclimbing World Championships, held in Gijon, Spain. 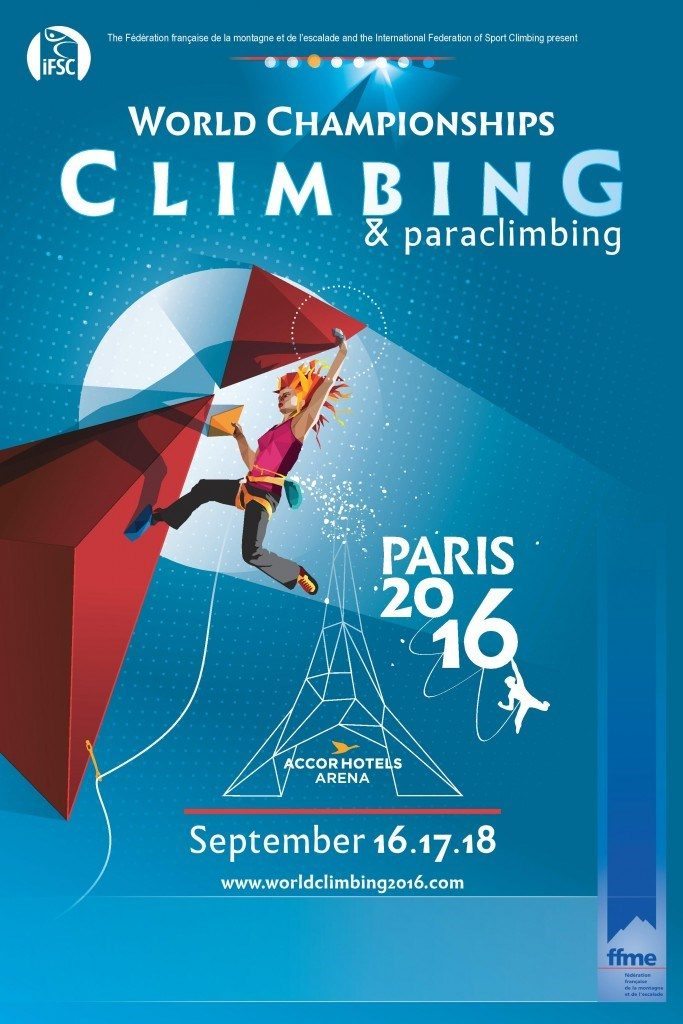