The Golden Scrub Brush Awards are an “awards” show celebrating the contribution of the new route developers who make Squamish such a world class destintion. The Squamish Access Society (SAS) and 2016 Golden Scrub Brush Awards would like to congratulate all the category winners and nominees and Lifetime inductees, Perry Beckham and the late Will Dorling, for their contributions to Squamish’s climbing community. The routes that qualify for the awards had to be established in the past few years. 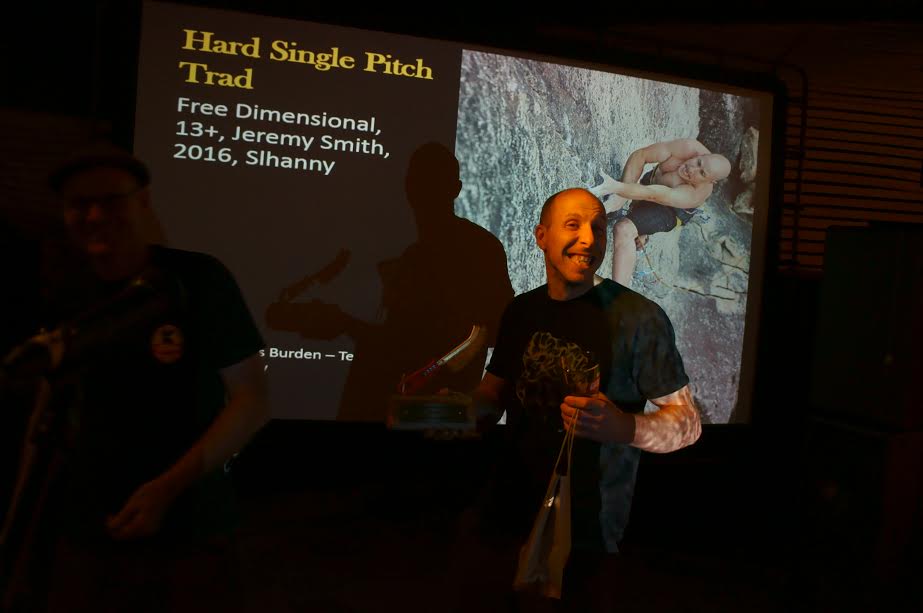 “Thanks to all those who came to celebrate with us at the Knotty Burl last night and to our Sponsors (Grandwall Equipment, Butora, Climb-on Squamish, Valhalla Pure Squamish, Escape Route, Groundup Climbing Centre, Osprey packs, Arcteryx, Blurr, Patagonia, Black Diamond, Evolv​​​​, 5.10, Leillani the Artist, Life Tested Art, Flashed, Petzl, Outdoor Research, and Mammut) who allowed us to give out so much great stuff last night,” said organizer Chris Small.

“Together these sponsors and your support makes this event happen and raised $1,500 toward SAS’s re-bolting and facilities fund.” Below are the winners of each category, for full results see here.