French climber Jacky Godoffe is a legendary boulderer and route setter who’s been setting for 25 years. Heading into his 60s, Godoffe has long been an influential climber at his home “crag” of Fountainebleau.

In an interview with Projectmagazine.com, Godoffe said about his setting: “Three different elements came directly from my experience in rock climbing: Doubt, complexity and personal adaptation to a situation that can have several different answers (depending on the size and strengths).

Master of moves himself, just received my copy of my key to routesetting, Jacky is a beast and knows his way round a hold or two here he is setting with me at #chimeraclimbing #jackygodoffe

“A rock climbing line never climbed is a question nobody has any answer to. The main difference indoors is the time allowed; in an open project outside everyone has all the time he wants.

“In competition the time is limited. I learned year after year how to introduce a bit of each element to make climbing more understandable to neophytes. I also tried to create a common language for a route-setting session with people from different countries and experiences.

“Together with some friends I have developed a route-setter way to grade the boulder or a route instead of the basic grade that is useless in competition. We noticed that it was possible for the best climbers to fall on a Font 7a (V6) and also to flash a Font 8a+ (V12) as they depend on many factors.”

Godoffe recently wrote a book called My Keys To Route Setting, see more about it here. 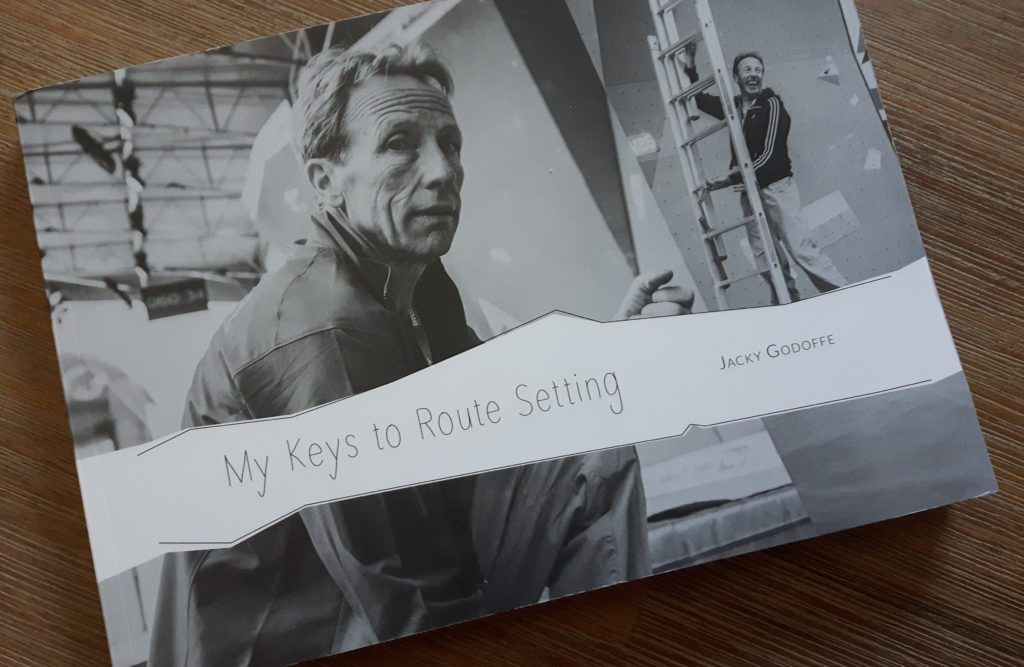 “We came up with a new idea of the RIC scale that is in fact three different dimensions: Risk, complexity and intensity. Playing with these three dimensions, mixing a bit like a DJ, it was possible to speak about it with an understandable language without discussing the grade for long.

“Now should this way of doing it be a basic standard of route setting? Even if it’s not formal, it always somewhere in our mind. In this video, he talks about his philosophy in 2017.