October in the Bow Valley usually brings a minimal selection of ice routes to enjoy and not enough snow for good skiing. Like other keen climbers during shoulder season, regular Gripped photographer, Tim Banfield, seems to find himself drytooling during this time of year.

For those not in the know, drytooling requires aggressive ice tools and leather boots with crampons – but not the same type of crampons that you’d use for ice climbing. Instead, climbers use a lighter version of a crampon that actually bolts directly to a specific type of boot called a comp boot.

On his first day out this season, Banfield visited the popular Playground, a crag nestled high on Grotto Mountain known for its deep pick holes and well-bolted lines. On that day, he was wearing comp boot-style crampons designed more for mixed climbing rather than drytooling. On his second day out, Banfield visited Alcatraz with seasoned drytooler Greg Barrett, a crag with a massive roof and difficult lines – also found high on Grotto Mountain. Banfield swapped his mixed crampons out for the CAMP T-Dry, a drytool-specific crampon that excels on steep rock.

Banfield discussed in depth the differences between drytool-specific and mixed crampons with Barrett, after he belayed him on his route Kabukimono D12+. “Greg started the best gear review I had heard,” said Banfield, “so I quickly grabbed my phone and videoed the conversation.”

Here’s what Barrett, one of the top Rockies drytool climbers, had to say: Camp T-Dry crampons are the best bolt-on crampons out there for steep drytooling and mixed climbing. Last season I used them to FA this new D12+, called Kabukimono. It’s currently tied for the fifth hardest route in the area. Like on many steep and horizontal routes, it was essential to toe into tiny pockets from a front lever position while on the route, and no crampon does that better than T-Dry.

The two most important aspects I love about these crampons are not having secondary points and having an aggressively downturned and serrated front point. The pump feels a bit more manageable knowing that the front point will stick and won’t get rocked out by secondaries as you move side to side. The weight savings of not having that extra metal doesn’t hurt either.

Most bolt-on crampons today have secondary points, and if you’re climbing hard ice, it’s certainly something you want. However, most dry and mixed routes fall into one of two categories: Either they aren’t overhung enough to warrant using mixed boots in the first place, or the ice component of the route isn’t hard enough to make secondary points necessary. Since the rock performance will be the determining factor in whether or not you send, you might as well stack the odds in your favor! I’ve seen plenty of holds with the telltale scratches of secondary points getting in the way and seen plenty of climbers left dangling by their arms after their front points didn’t quite stick.

The front points on the T-Dry’s hook down more aggressively than many other models. On less than vertical terrain, this added height can reduce stability. But on steep and overhanging terrain, it’s a huge asset. It means that your crampon bites harder for the same toe-pointing and body tension as compared to other models. This translates into more security and less exertion.

The raking points on the T-Dry’s are also well-designed. They are splayed and pointed back just the right amount to hook into small pockets. But they aren’t so splayed and hooked that they get caught up on the rope during rock footwork or in Figure 4s and 9s. The single tooth on these points always finds a home on shelves or in pockets.

We agree with top drytooler Barrett that if you want to climb hard drytool lines, look no further than the T-Dry. If having secondary points is crucial, then consider the Dry option, which include a heel piece. 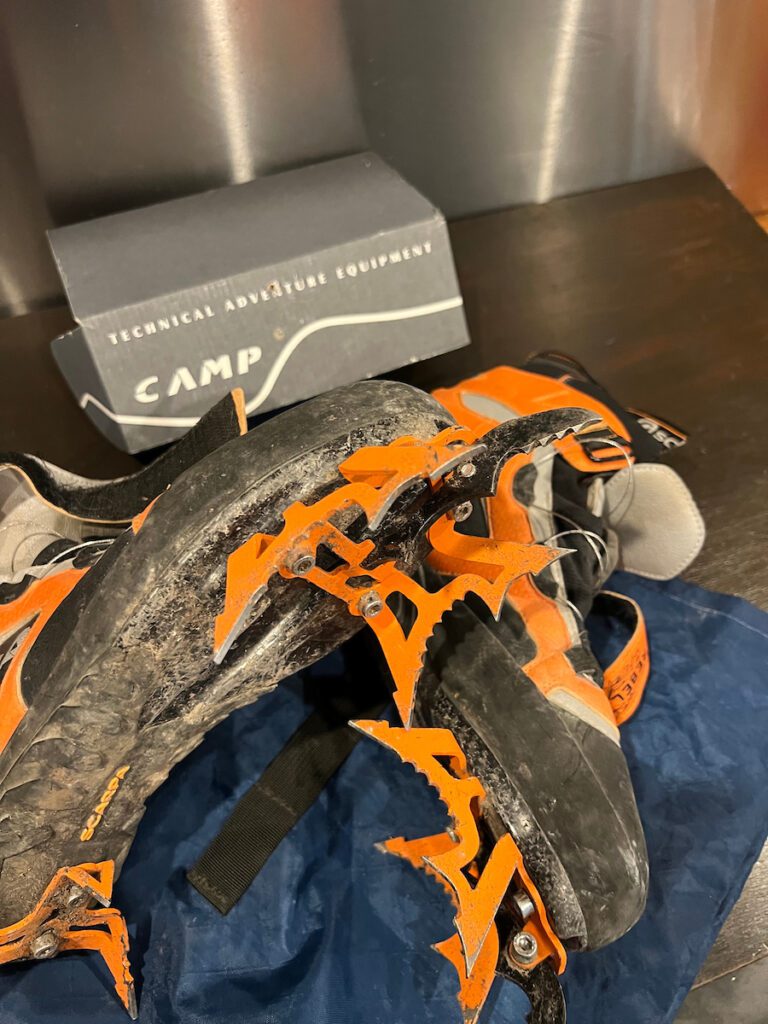 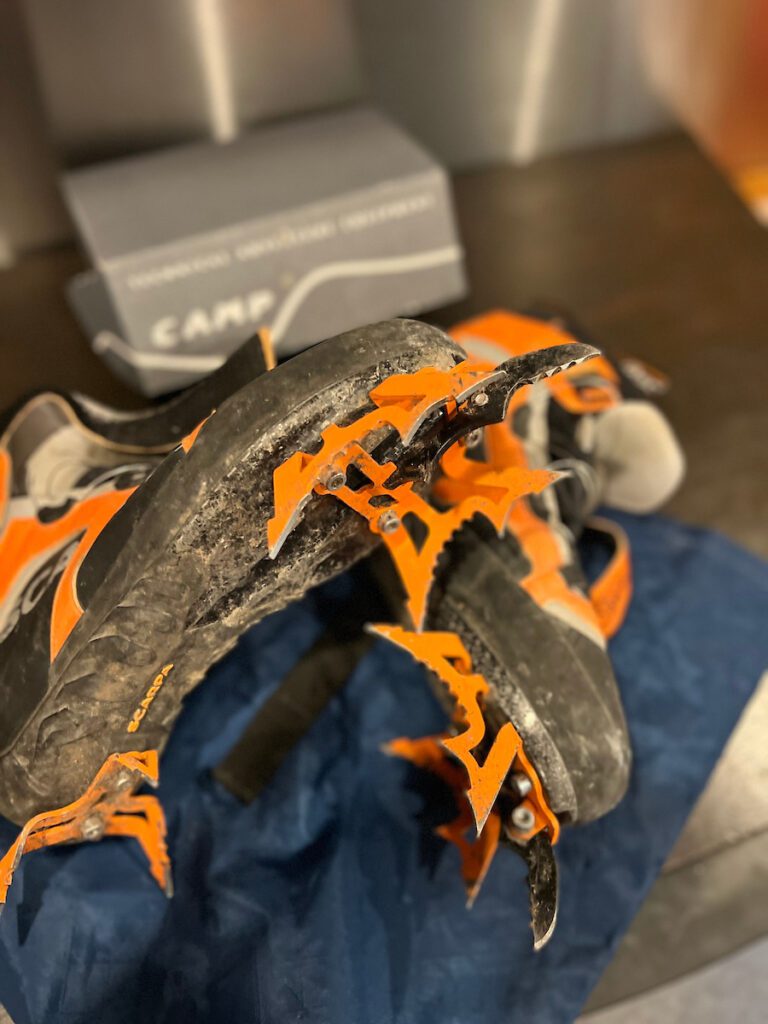 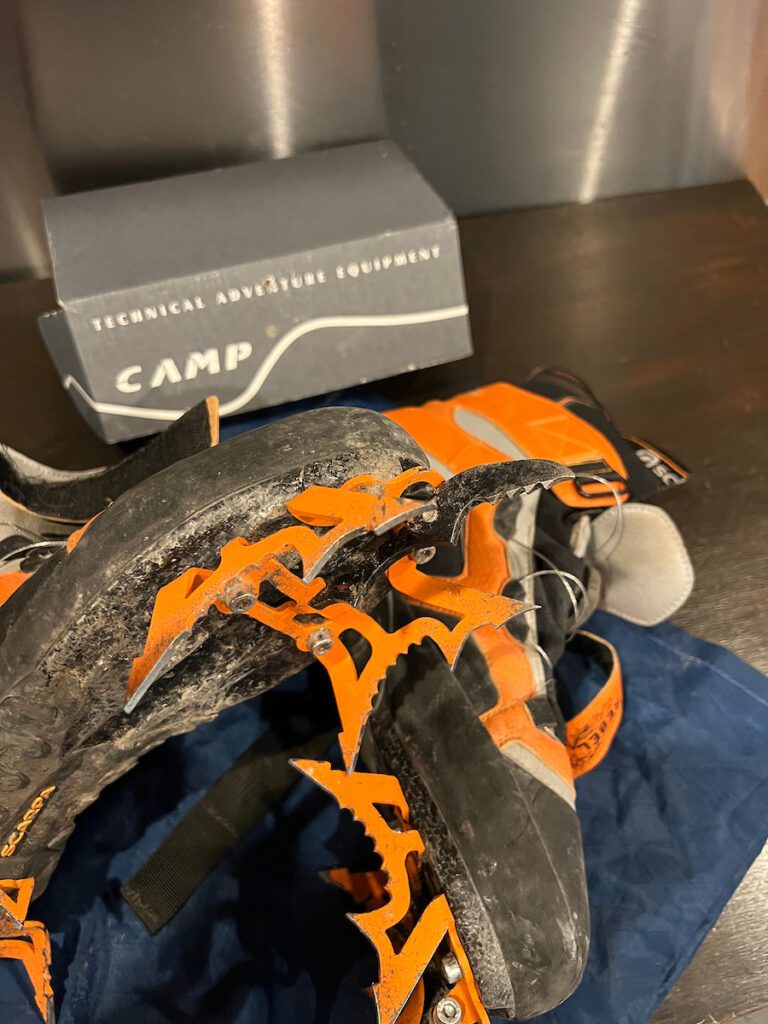 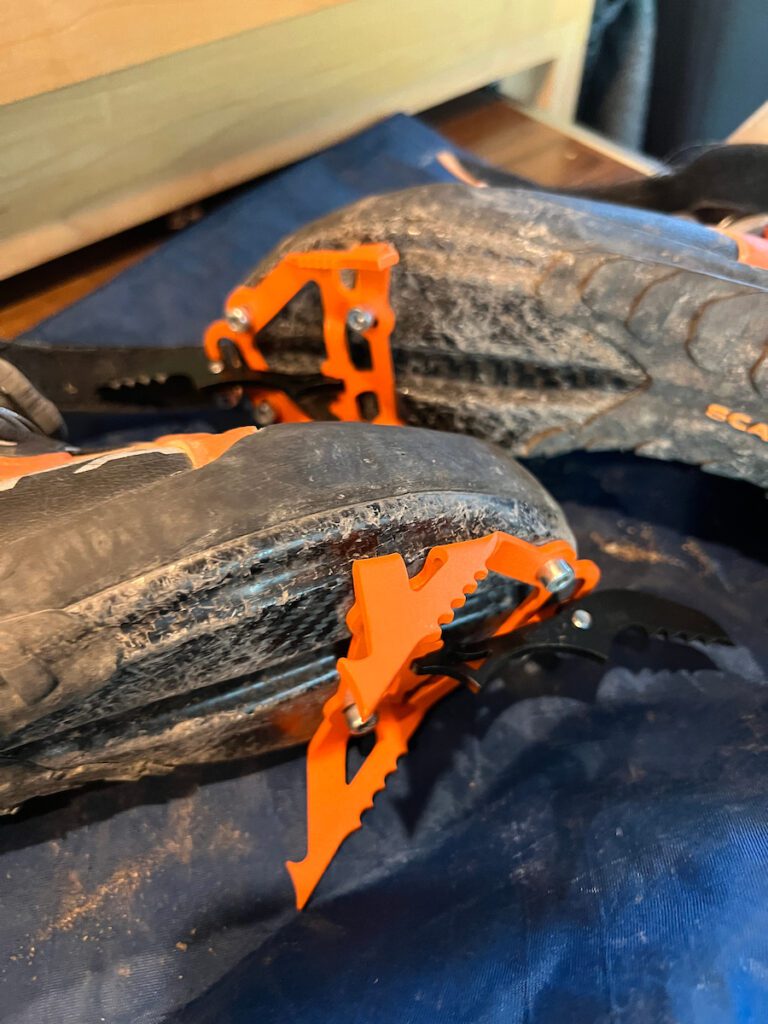 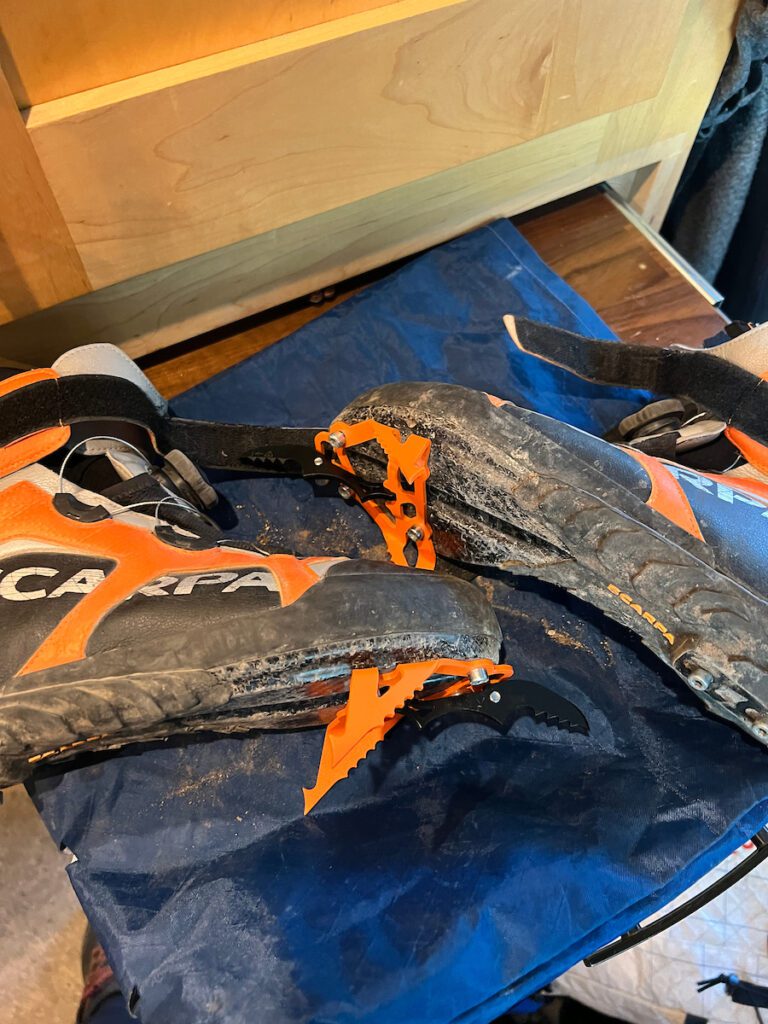 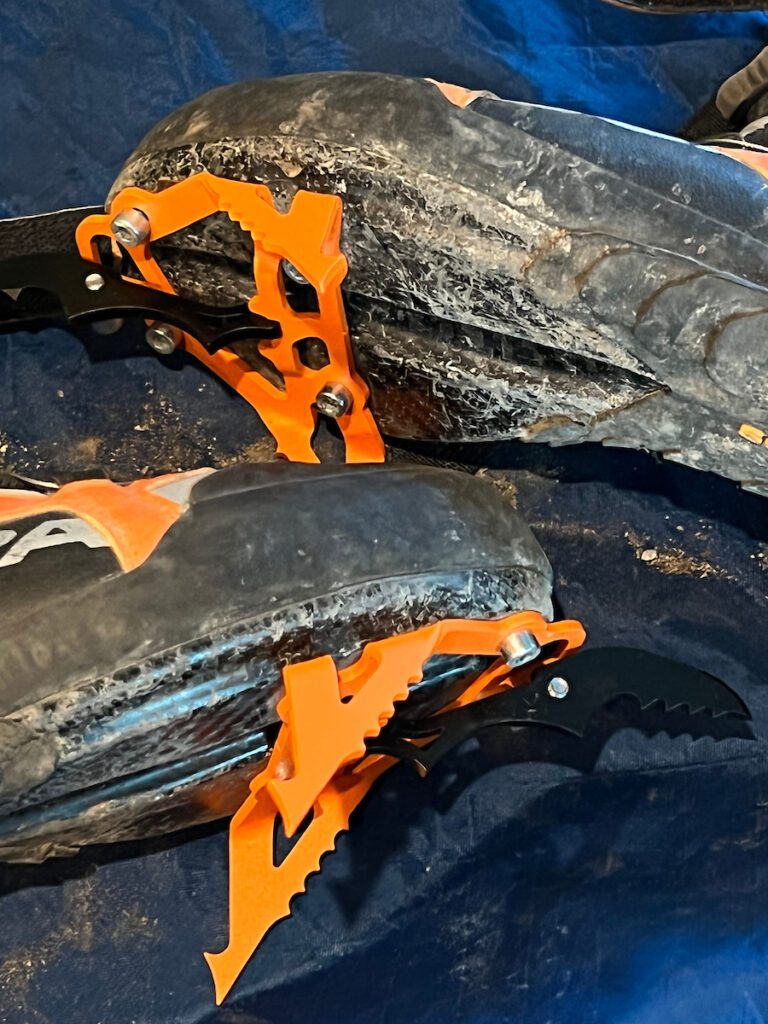 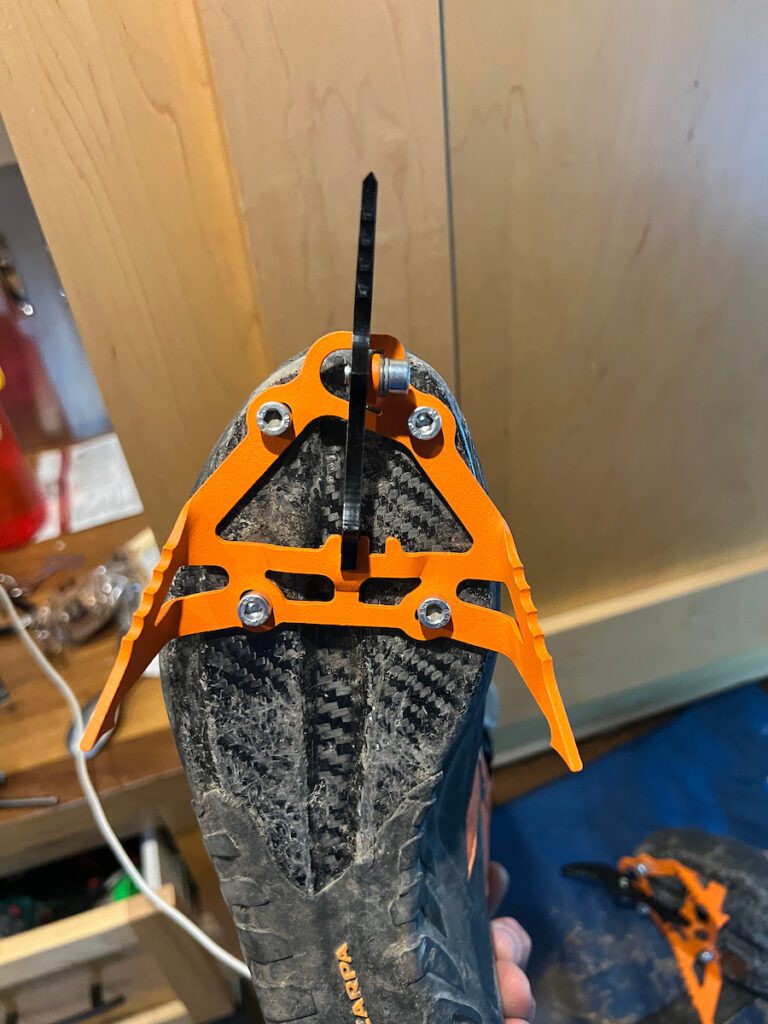 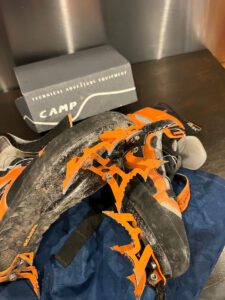 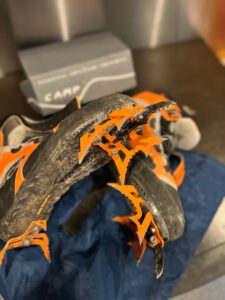 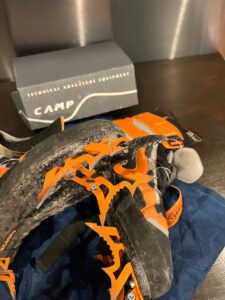 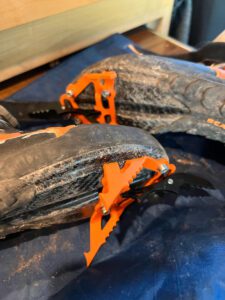 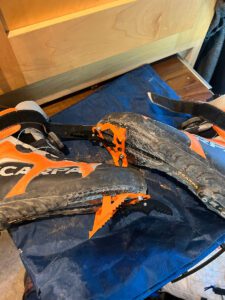 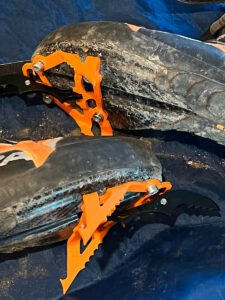 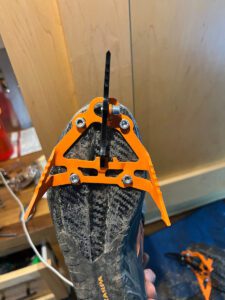