Being the ambassador of a brand means that a climber believes their core values align, which is why it’s big news when someone like Sonnie Trotter joins a team.

Trotter is one of the world’s most accomplished trad climbers, who has long associated himself with brands that are finding innovative ways to reduce their impact on the planet. Earlier this year, Trotter made the decision to join Edelrid North America, along with accomplished alpinists Graham Zimmerman and Chris Wright.

This spring, we talked about how Edelrid is leading the industry when it comes to having environmentally conscious products. Top climber Tommy Caldwell, captain of Edelrid’s athlete team, told us, “The clothing companies are doing a pretty good job at finding ways to reduce their impact. Food companies are doing great, but ropes and hardware – nobody was even talking about it before Edelrid.”

Edelrid was the first rope manufacturer in the world to ensure that all its ropes fulfil the bluesign environmental standard, creating a new benchmark for innovation. In 2015, Edelrid introduced the world’s first bluesign harness, the Huascaran. “At first, it was nylon products that seemed like the easiest,” said Caldwell, “because there are these big third party certifiers like bluesign. Edelrid changed their whole factory and started using way less chemicals and water.”

As captain of the Edelrid athlete team, Tommy had this to say, “In 2016 I went all in with Edelrid. I did so not only because I believe Edelrid stands alone in their product innovation, but more importantly, due to the significant investments they have and continue to make to ensure their supply chains are as sustainable and environmentally conscious as possible. I’ve taken a sort of ‘vote with your influence’ approach in my own life and therefore intentionally choose the brands I support and represent. With Sonnie, Graham and Chris joining the team, that ethos is now stronger than ever.”

Sonnie Trotter’s motivations for joining the Edelrid team also reflect a “vote with your influence” ethos, as he expressed, “Edelrid stands out to me as a company producing incredible products, continually innovating new ones, while all the while being extraordinarily mindful of their impact on the planet and working tirelessly to reduce their footprint. As a lifelong climber, now raising two little climbers myself, it’s imperative that I align with the companies that share a long-term perspective in protecting our playgrounds.”

Zimmerman, who received the 2019 Piolets d’Or along with Wright, Steve Swenson and Mark Richey for their first ascent of Link Sar, put it this way, “Edelrid and I share a vision for a climbing community and industry that can leverage its strengths to help our broader society progress towards a future in which we have a balance between people’s needs and a healthy planet. For this reason, I am delighted to join the team. Also, I must note that Edelrid’s gear is best in class and a pleasure to use in the mountains.”

Wright, IFMGA Guide, summed up his motivations by saying, “Of course the gear is amazing, but it’s the people at Edelrid that made me excited to join the team. There’s so much passion not only for climbing, but also for designing products which let us explore the magical places of the world while preserving them for future generations by focusing on sustainability. That makes the Edelrid family something I’m proud to be a part of.”

All Edelrid’s athletes, like Caldwell, care not only about the products a company makes but also about how that company is using the influence they generate for the company and the profits they make. Edelrid believes more and more that consumers also are beginning to think this way and like Edelrid athletes, support the brand due to their environmentally friendly(er) manufacturing practices.

Blair Williams, Edelrid North America’s vice president, said, “Edelrid is one of those brands that evokes the saying ‘If you know, you know.’ Our customers are fanatical about the brand and yes, they tend to be core climbers and ‘gear heads,’ but also the type of consumer who cares about the after sell and what brands do with the profits they earn from them. Caldwell has played a huge part in our North American efforts to ensure that our athletes and corporate structure align with this vote with your dollar concept. The most powerful aspect about this concept is that anyone, from this perspective, can join the Edelrid team by voting with their dollar to support and help further Edelrid’s sustainability goals.”

Edelrid was founded nearly 160 years ago in 1863, and they remain one of the most storied companies in the world of climbing. With such credits as inventing the climbing harness, quickdraw, and even the dynamic climbing rope, it’s easy to see, especially when taking into account the significant investments Edelrid has and continues to make in their supply chains and manufacturing practices to ensure they are as environmentally responsible as possible, that such respected and accomplished athletes would be so excited to join Caldwell and the team to help further their mission.

See photos from Edelrid’s first North America athlete summit that took place in Squamish last month and be sure to follow Trotter on Instagram below. 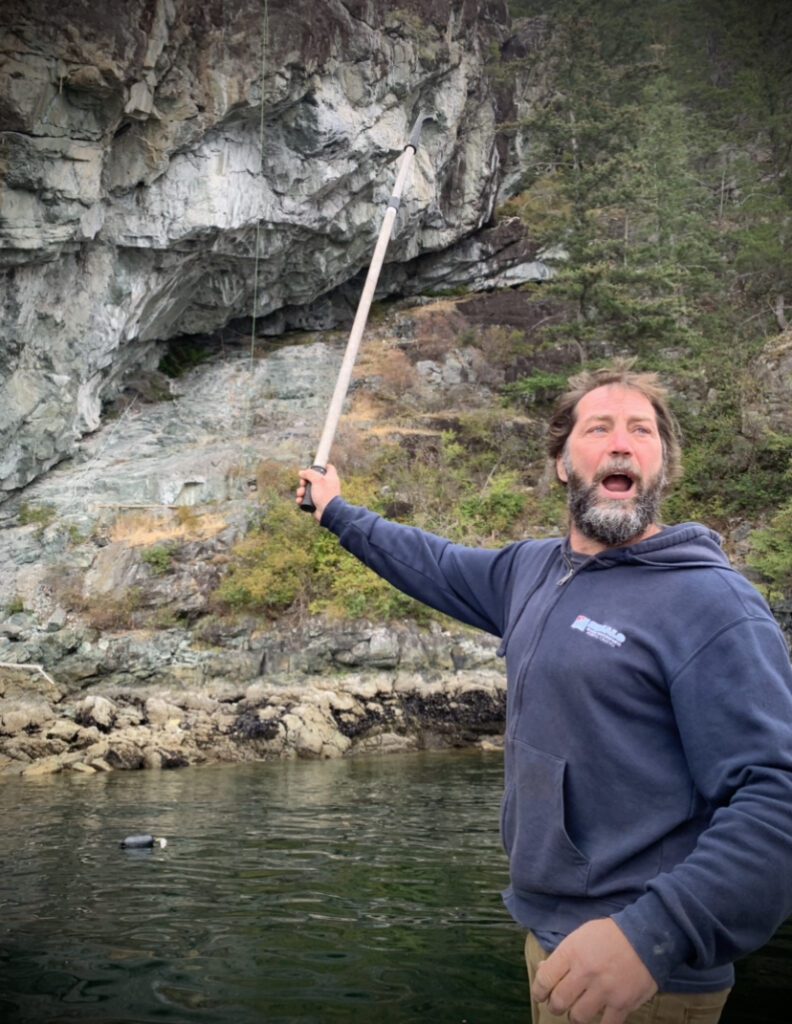 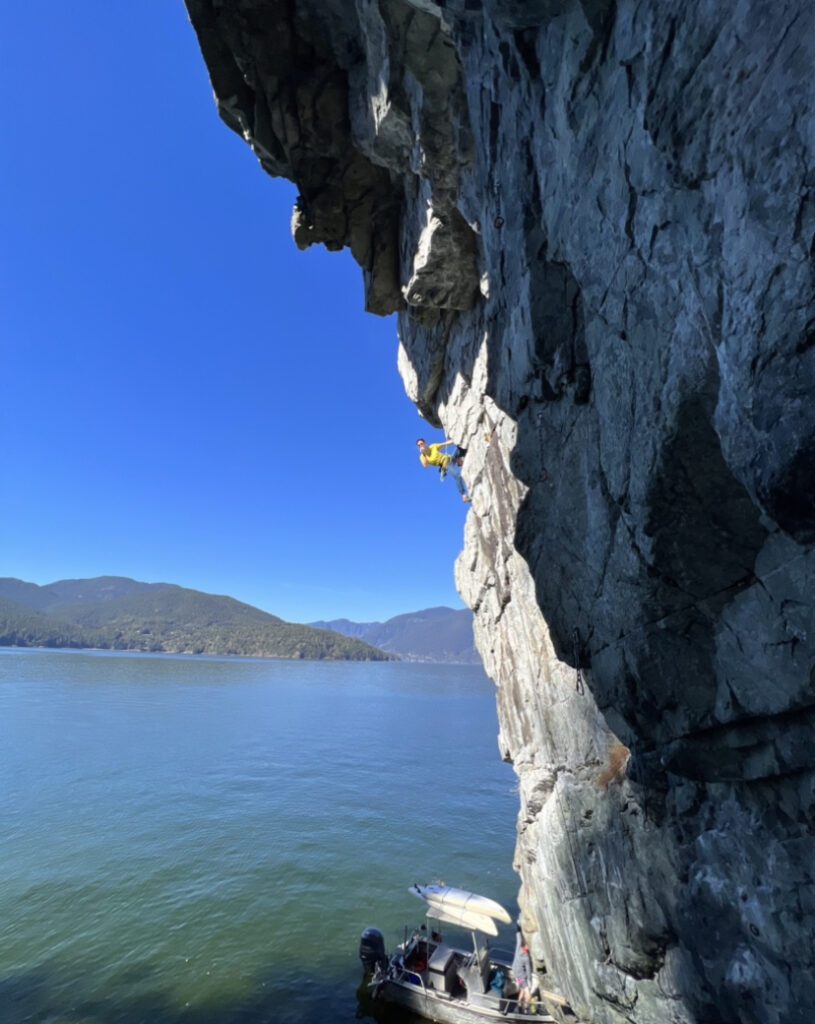 Scott Milton on a 5.12a on Anvil Island 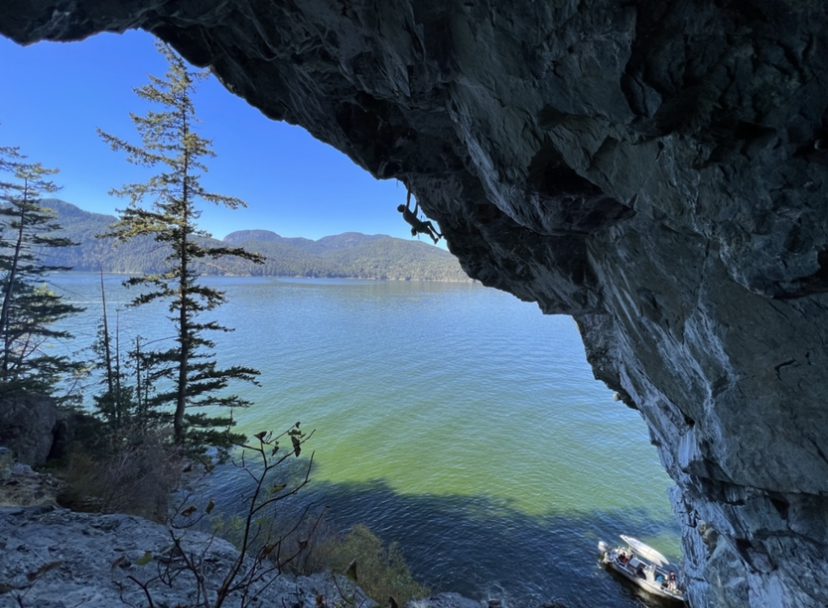 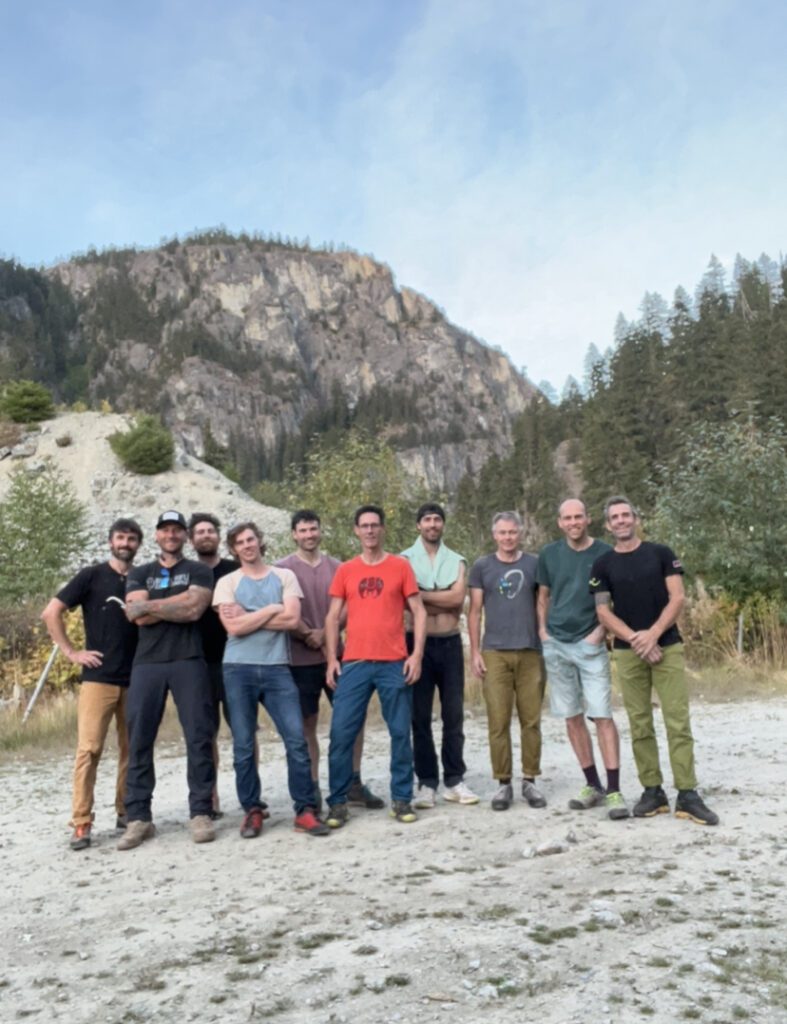 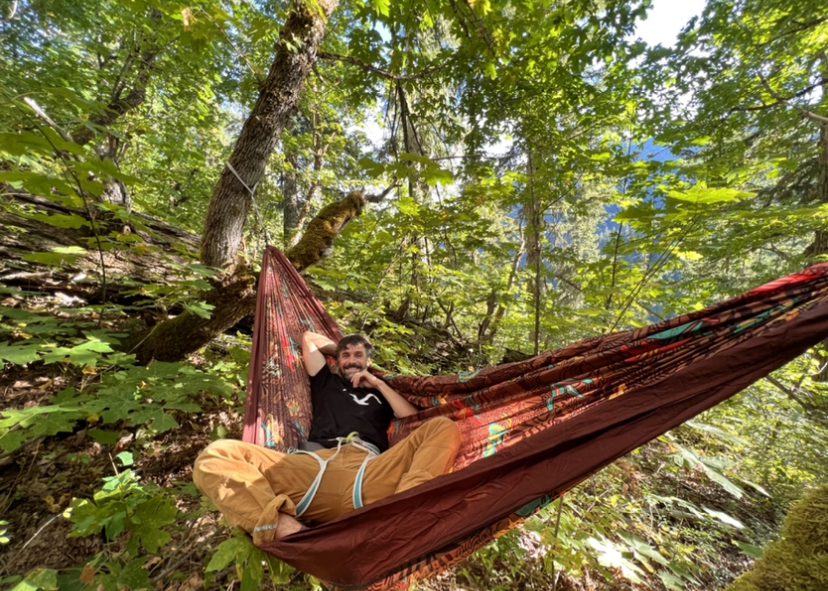 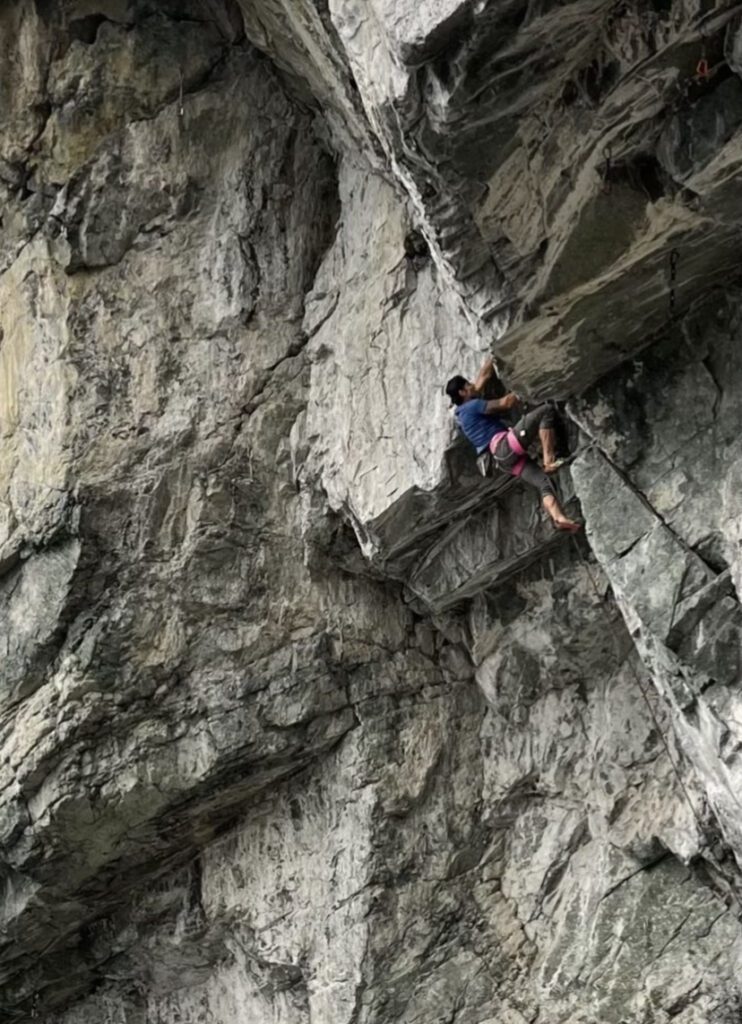 Blair Williams on Road to Illusius 5.12+ on Anvil Island 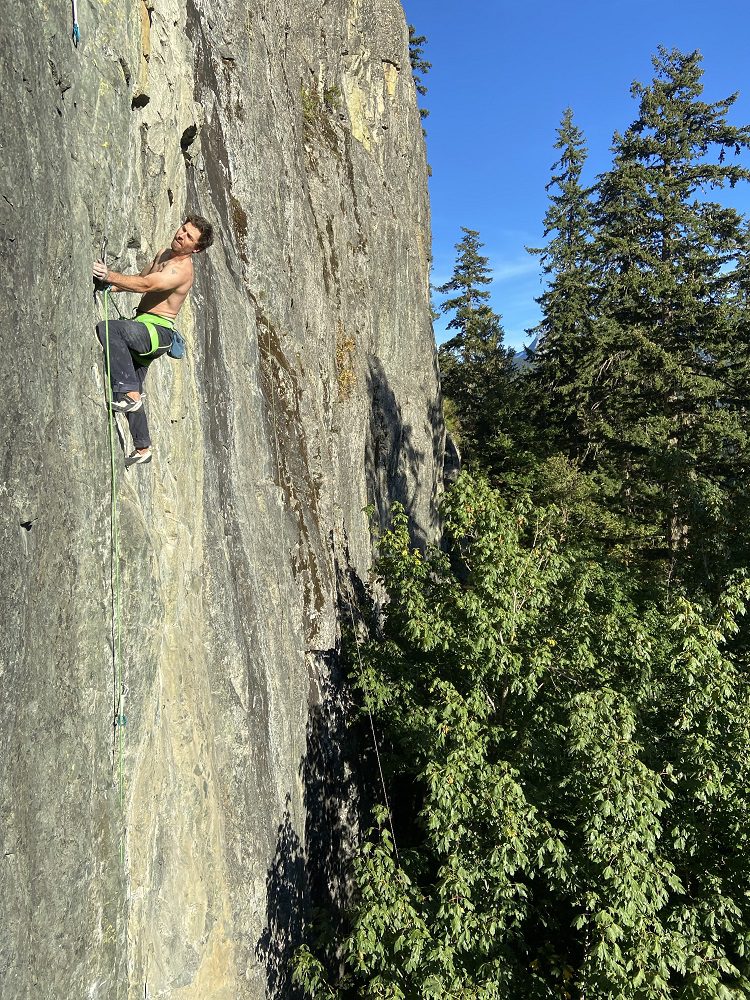 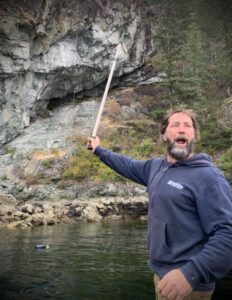 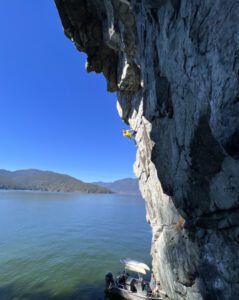 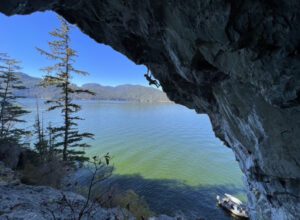 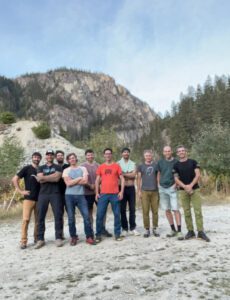 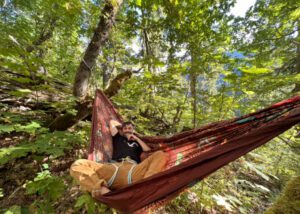 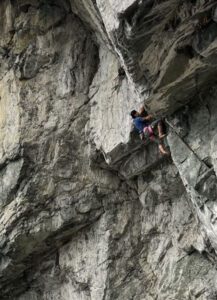 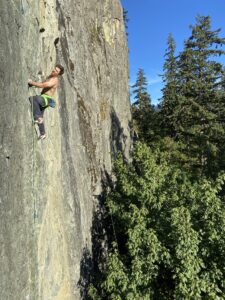