This past fall, Garmin released its latest two-way satellite messaging system. The inReach Messenger is the latest addition to Garmin’s inReach family and is designed to compete directly with some lower cost GPS two-way communicators that have come out in recent years, like the Zoloe, Somewear Global Hotspot and Bivy Stick. These are all subscription-based services and navigating the best subscription for you can be complicated. Garmin offers far too many plans and choosing between them can be confusing.

The messenger is a simple small square box, with a very small screen, an on and off button and an SOS button which is well protected and hidden so you cannot accidently set it off when the device is loose in your pack or pocket. The SOS function sends a message to local emergency services dispatch and works independently from your subscription. 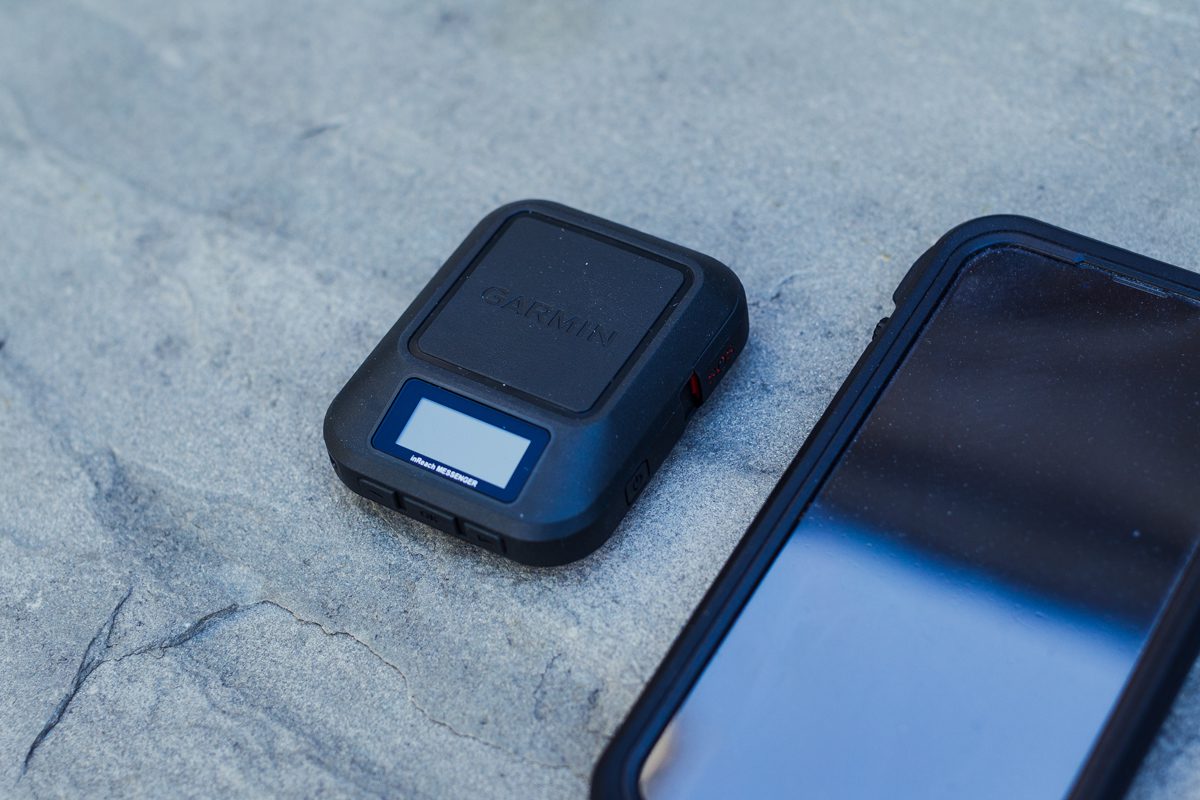 The messenger is usable directly on the device itself or through its companion app. The screen on the messenger is rudimentary but allows communication with the satellite directly from the device. You can type messages or use standard preset messages that don’t count against the messages in your chosen plan, check weather forecasts and even use it to navigate yourself back along your course (a function that is not available or made easier by the app). Essentially, much of its primary functionality is available with the device itself.

The messenger app allows you to set up your contacts, which are the people you are allowed to send text messages to. You can even share your location. It gives you a nice detailed weather forecast (more detailed than on the device) and the interface on the app is very clear and user-friendly. It has all the ease of communicating with your phone. 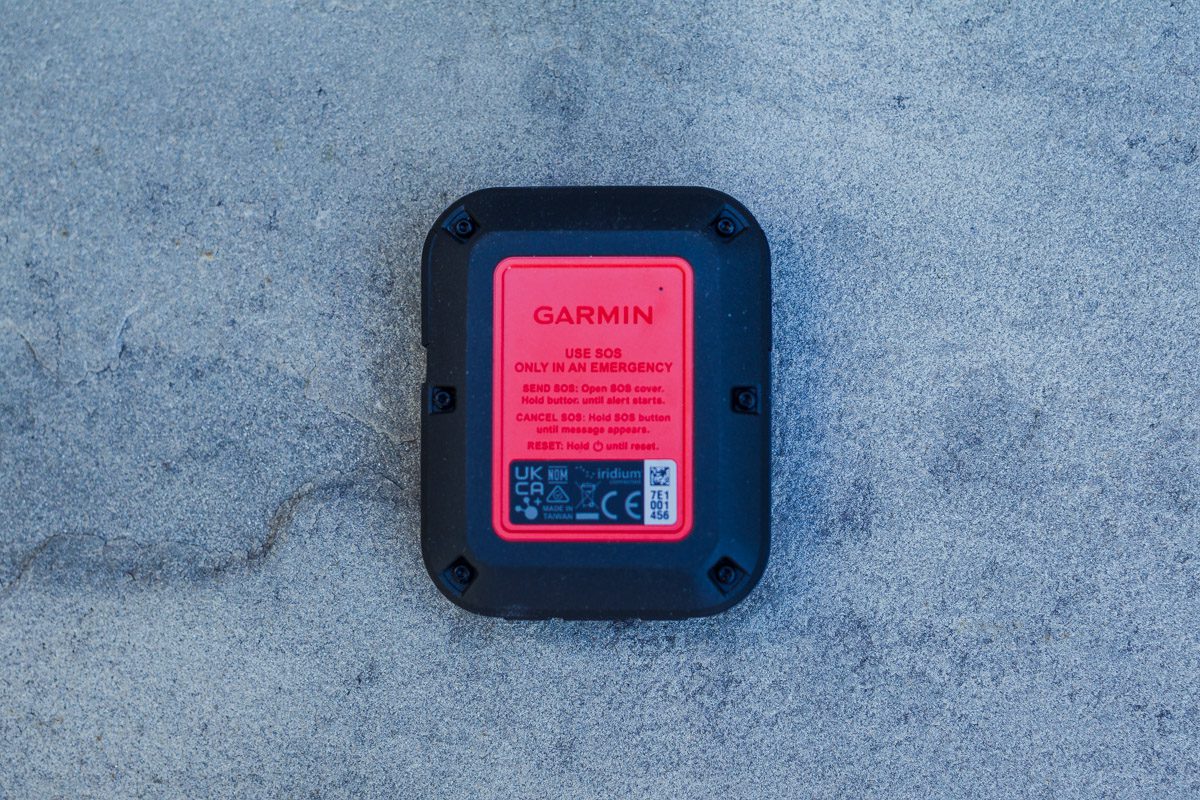 The device has a 28-day battery life on the 10-minute tracking mode. I used this on a recent trip and also used the backtrack to see how effectively it found me back along my path. The trackback got me back to my starting point reasonably efficiently, making getting lost and needing rescue a lot harder. Finally, the device can be used as a phone charger but will drain the battery of the messenger to 25 per cent.

I used the messenger on a recent wintery fall camping trip and found it achieved all its aims admirably. We could communicate with contacts as much as desired with the unlimited testing plan we had, it gave us a very usable weather forecast that allowed us to make decisions about routes, and we had a fairly accurate description of upcoming snowfall, temperature and wind direction. We were wind-bound on a lake and the forecast was in two-hour increments, so we could see when the wind was dying down.

The inReach Messenger is an invaluable addition to anyone’s backcountry kit. It is small and light enough to drop at the bottom of any pack, it has enough functionality to help many prevent unfortunate situations, due to weather, misdirection, or other misadventure and easily keeps you in touch with the outside world as needed. And, of course, it is sure to save lives with its SOS function. (MSRP $389.99 / Weight: 114 grams) 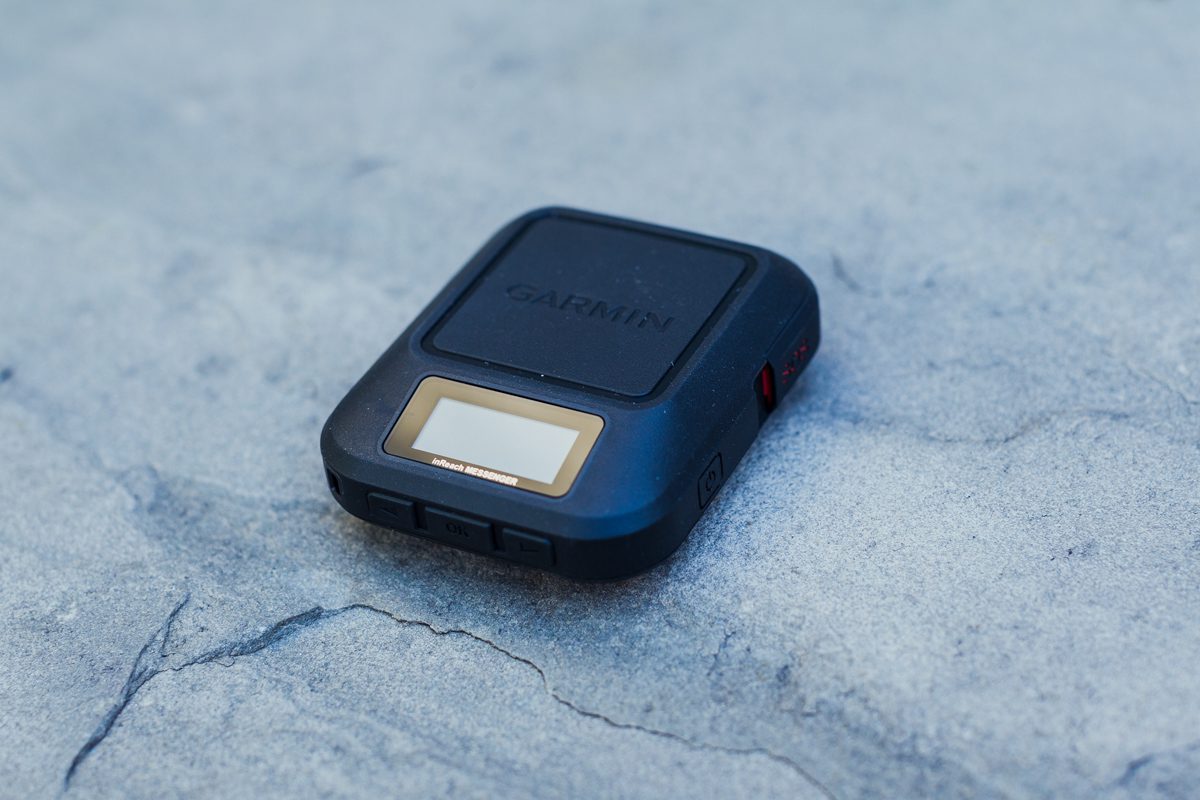