The amount of boreal forest Alberta now protects is twice the size of Vancouver Island.

It’s been announced that Alberta has set aside more than 13,600 square kilometres of land across much of northeast Alberta to protect the boreal.

It seems like interesting timing with B.C. so dead set against building Alberta pipelines. All while Vancouver is a massive exporter of coal.

The provincial and federal governments, the Tallcree First Nation, oilsands giant Syncrude and the Nature Conservancy of Canada announced the creation of new protected areas at a news conference in Edmonton.

“It is very rare that you can announce a protected area network that is globally significant in such incredible size,” said Bob Demulder, the NCC’s regional vice-president for the Alberta region.

All of the parks, except Dillon River, border on Wood Buffalo National Park, a UNESCO world heritage site.

Together with Wood Buffalo National Park and the existing and new parks, the protected land will form a conservation area of 67,735 square kilometres, almost twice the size of Vancouver Island.

The area will be off limits to logging and other industries, such as oilsands development. 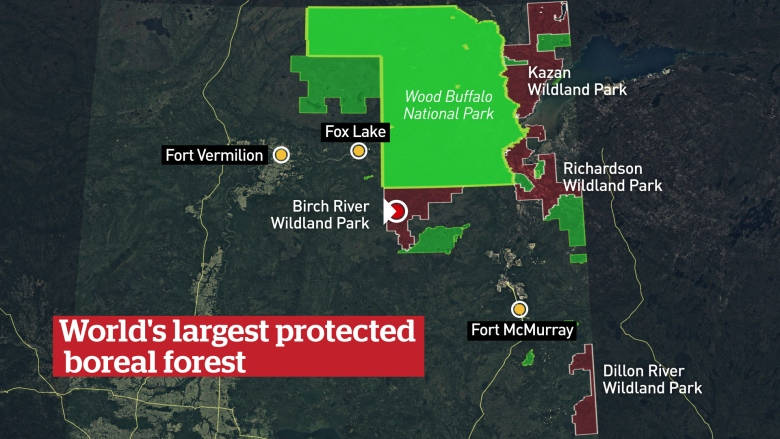