Robert W. Gore passed away on September 8, 2020 m at his home in Newark, New Jersey. The 83-year-old had had an illustrious career in science and technology and was an unlikely hero, for climbers and outdoors people around the world for inventing the material that would become Gore-tex, the first functional waterproof breathable synthetic textile.

It was a life-saving quality that allowed outdoors people, and especially, those, like climbers, who operated in cold, high-output environments to push their limits.

Gore’s discovery, however, was partially accidental. In October, 1969, he was trying a new method of stretching Teflon (polytetrafluoroethylene, or PTFE). After trying other methods, Gore said, “I decided to give one of these rods a huge stretch, fast, a jerk… and it stretched 1,000%” Gore’s jerk had created a thin polymer filled with tiny air pockets: ePTFE.

The material was marketed under the name Gore-Tex. The new material was used for medical implants, particularly a vascular implant, and, of course, outdoor clothing.

In the latter application, it was laminated to a shell and because the holes in the ePTFE were too small to allow water molecules, but small enough to allow vapour to escape, it solved an age-old dilemma in outdoor clothing design: how to keep the wearer dry from their own perspiration and precipitation. 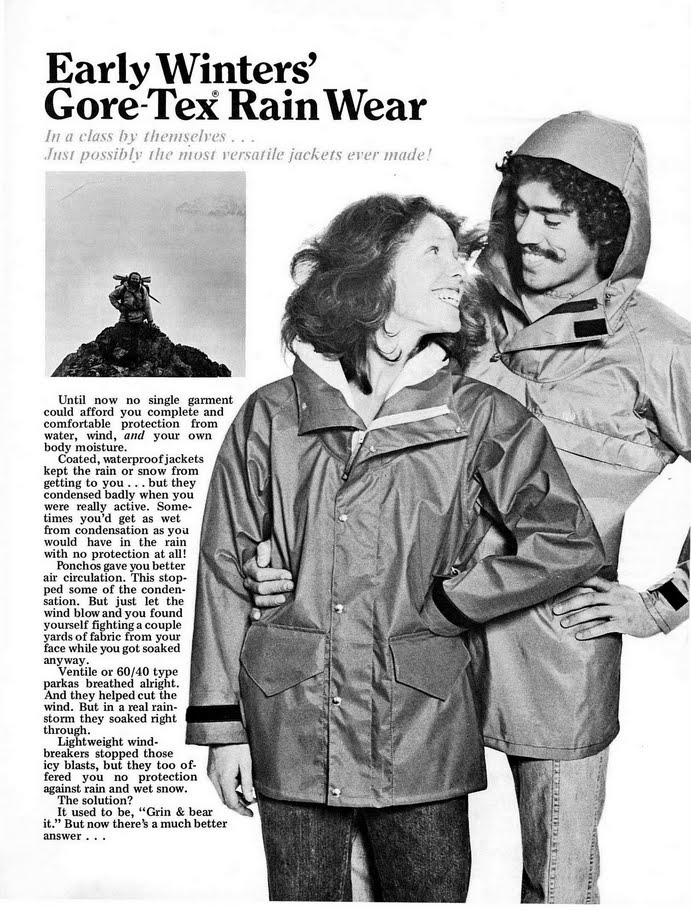 Amazingly, however, the product was turned down, at first, by companies like REI, he North Face and Eddie Bauer. Instead, a small Washington company named Early Winters (named after the Early Winters Spires in the North Cascades) made the first products from the new material which, as yet, did not have the Gore-tex trade name. In May 1976, Early Winters marketed the first outdoor product using the material, the single-walled, Light Dimension tent.  Soon afterward, they marketed the first Gore-tex shell parkas.

Needless, to say, the fabric became a fast favourite with numerous designers, who had previously touted the qualities of canvas and polyester/cotton blends.

For the average user, Gore-tex revolutionized the comfort and fun of outdoor recreation in conditions in which outdoor recreation had previously just grinned and beared it until the weather improved, and for extreme users, winter climbers, mountaineers, ice climbers and backcountry skiers, it was a lifesaver that extended the realm of the possible into previously untenable weather conditions. 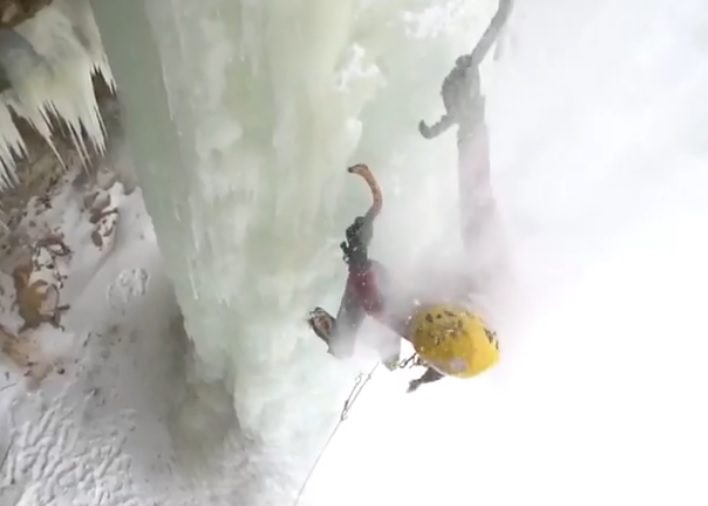 And we all have Robert Gore to thank for that. In 1996, Gore summarized his company’s legacy:

“We plan to leave a legacy to society and to future generations: infants with surgically reconstructed hearts that live because of our medical products; governments of free societies that are better able to protect themselves because of defense products; communities with cleaner and healthier environments because of our filtration and sealant products;

“And yes, people that just have more fun in the outdoors because of our Gore-Tex outerwear.”

RIP Bob Gore, and thanks for all the gear!