Backcountry skier and filmmaker Michael Wirth made the second known ski descent of Comstock Couloir on the remote Mount Dawson in the Selkirk Mountains.

As Wirth said, Comstock Couloir is the least recorded climbed and skied line of all the 50 Classic Ski Descents of North America.

This is my journey and battle to climb and ski the Comstock Couloir of Mt. Dawson in a single effort:

Fourteen years ago, this line saw its first descent. Fourteen years went by with no one successfully recording a re-entrance into the Comstock.

I opted to do this route solo and pure. What that means for me is scouting yourself, collecting your own data via mapping analysis and formulating your plan independently. Besides, there isn’t much (or really any beta) for this route – aside from the fun video Hill made back in 2008. The only way to get a more intimate view into the nuances of the route would have been to connect with one of the individuals that skied it 14 years prior. Nonetheless, I chose not to.

I wanted to utilize my skill for mapping an unknown area via combining multiple software’s, utilizing satellite imagery.

The Comstock is technical and complicated because of the mere distance you have to travel in the big terrain of the Selkirk Mountains. The cornice at the top of the Comstock was undoubtedly the biggest concern in the line itself – it’s just terrifying. It could break at any moment and wipe the line.

Now for my experience itself and what I did to carefully steer clear of these hazards (see below).

As a summation:
.
1. Follow a precisely calculated line up the climber’s right of the Comstock to stay protected under small rock outcroppings and utilize the camber of the couloir in case anything decided to move overhead. Opt for fifth class rock climbing for the final 300 feet to steer clear of the exposure posed by the large cornices directly above all the snow climbing at the top of the couloir.
.
2. Balance efficiency and speed with patience and slowness later in the day to steer clear of large wet-loose avalanches. Essentially waiting for a refreeze later in the day to ascend back over Asulkan pass on the south side.

The book was published in 2010 and was written by Art Burrows, Chris Davenport and Penn Newhard. It’s considered one of the must-have publications for big mountain skiers. The following are the lines included. 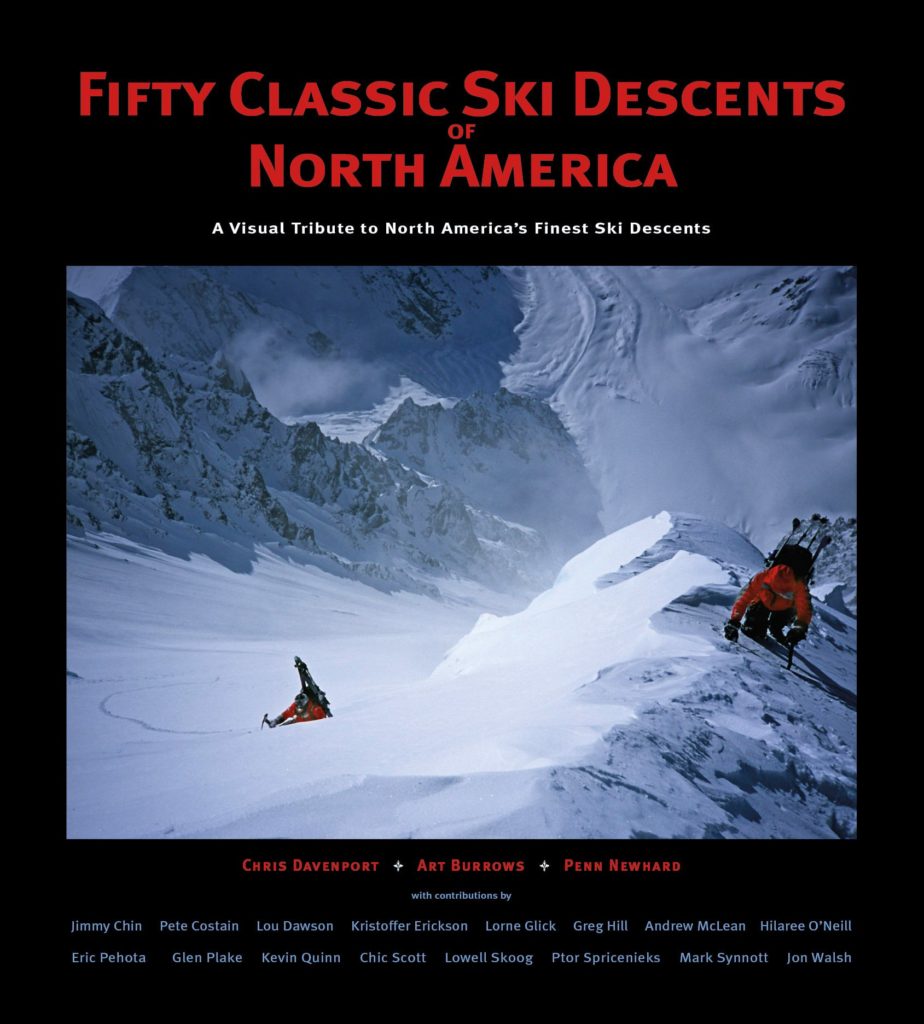