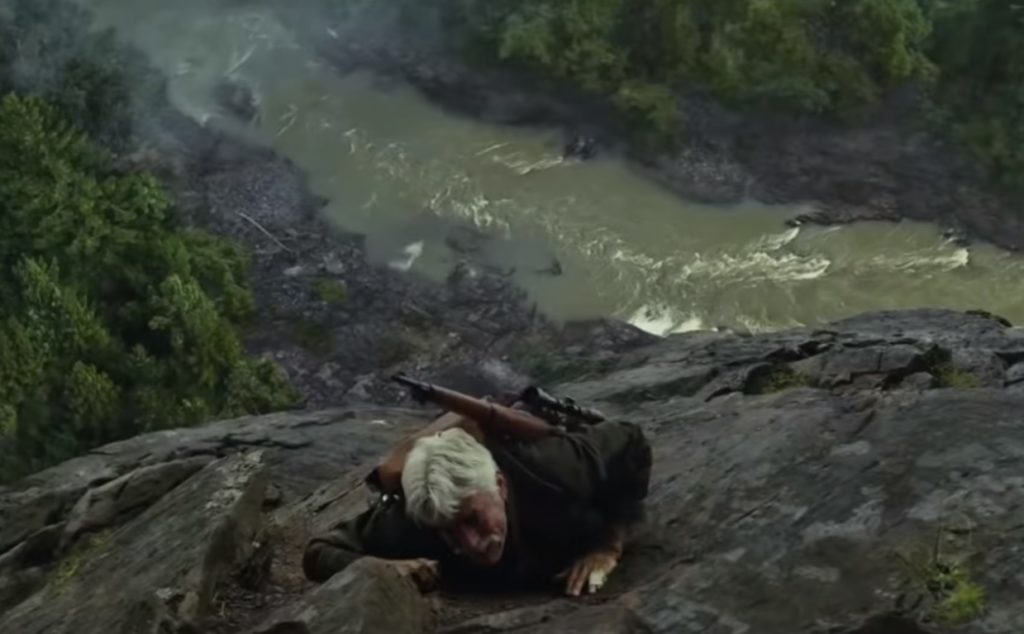 Legendary actor Sam Elliot stars in The Man Who Killed Hitler and Then The Bigfoot, which is currently at theatres. In the epic film, Elliot is seen climbing a steep rock above a river and joins other movie stars who’ve appeared in films climbing, from Tom Cruise and Sylvester Stallone to Clint Eastwood.

The film is described as: Calvin Barr, an old, bitter recluse who was once a legendary assassin for the US government, and whose task to kill Hitler almost changed the course of WWII, is asked to come back from retirement for one final top secret mission – to track down and eliminate a Bigfoot that became infected with a deadly disease that could spread to others if the creature remains on the loose in the forest for too long. During the mission, Barr’s WWII past is shown through flashbacks.