A spring race down the wild Saudan Couloir on Blackcomb Mountain began in 1987, soon billed as “2,500 Vertical Feet of Thigh Burning Hell.” The double black diamond ski line is one of the most famous in Canada.

The couloir is named after Switzerland’s Sylvain Saudan, a ski legend around the world. He made at least 23 first descents, including an epic 1982 descent of Pakistan’s Hidden Peak which gained him entry into the Guinness Book of World Records for the highest and steepest slope ever skied. 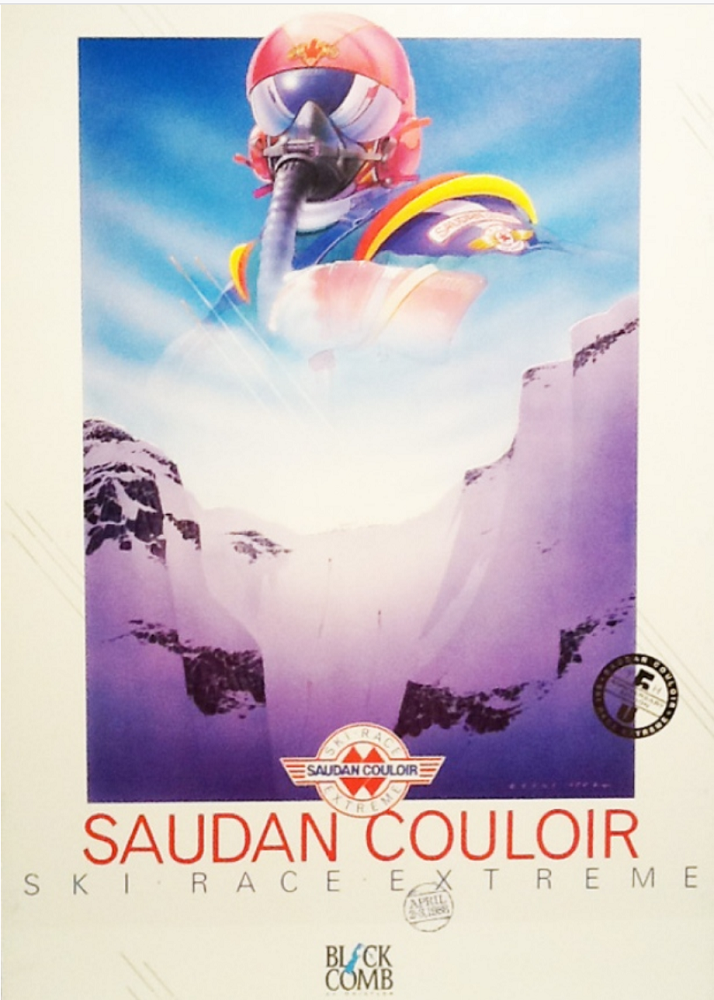 Whistler never asked to used Sylvian’s name, which led to decades of legal battlers. Pemberton filmmaker and extreme skier Peter Chrzanowski, who worked with Saudan over the years, told CBC, “He found out about it … and asked [Blackcomb] what are you doing with my name? And instead of talking to him they cowered and changed the name to the Couloir Extreme thinking he’ll go away.”

The ski race took a 15 year hiatus, but after Sylvain fought the good fight and recieved compensation for the use of his name, the race returned in 2018.

The description of Saudan Couloir on Fatmap is: Looking to get your heart racing? The Saudan Couloir is one of the most famous expert trails found on either mountain. If you are looking for credibility and bragging rights, it has been named one of the top 10 steepest ski runs. The top section is extremely steep and technical, which mellows out closer to the bottom, funneling you into Jersey Cream Bowl. If it hasn’t snowed in awhile, expect some very large moguls to contend with up top along with the very steep degree of the slope. You will be able to scope this line from the top of the Jersey Cream Express, as it is right down the center of the bowl to the right of the moraine when viewed from the chairlift, skier’s left from the drop in. The line sits right down the center of the bowl. It is accessed from the top of the 7th Heaven at the Horstman Hut, just follow the signage.”

Saudan had only skied the line once before a film featuring some of his skiing debuted in 2018. “I hope to ski more on that run,” said Saudan in the video. “It’s a very good run. It’s not too dangerous. Just choose it when the snow is very good, that’s what the young ones have to look for. It can be a test (before doing more difficult) ski descents.”

Whistler has some of B.C.’s best resort and backcountry skiing. Always check avalanche conditions here before heading out.