On Feb. 27, an Air Dynasty helicopter crashed shortly after takeoff and seven people were killed, including the captain Prabhakar KC, members of Nepal’s government and travel industry.

Rescuers reached the mountain site where the helicopter went down, about 400 km east of Kathmandu, Home Ministry spokesperson Ram Krishna Subedi said. He said all seven on board had been killed.

“The helicopter was returning after a trip to Pathivara [a religious site in Taplejung district],” Home Secretary Prem Kumar told reporters.

One of the victims was Ang Tshering Sherpa who was the founder of Yeti Airlines, Air Dynasty helicopter service and owned a number of tourism agencies and hotels. Another was Rabindra Adhikari who was Nepal’s minister of tourism, culture and aviation. Other victims included Birendra Shrestha and Dhruba Bhocchibhoya who both worked with the Civil Aviation Authority, Yuvaraj Dahal (secretary to the Minister of Tourism) and Arjun Ghimire.

The crash site is about 240 kilometres northeast of the capital Kathmandu. This is just the latest aviation accident to plague Nepal lately. In September 2018, six people were killed when a helicopter crashed in a dense forest area of central Nepal.

In April last year, a Malaysian jet with 139 people on board aborted its takeoff and skidded off a runway. A month earlier, a US-Bangla Airlines plane crashed near an airport, killing 51 people. Nepal-based airlines are banned from flying in the European Union airspace.

As Nepal readies for another busy tourism season, there’s not telling what negative impacts this accident will have. 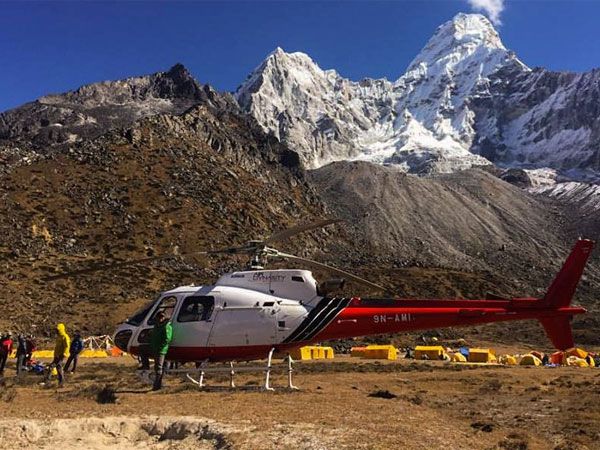