Nexus follows five groups of friends through the mountains in a unique film that’s more about connection than ski stunts. The description reads, “Women. Skiers. Friends. Nexus is a ski film documenting five distinct groups of women, exploring their connections to each other, the transformative power of the mountains, and the lessons learned from their time on skis.” 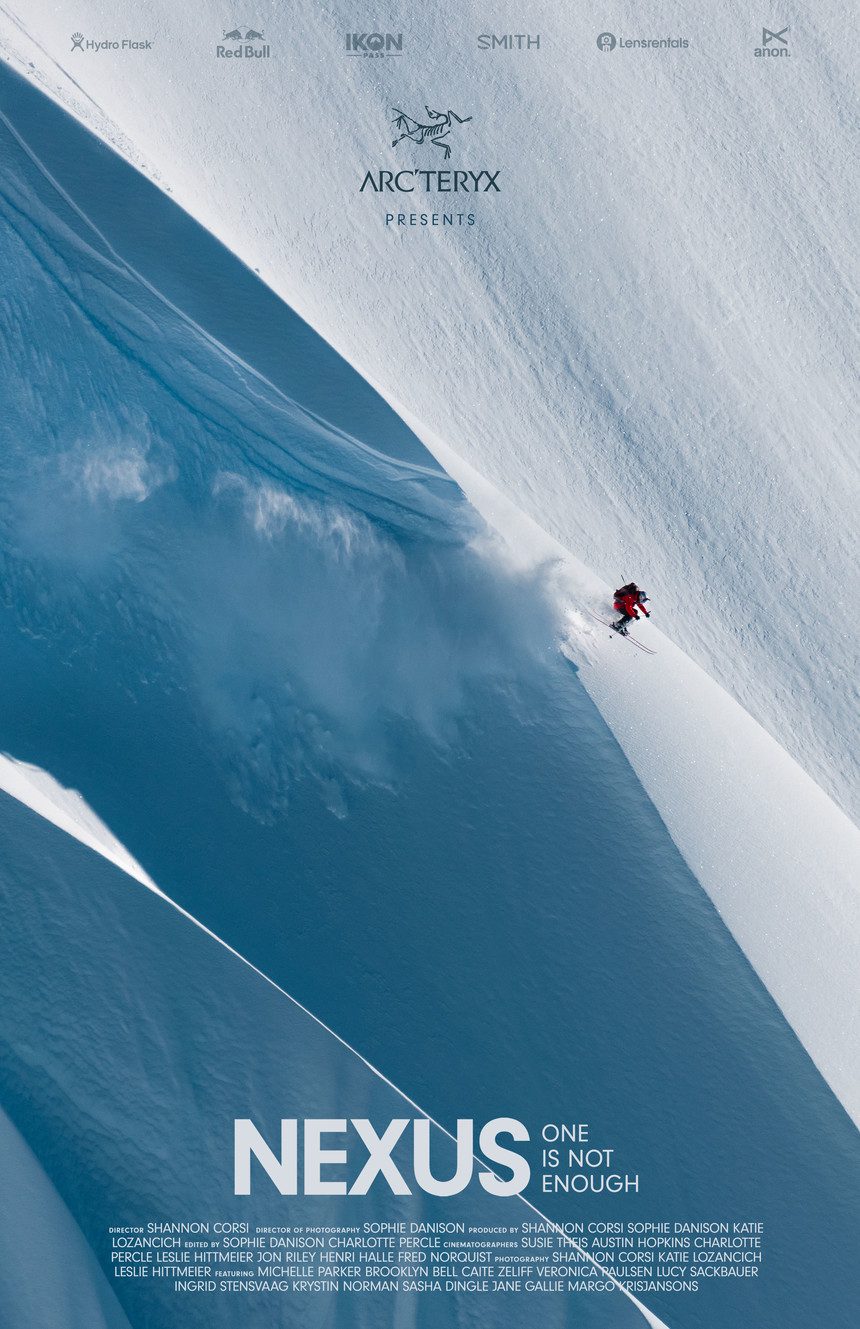 Produced by Shannon Corsi, Nexus was created by an all-female crew of cinematographers, photographers, producers, directors and athletes. It’s filmed all around North American, from the Tetons to Cascades and beyond. It includes pro skiers and those who’ve never skied for a camera crew.

Featured are Jane Gallie and Margo Krisjansons, who’ve been skiing in the Tetons for 40 years, Michelle Parker and Brooklyn Bell in Alaska, Veronica Paulsen and Caite Zeliff, Lucy Sackbauer and Ingrid Stensvaag, and Sasha Dingle and Krystin Norman.

“In my 20-year career, I never thought I would see the day that I was out in the mountains filming for a project with all women behind the lens, directing, producing, the whole nine yards,” Parker said. “The creators of Nexus were up against the odds and I cannot wait to see the full-length film. Such a special and memorable project.”

And director Shannon Corsi said, “There aren’t enough words to describe how excited I am to finally share this. Nexus is a project I’ve been working on for two years — a feature length ski film that follows five pairs of athletes and showcases the very different ways that skiing has impacted the trajectory of their lives.” This is one of the best ski films you’ll watch this year.