The Government of Pakistan and United Nations Development Programme (UNDP) have launched a new US$37 million project that could benefit 30 million people.

Led by Pakistan’s Ministry of Climate Change, with support from UNDP and US$37 million in grant funding from the Green Climate Fund (GCF), the five-year project targets the most vulnerable rural communities in the high-altitude regions of Gilgit-Baltistan and Khyber Pakhtunkhwa, where around two in 10 people live on less than US$1.90 per day.

“When glacial lakes burst, they can release millions of cubic meters of water and debris, taking lives, destroying property and infrastructure, and wreaking severe damage to livelihoods in some of the most remote and poor areas of the country,” said Additional Secretary at the Ministry of Climate Change, Mr. Shakeel Malik.

“This project will save lives, protect against damage, and support climate-resilient livelihoods, helping Pakistan reach its goals to end poverty and hunger by 2030, ensure peaceful economic and social development, and support our work to leave no one behind in our race to reach the bold goals outlined in the Paris Agreement, Sendai Framework for Disaster Risk Reduction and 2030 Agenda for Sustainable Development,” said Malik.

Over 3,000 lakes have been created as a result of melting glaciers in the Gilgit-Baltistan and Khyber Pakhtunkhwa regions of Pakistan. Around 33 are considered hazardous, putting some 7.1 million people at risk from glacial lake outburst floods.

In 2010, the Booni Gol Glacier, located near Chitral, generated an outburst flood that killed 1,980 people, injured an additional 2,946 more and destroyed some 1.6 million homes.

More than half of the project beneficiaries will be women, propelling Pakistan’s efforts to reduce inequalities and ensure gender equality by 2030. 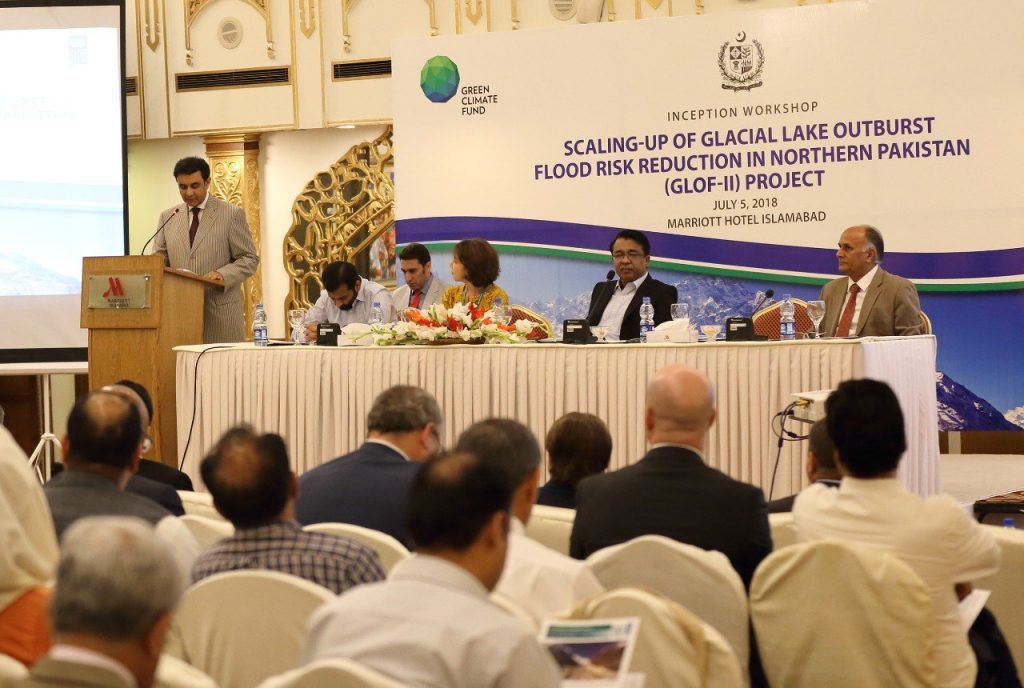