When Carla Cupido saw The Moment, a highly-acclaimed documentary about a crew of pioneer mountain bikers in B.C., she felt a part of something, of a community, of which she had never otherwise been a part. She was inspired by the film’s capacity to unite as much as by Darcy Turenne who, as a woman, is a minority among predominantly male adventure film directors.

In addition, informed by her practice as a chiropractor, Cupido believes that women can and should be empowered by their physical bodies.

And thus emerged the vision for She Summits: a community-bonding, female-focused adventure film festival.

As the first person to free climb The Nose in Yosemite, Lynn Hill has been pushing boundaries that we’ve all benefited from. On April 7, Lynn brings to us stories of wisdom from her decades of experience as a rock climber, as a woman changing the landscape of gender equality in sport, and as a mother. This legend’s presentation will make you feel like you can ascend any summit you dream of. Tickets available: https://www.shesummits.org/program @_linacolina_ @shesummitsorg #SheSummits #Vancouverevents #surfing #climbing #womenempowerment #strongwomen #mountainfilm #biking #mountainbiking #community

The event is described as “a community festival that empowers people through female-focused adventure films, sport clinics and special events.” But Cupido is quick to point out that She Summits is not a festival exclusively for women but a festival for all people to gather in celebration of women.

The festival takes place in North Vancouver from Fri. April 5 to Sun. April 7, 2019. There are three exciting speakers lined up. One of the world’s best female surfers, 16-yr-old Mathea Olin, and adventure photographer Bryanna Bradley, will present at the Sunday afternoon film screening. The Sunday evening film screening will feature a presentation by the legendary, pioneer rock climber, Lynn Hill. 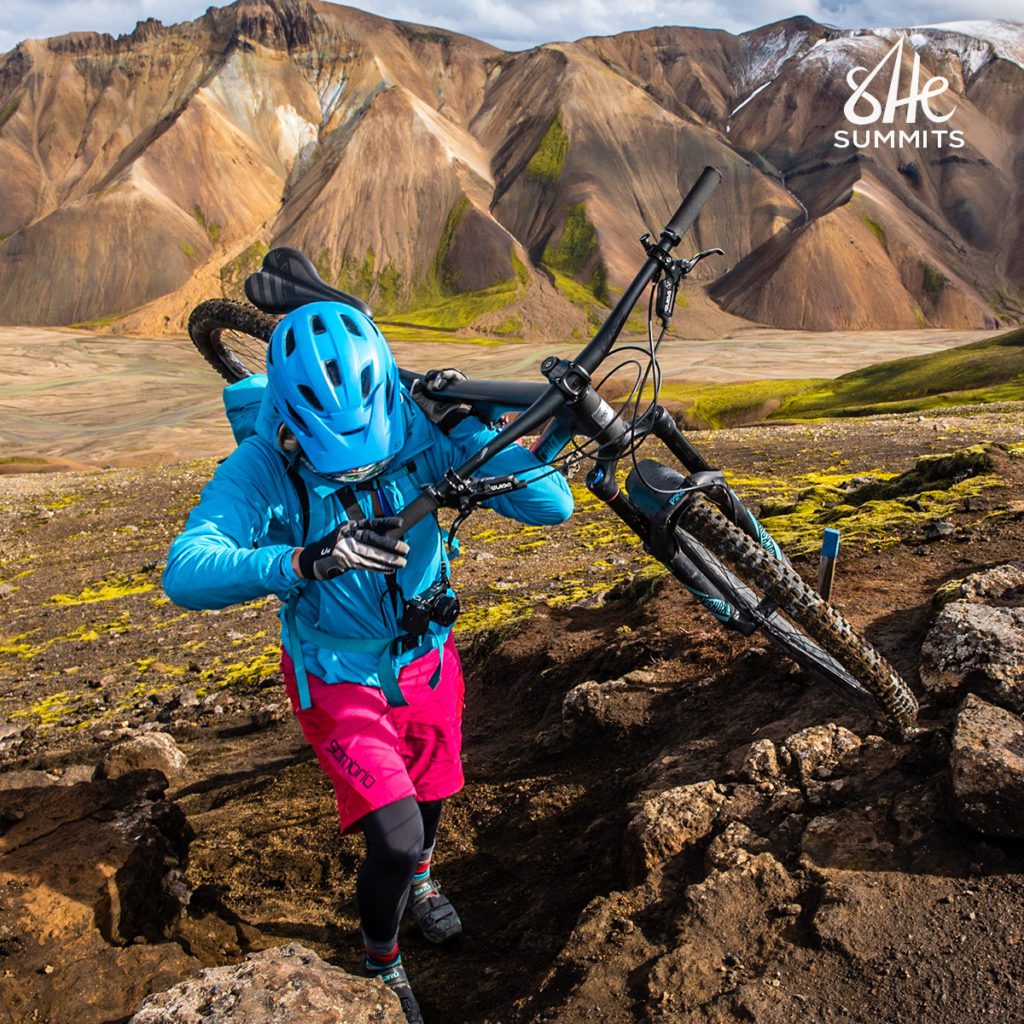 In addition to the nine featured films (described here), which are bound to impress and inspire, there are fun, thoughtfully designed events for a wide variety of ages.

Join the Friday evening Arc’teryx discussion panel on gender equality in sports. Take your friends or kids to the Ocean Education and Exploration event on Saturday afternoon. There’s also a bouldering social, a bouldering basics clinic, and a Girls Dig event run by leading women in the trail-building community.

For full event details and to buy your tickets, visit www.shesummits.org. For a chance to win tickets, tag @grippedmagazine and #shesummits on Instagram.