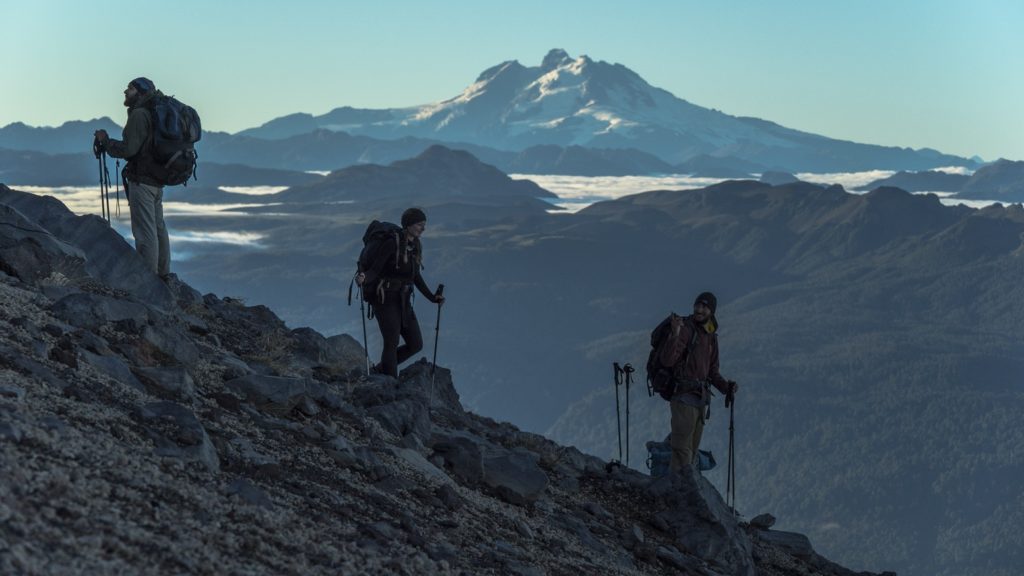 As they immerse themselves in the history and culture of this extraordinary region, they discover the beauty, volatility and fragility of the Patagonian landscapes.

Director Garrett Martin is the producer, cinematographer and the visionary behind the film. He travelled as a part of the crew to film their experiences on the trail and the raw beauty of the Andes Mountains.

His mission is to show this region like it has never been seen before and inspire people to join the environmental movement in Chile and worldwide through the creation of the movie.

Greater Patagonia is a term coined by Jan Dudeck to describe the trail he is currently blazing in Chile around and through Patagonia.

It is currently the longest continual trail network in South America and follows a combination of old farm roads, horse trails, and footpaths. Upon its eventual completion, the Greater Patagonian Trail will lead right to the most southern point of South America.

The trail is titled the Greater Patagonian Trail because a majority of the path is not actually located within the technical boundaries of Patagonia.

The film crew’s journey began just south of Santiago, deep in the Andes, and hops around until they conclude in Patagonia National Park.

Of the 3,000+ km that they cover, they hike and pack-raft 700+ km of it, exploring in-depth the mysterious beauty of the Andes mountains.

Click here to learn more about this incredibly unique trail. If you are considering traveling it, please do so safely, respectfully and responsibly.