The book Raven’s End was written by Ben Gadd and published in 2001, it has become a sort-of cult classic for climbers.

Ben, father of top ice climber Will Gadd, knows the Canadian Rockies as well as anyone. He is the author of 10 books on the area.

His best-selling Handbook of the Canadian Rockies is an award-winning guide to everything from geology, botany and bears to human history, places to visit and appropriate recreational activities. 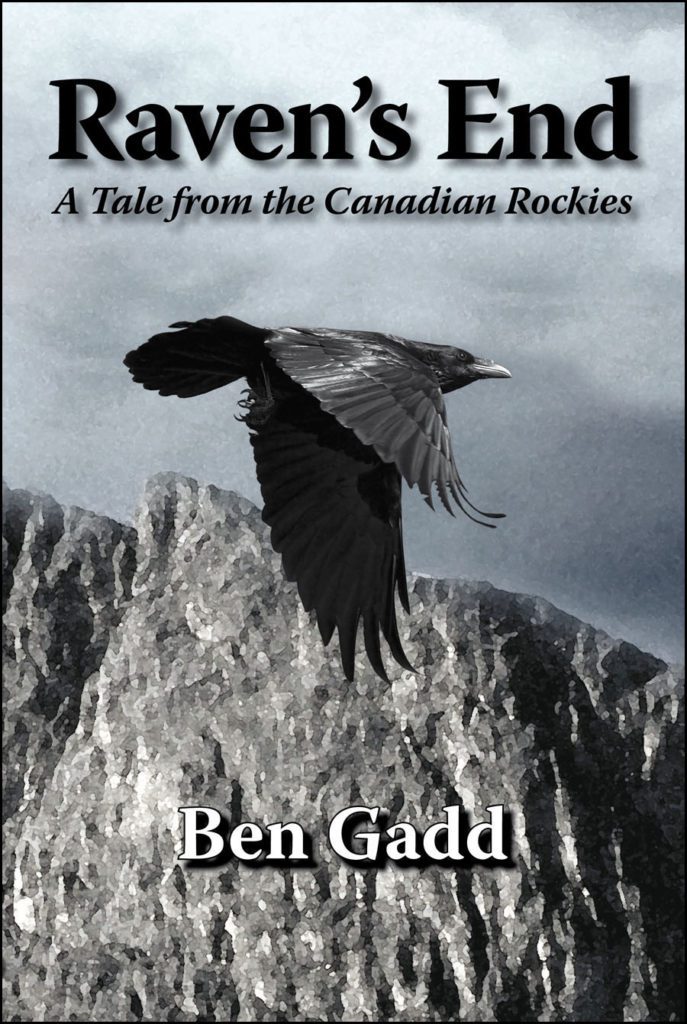 With a degree in earth science and four decades of teaching and writing about the Rockies, Ben is an acknowledged authority on the region.

In the early 1980s, he worked for the Canadian government as a park interpreter in Jasper National Park. In 1985, he and his wife Cia became independent natural-history guides. They may have been the first such licenced private-sector interpreters in the national parks.

Raven’s End is told from the omniscient viewpoint of the ravens at Raven’s End on Yamnuska. The area is often visited by climbers in search of some of the fun one- to three-pitch limestone climbs. Plus every hiker who heads up Yamnuska passes through Raven’s End.

The main character, Colin, arrives with no warning and no memories of who he is or, indeed, much of anything. The ravens of the flock at Raven’s End especially Zack, Molly and Greta are his anchor and his major sources of information.

Following them takes us on a journey of beauty, day-to-day living with with fun and hard times, life and death, good and evil and a sense of discovery that encompasses far more than you would expect.

Listen to an interview with Ben about his life and the book here and visit the website here for more.

Raven’s End is a tale of nature and mystery, it’s wonder and life and a battle between good and evil; it’s a story that lives on long after the last page has turned.

This is a great book written by a legend of the Canadian Rockies. Many climbers read it to their kids as a children book because the characters are so fun.

Visit here to purchase it.

Listen to Ben read from Raven’s End while hanging out at Raven’s End on Yamnuska’s eastern shoulder in this video by Bill Belsey and visit his website here.