Bouldering 4x4s are a popular training tool for building power endurance—the ability to execute multiple near-maximal moves in a row without rest. Power endurance is different than regular endurance and therefore deserves its own training regimen. Routes defined by power endurance are often steep, dynamic, and bouldery, with limited rest opportunities. Long, exhausting boulder problems can also be classified as power endurance climbs.

When we climb these types of routes and problems, we are continuously performing moves near our limit, fatiguing fast-twitch muscle fibers in our forearms, biceps, shoulders, back, chest, and core. Because these fibers are not activated in less intense endurance training, we must put them through unique training—such as 4x4s—to strengthen their metabolic pathways and prevent that dreaded fall-inducing pump.

So how do bouldering 4x4s work? The general protocol is quite simple, although there are lots of different views on the exact specifications. Generally, the workout looks something like this:

A climber carefully selects four boulder problems. They climb these four problems back to back, with as little rest as possible in between problems. They then take a rest period of typically four minutes. The climber then repeats this process three more times, using the same problems as in the first set. In the end, the climber has performed four sets of four boulder problems, with each set being separated by a rest period.

While this sounds simple, there are actually a lot of things that can be tweaked in the 4×4, and each of these choices will have pros and cons depending on what you’re looking to achieve. Let’s dive into these important considerations. 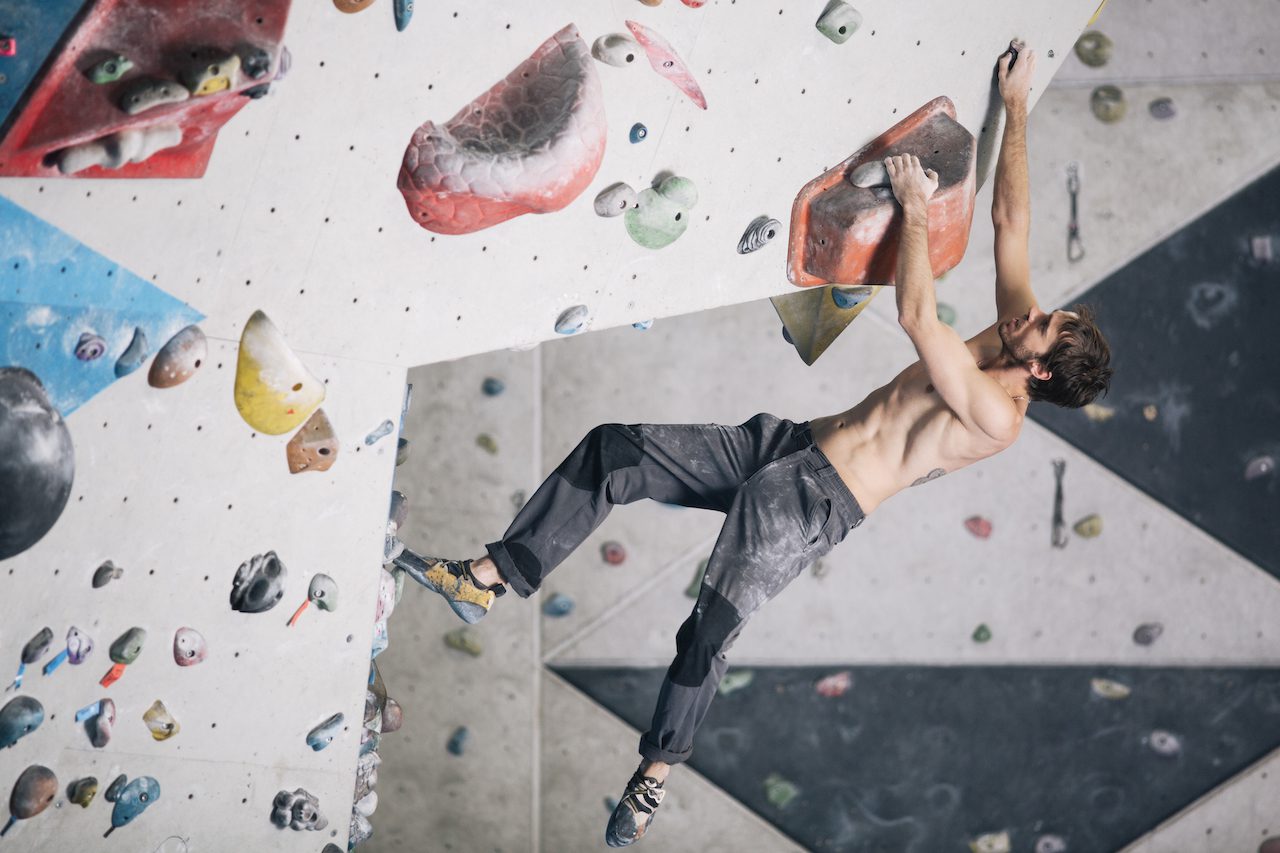 The exact problems you choose for your 4×4 will make or break the usefulness of the exercise.

Difficulty: You want each set to feel difficult to complete but you shouldn’t be regularly falling off. Pump levels should be very high in each set, especially so in your third and fourth sets. If you’re at an advanced level, it can be acceptable to fail problems during the final reps of your fourth set. However, for most, if you find yourself falling off, you should dial back the difficulty slightly in your next session. It might take you a few sessions to tune the boulder problem selection perfectly to your current fitness level. Don’t hesitate to experiment.

Style: The point of power endurance 4x4s is to get pumped. Focus on problems that are slightly to very overhanging. Also try to avoid problems that allow rest and recovery positions. If you must climb these problems, skip the obvious rests to build the pump. Choose an angle and climbing style that attacks your weaknesses and/or or aligns with the projects you’re working on.

Fingery problems will focus more on the strength-endurance of the finger flexors, while problems with big, powerful movements on better holds will focus on power-endurance in the pulling muscles and core. It can be a useful exercise to train each of these types of problems individually in separate 4×4 workouts.

There are pros and cons to these different structures. Structure #1 is very useful for building a circuit that mimics your project route. For example, your project might consist of stacked V5 boulder problems followed by an easier section and then a redpoint crux before the chains. In this case, you could design your 4×4 sets to be something like V5, V5, V2, V4.

Structure #2 can sometimes be more practical logistically. Climbing gyms are often very busy so it can be tough to guarantee that your four problems will remain open for the duration of your set. It can be easier to hog a single problem for a couple of minutes while you do a single set rather than dashing back and forth the wall, hoping your problems will be open exactly when you need them to be. Structure #2 is also a better option for those looking to reduce rest time between problems within a set as much as possible. You can simply drop down and jump right back on the problem. 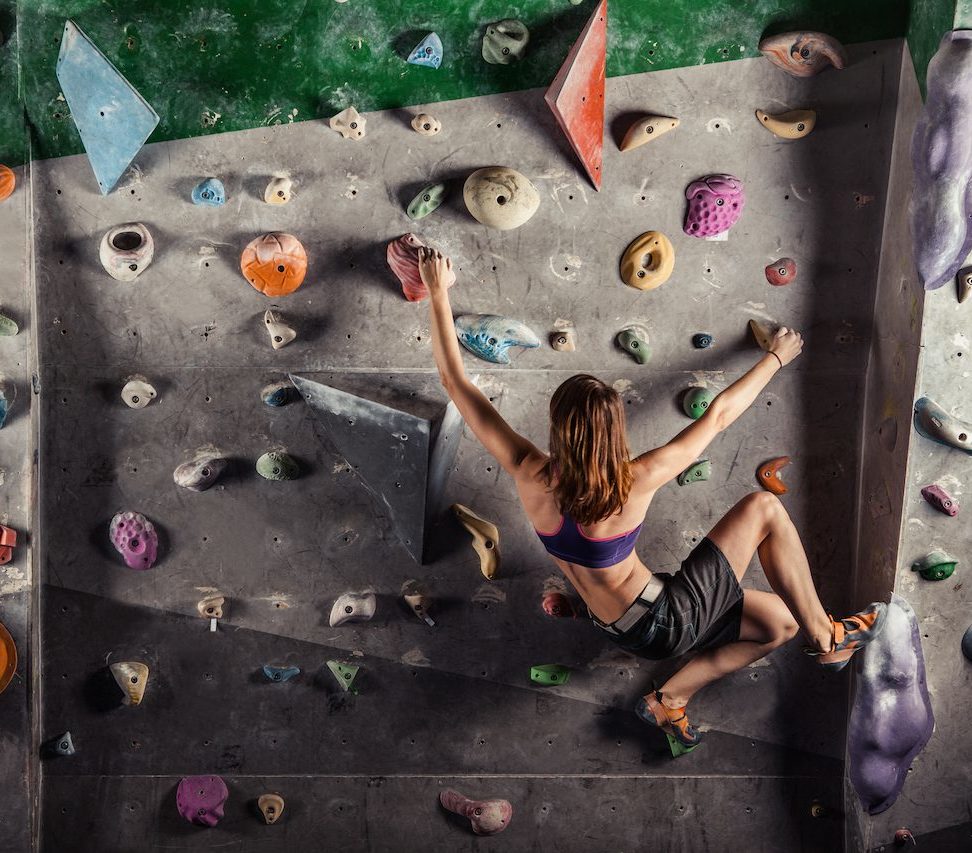 Between problems: The recommended rest time between boulder problems within a set can range significantly. Some prominent trainers recommend resting for as long as you climb. For example, if the problem takes 30 seconds, then rest 30 seconds before starting the next problem, creating a 1:1 ratio of climbing to resting. Others recommend moving as quickly as possible between the end of one problem and the start of another in order to prevent pump loss.

If you’re new to 4x4s and power endurance training, it can be a good idea to start with larger rest periods between problems. The 1:1 ratio is a good place to start. Use a stopwatch, or ideally, do these with a partner and time each other. If you’re more advanced, you can reduce the rest period between problems as much as possible. More advanced versions of 4x4s include downclimbing between problems to completely eliminate any rest period. Check out the excellent Rock Climber’s Training Manual by Michael and Mark Anderson for more on these linked bouldering circuit workouts.

Between sets: Rest times between sets are typically four minutes. Advanced climbers can start to bring this time down as they progress. A general rule of thumb is to start with a rest-to-climb ratio of 2:1. For example, if it takes you two minutes to climb your four problems, then rest four minutes. As you progress, you can eventually bring this down to a 1:1 rest-to-climb ratio. 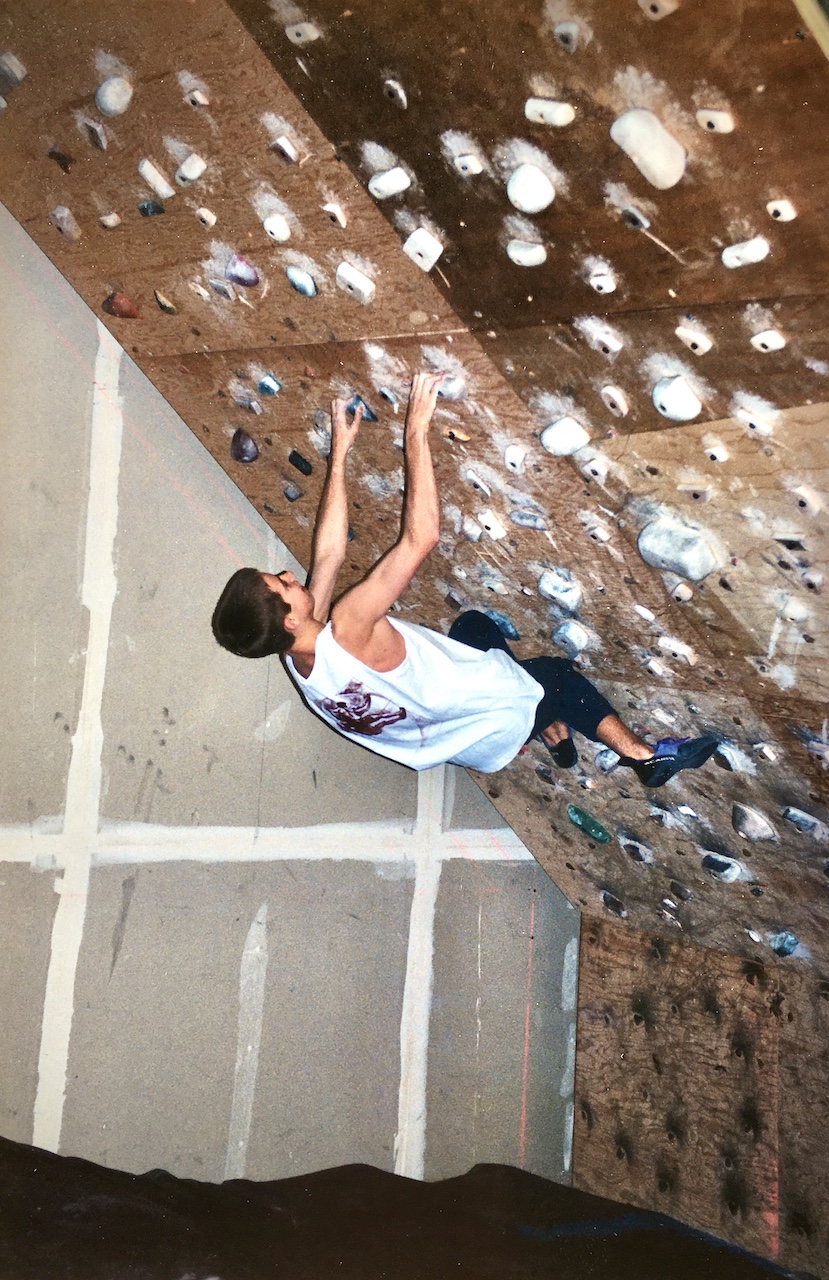 Include bouldering 4×4 workouts on your power endurance training days. You’ll be surprised by how quickly you make gains. If don’t keep at it, you’ll also be surprised at how fast these gains dissipate. Power endurance fitness unfortunately fades rather quickly, lasting a few weeks if not maintained. Therefore, time these workouts wisely for your next climbing season, project, or trip.

Like all power endurance training, bouldering 4x4s are taxing on the body. Wait at least 48 to 72 hours between workouts. Most climbers shouldn’t perform them more than twice a week.

Before starting your 4×4, you must be fully warmed up. Perform your usual warm-up exercises followed by a bouldering warm-up. Then, do at least 20 minutes of hard bouldering. Rest 10 minutes and then start your 4×4. After the workout, perform a cool down of light climbing to help rid your muscles of harmful metabolites generated by the pumpy 4×4.

If you find your current 4×4 routine is getting too easy (i.e. you’re not extremely pumped at the ends of your sets), it’s time to increase intensity in your next session. You have many options to do this:

Do not speed up your climbing in an attempt to increase intensity. This will actually decrease intensity, reducing the total time on the wall. For most climbers, the best first step is to increase problem difficulty. Swap out individual problems for harder ones or even just add a more difficult move or two. Next, you can consider reducing rest time between problems or sets, especially if you’re currently taking extra time between problems or using a 2:1 rest-to-climb ratio. Once you are used to 4x4s and climbing at an advanced level, consider trying 5x4s or 6x4s of your current set.

To see how difficult bouldering 4×4 protocols can eventually get, check out this classic video of Adam Ondra performing his 4×4 routine. He performs four sets of four problems in a row with no rest within the set. Between sets, he only rests for one minute. He also ups the intensity by wearing a weight vest. Incredibly, it’s also his third workout of the day. It’s not hard to see why he’s inarguably the best sport climber in the world!