The Tokyo 2020 Olympics will start on July 24 next year and competition climbing will take the world stage. While Olympic medals have been awarded in the past to alpine climbers, this will be the first time ever that Lead, Speed and Bouldering will be an Olympic event.

Over the next year, the big international field will be narrowed to a select 20 men and 20 women, who will compete for Olympic gold. The selection process is a little tricky to understand, but read a thorough breakdown here.

“Three disciplines, one goal,” reads the Olympics’ promo of the sport, which gives points in a combined format. The International Federation of Sport Climbing (IFSC) was only allowed to give away one set of medals, which is why they decided to make it a combined event. It looks like climbing will be in the Paris 2024 and the IFSC said said that if it is then Speed will be a separate event while Lead and Bouldering will stay combined.

The climbing events will take place at the Aomi Urban Sports Park, located in the waterfront Bay Zone of Tokyo starting on Aug. 4. The speed climbing will be contested on a 15-metre speed wall, the bouldering on a four-metre wall and lead on a 15-metre wall.

A climber’s overall standing is determined by multiplying their place in each event, with the lowest scores ranking the highest. If a climber places first in boulder, third in speed and fifth and lead, than their score will be 15.

The Olympic selection process starts on Aug. 20, 2019, at the Combined World Championships in Hachioji, Japan. 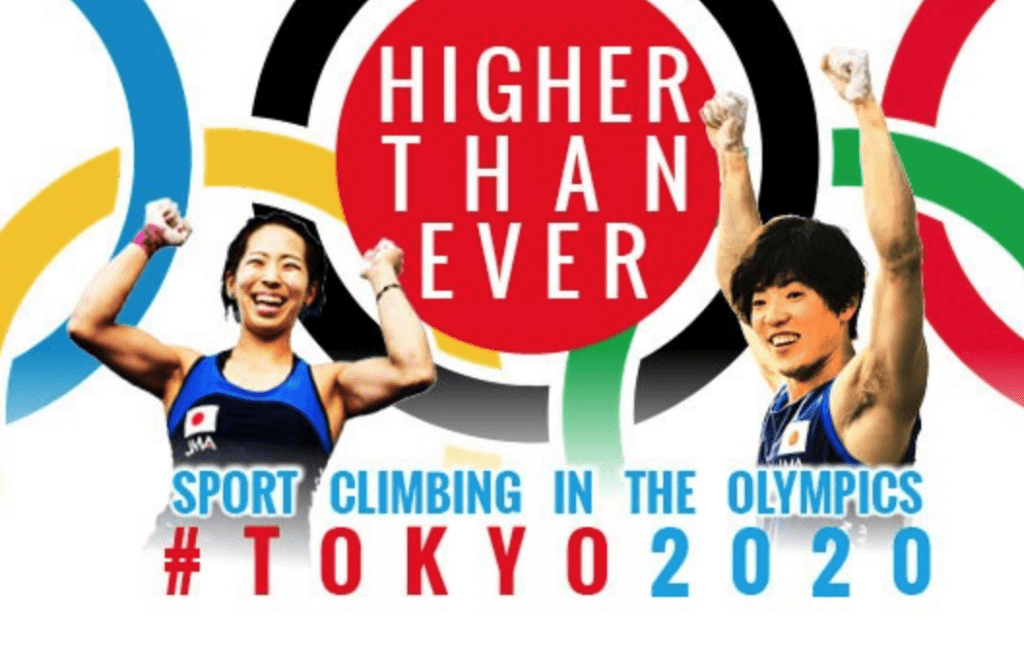