Even as five Canadian athletes gather this weekend in Los Angeles for the Pan Am Championships, their final shot at qualifying for the Inaugural Olympic climbing competition, those efforts may be for naught if the Tokyo Olympics is cancelled due to the outbreak of the Coronavirus. 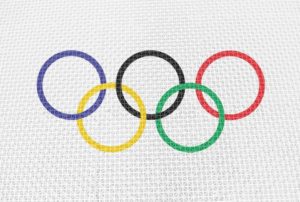 Dick Pound, the Canadian lawyer who’s also the longest-serving member of the IOC (International Olympic Committee), says the Olympic Games have a three-month window to decide the fate of the upcoming Tokyo event, which are being threatened by coronavirus.

Pound told the Associated Press on Tuesday that organizers could wait until two to three months out from the Games to make a decision. “You could certainly go to two months out if you had to,” Pound said, which would mean putting off a decision until late May and hoping the virus is under control by then. “A lot of things have to start happening. You’ve got to start ramping up your security, your food, the Olympic Village, the hotels, the media folks will be in there building their studios.” Pound also added that in the event the Games couldn’t go ahead, organizers would be looking at cancellation.

The novel coronavirus, known officially as nCoV-2019, has broken out in countries all over the world. Though the majority of the cases have been confined to China, the spread has left IOC officials debating over whether the Olympics will be held at all.

In modern history, the Olympic Games have been cancelled a total of five times, all due to war.

If the Olympics are cancelled this year in Tokyo, this would mark the first time that the Olympic Games have been cancelled due to a pandemic.

Though everyone in the climbing community is excited to see their favourite pros compete on the Olympic stage, the health of the athletes takes absolute priority. As of Tuesday morning, the death toll from the virus has hit 2,663 in China. However, Pound wants athletes to continue to train as usual, “All indications are at this stage that it will be business as usual. So keep focused on your sport and be sure that the IOC is not going to send you into a pandemic situation.”

Currently, the IOC is consulting with the World Health Organization (WHO) to decide whether the Olympics will move forward in 2020. “It’s a big, big, big decision and you just can’t take it until you have reliable facts on which to base it,” Pound said

In 2019, I spent nearly 10 months in “comp mode”, travelling, competing, and training in between where I could. It was a ton of fun and really rewarding but also exhausting, hard, stressful and lonely at times. I am endlessly grateful for the support of the people around me – they make me who I am and help me work towards my dreams. My family, friends, teammates, coaches, physios, and sponsors. I am especially grateful for this guy. Thanks for being my biggest cheerleader and always being there for me, like making me custom chalk bags and flying all the way to Toulouse for just three days to support me in the Olympic qualifier event❤️ ⠀⠀⠀⠀⠀⠀⠀⠀⠀ @arcteryx @scarpana

Madeleine Kelly with Gripped Publishing contributed to this report.