A discipline that has no parallels and that therefore must receive recognition is Paraclimbing, the competition for the disabled which here in Arco celebrated its first-ever World Championship in 2011. The Trentino town strove to put this competition on its agenda as it has always believed that sport in general, and climbing in particular, are important to help integration and share fundamental values.

Those who have watched a Paraclimbing competition know how these athletes put themselves to the test, with a strength and passion that has no equals. It is for this reason that the Paraclimbing athletes rightly enter the “Hall of Fame” of both Arco Rock Legends and sport climbing. Who, better than they, communicate the spirit of climbing and sports?

It is for this reason that the Arco sports climbing club SSD Arrampicata Sportiva Arco has decided to award these splendid climbers, and the entire Paraclimbing movement, with the prestigious “Climbing Ambassador by Aquafil” prize. This is yet another signal, once again an Arco-first, that demonstrates how climbing manages to transcend all barriers, everywhere and anytime. To comprehend the importance first hand, the appointment is Friday September 6, at the Climbing Stadium

The Awards Ceremony will take place during the classic, highly anticipated Arco Rock Legends evening presented as always by Kay Rush, a great friend of Arco and passionate climber. During the same evening – which will be held in the new Multipurpose Center adjacent to the Climbing Stadium and the Climbing Village – there will also be two other climbing “Oscars”: the Salewa Rock Award and the La Sportiva Competition Award.

The first, which recognizes the best performance outdoors at the crag during the last 12 months, the jury composed of the most important international climbing magazines has nominated Steve McClure (GB), Alexander Megos (GER), Adam Ondra (Czech Republic) and Chris Sharma (USA). As for the second, which goes to last season’s best competition athlete, the nominations went to Angela Eiter (AUT), Mina Markovic (SLO) and Jakob Schubert (AUT). Only shortly before the Awards evening will the winners be decided. What is certain now is that this will be a celebration for climbing and Paraclimbing. 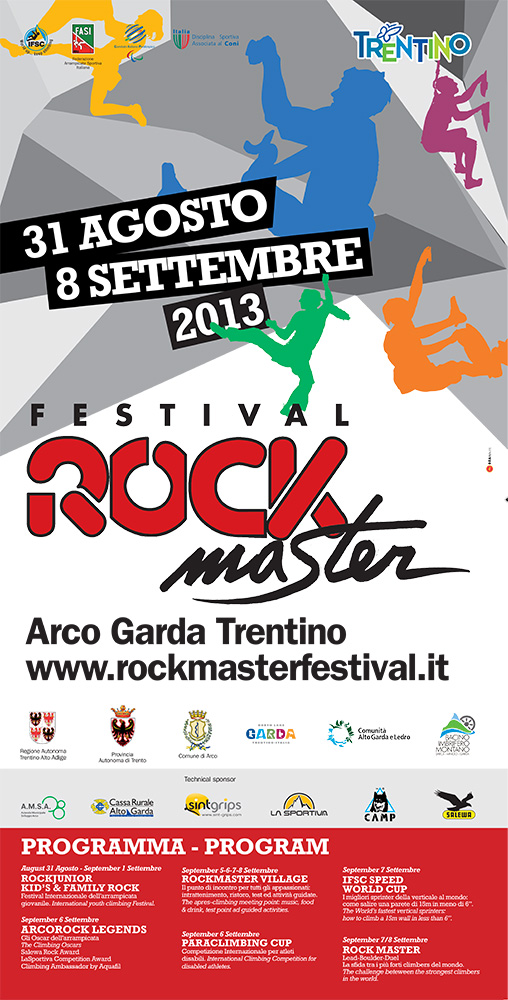