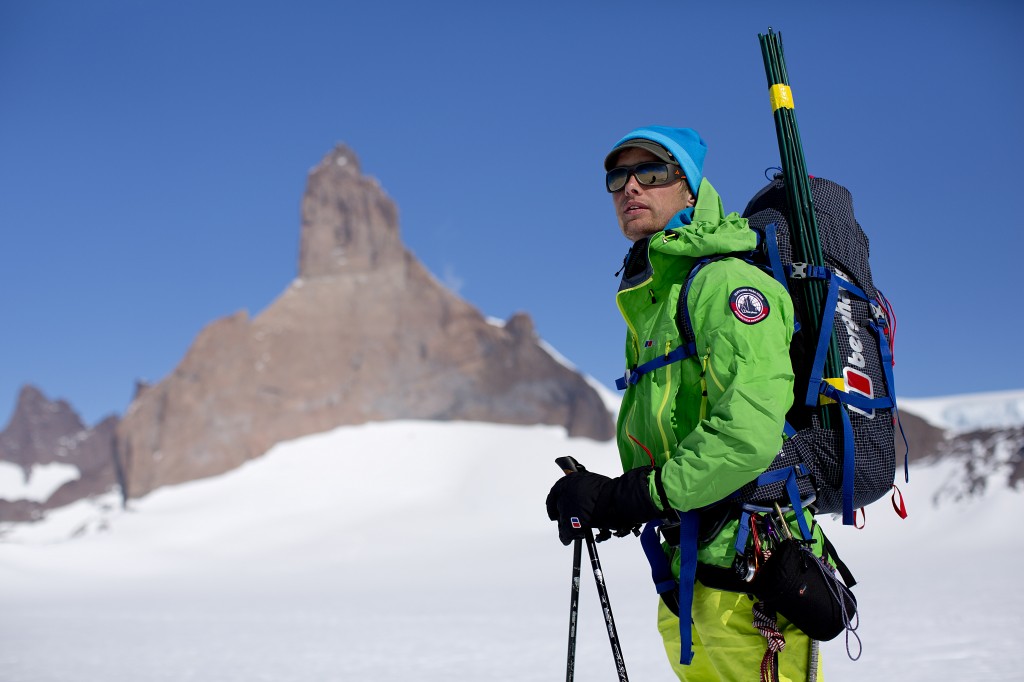 Jutting almost 3,000 m above a vast, frozen landscape, Ulvetanna Peak is an epic challenge to climbers, just on its own. Add in a punishing approach, and the harshest weather on the planet, and the stakes get much higher. The mountain is the centerpiece of an immense region of Antarctica known as Queen Maud Land, and earlier this year the peak drew mountaineers Leo Houlding, Jason Pickles, and Sean Leary, enticing them with its unconquered northeast ridge. Their story is told by filmmaker Alastair Lee in his latest film The Last Great Climb, which will have a special preview screening at the 2013 Banff Mountain Film and Book Festival. It’s one of more than 80 films from around the world that will screen during the nine-day festival from October 26th to November 3rd at The Banff Centre in Banff, Canada.
The Festival will screen the best in mountain adventure, sport, culture and environment. On opening weekend October 26th and 27th, audiences will travel far south to McMurdo Station and Scott Base in Antarctica: A Year on the Ice, shot over 15 years in the earth’s harshest conditions. The Summit recreates the 2008 ascent of K2, which killed 11 climbers (mountaineer Cecilie Skog, who was there, will attend the Banff screening), and the whimsical Indian film When Hari Got Married follows a lovelorn taxi driver through the streets of Dharamsala.

On October 29th the Festival’s popular Radical Reels night returns, hosted by champion sit-skier Josh Dueck, an annual sell-out with a rowdy crowd of outdoor sport film fans. It’s a high-adrenaline night of films on whitewater kayaking, mountain biking, paragliding, climbing, and bouldering, followed the next night by films for enthusiasts of the steep and deep. On October 30th the Snow Show screens five ski and snowboard films shot in far-flung locations, from the Coast Mountains to the fjords of Norway to the deserts of Dubai.

On October 31st, right after its world premiere at the Toronto International Film Festival, Banff will host a special 3D screening of the New Zealand film Beyond the Edge, an exploration of the 1953 Everest summit expedition, told through archival footage and vintage audio recordings. Following the November 1st onstage talk by Polar explorers Justin Jones and Aleksander Gamme, audiences will experience a winter nirvana during see Valhalla, shot in the deep powder paradise around Nelson, BC.

Two days of Festival screenings November 2nd and 3rd wrap up the week, with films including Anson Fogel and Skip Armstrong’s Cascada, a paddle through the Mexican jungle that Westword magazine described as a “hellish kayaking vacation.” The French film Je veux mixes the sounds of singer-songwriter Zaz with a scenic location on the peak of Mont Blanc. In North of the Sun, two Norwegian adventurers travel to a remote arctic island, where they build a cabin out of found objects and spend the haunting, low-sun winter skiing, surfing, and ridding their secret cove of debris.

On November 3rd, an international jury will announce winners of the Film Competition in 13 categories. The jury for 2013 includes filmmaker and BBC Scotland producer Richard Else, Slovenian climber and mountaineer Silvo Karo, Benjamin Oberman of the independent film distributor Film Festival Flix, Maggie Rhodes, director of Global Acquisitions and Co-Productions for National Geographic Channels Worldwide, Banff Centre executive director for Film and Media Kerry Stauffer, and Dolby Laboratories senior VP for AV and Media Production John Loose, who will adjudicate the $10,000 Dolby Audio Award.
Created 38 years ago, the Banff Mountain Film and Book Festival has become the premier event of its kind in the world. The Festival showcases the world’s best films, books and photographs on mountain subjects – climbing, culture, environment and natural history, exploration and adventure, wildlife, and sport – and attracts the biggest names in mountaineering, adventure filmmaking, and extreme sports as presenters and speakers. More than 80 films will screen during the nine-day festival, and an international jury will award over $50,000 in prizes. 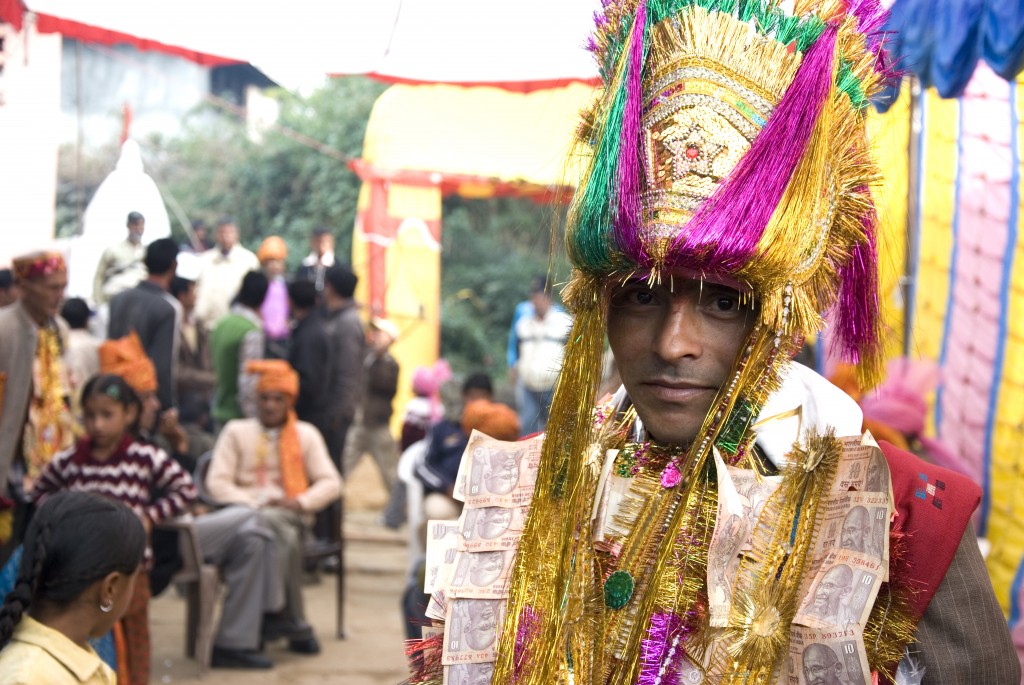 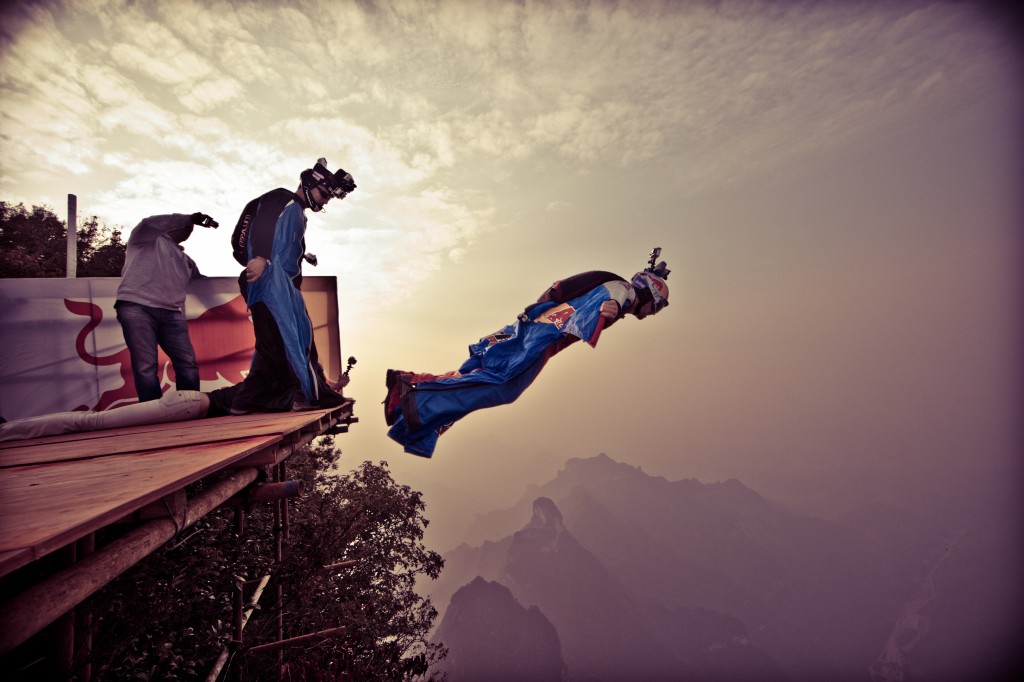