Bernd Zangerl started climbing in 1998 at the age of 20 and for the last two decades has become a leading all-rounder. 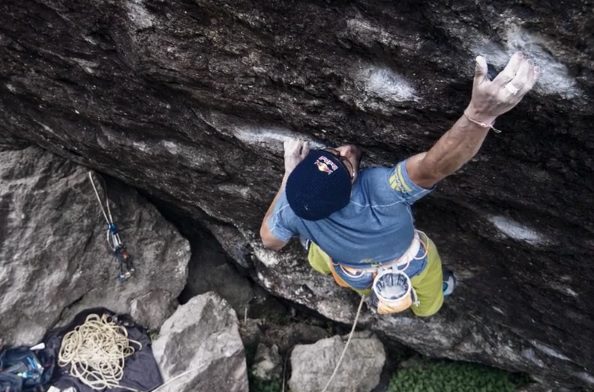 Nearly two years ago, Zangerl slipped bouldering and sustained bad injuries. “While pulling hard on a difficult project in Cresciano, Switzerland, I slipped off the holds and a split second later I landed on my crashpad,” noted Zangerl after the accident.

“There was only little pain in my neck, which I didn’t give much attention to, and I went back home… After an MRI, the doctors explained to me that I was very lucky, but I’d badly injured the 5th and 6th vertebra in my neck.

“When I woke up a few days later, I couldn’t feel my thumb and index finger anymore. A funky feeling. A few hours later my muscles on my back (terres major and serratus anterior) started vibrating.”

It took 489 days for Zangerl to recover enough to climb again. Watch his comeback and send of a new 5.14c trad route below.