There is a state of emergency in Canmore, Alberta. The floods are extreme and very dangerous. The major flood is the rising waters in Cougar Creek. The waters are higher then the 20 foot banks that normally control the trickle of water. Now with a massive spring thaw and heavy rains the creek is threatening homes, railroad tracks and has taken out bridges and is flooding the Trans-Canada. Homes have been evacuated and the water has eroded banks back to the foundations of some houses.

This same flood, on a smaller scale, happened last year and the restoration project was just complete at a high bill to the tax-payer.

The water is coming from the drainage which brings water from Mt. Lady MacDonald, Grotto Mountain and the other peaks tucked behind. This is a popular hiking and biking destination but mostly the area is used for sport climbing.

Over 200 sport route can be found up the creek. The flooding has certainly changed the landscape between the creek walls and has potentially destroyed routes. The waters have fanned out over a large area below the canyon opening. In the canyon the waters are concentrated into tight areas and could be reaching up to 40 feet (pure speculation but having been up cougar canyon hundreds of times it is with some accuracy).

With 100mm of rain expected there is no end in sight. We hope everyone in Canmore has found safety. 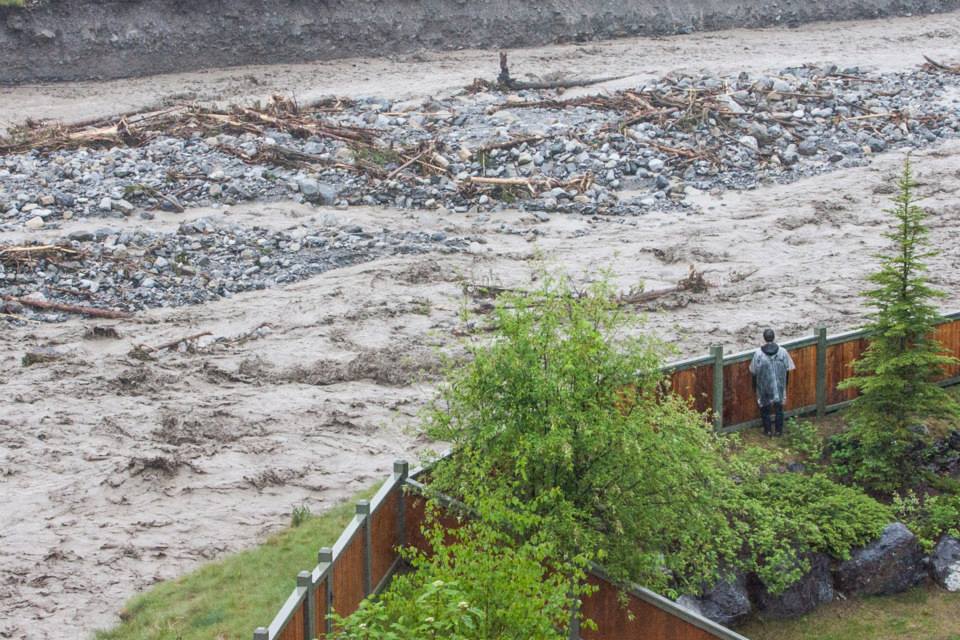 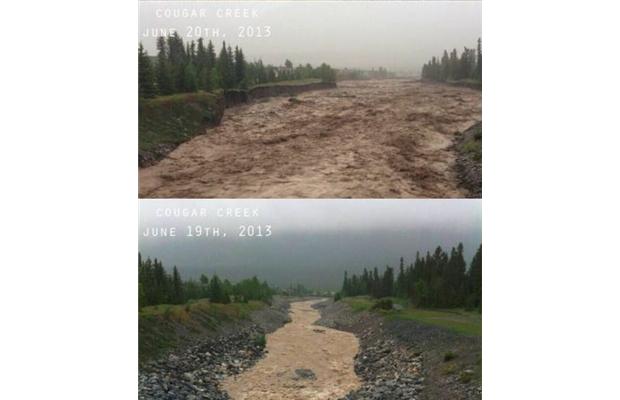 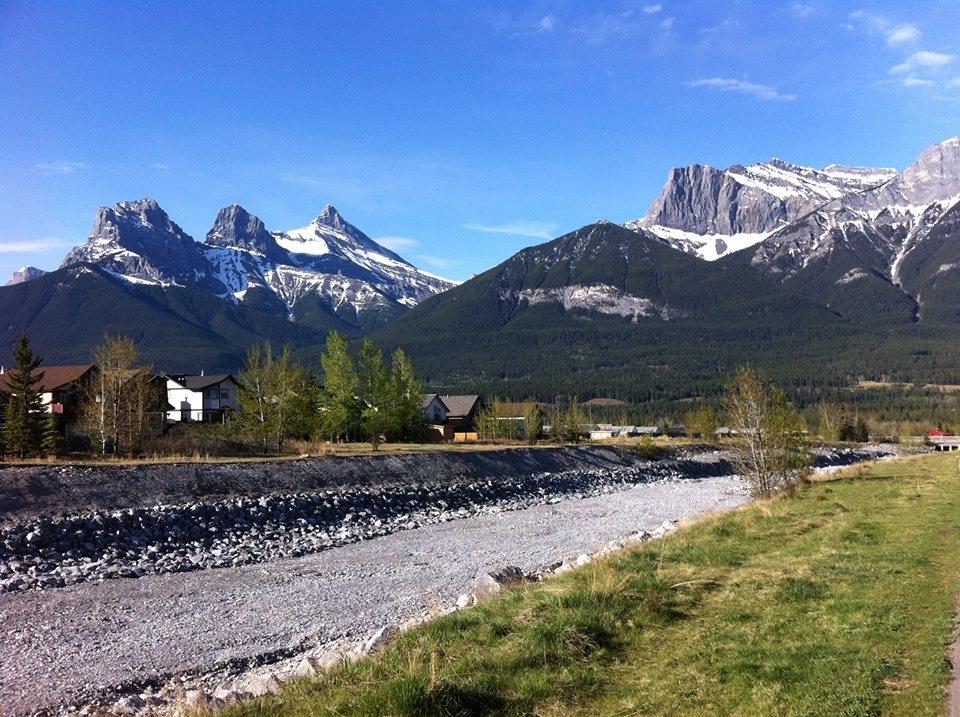 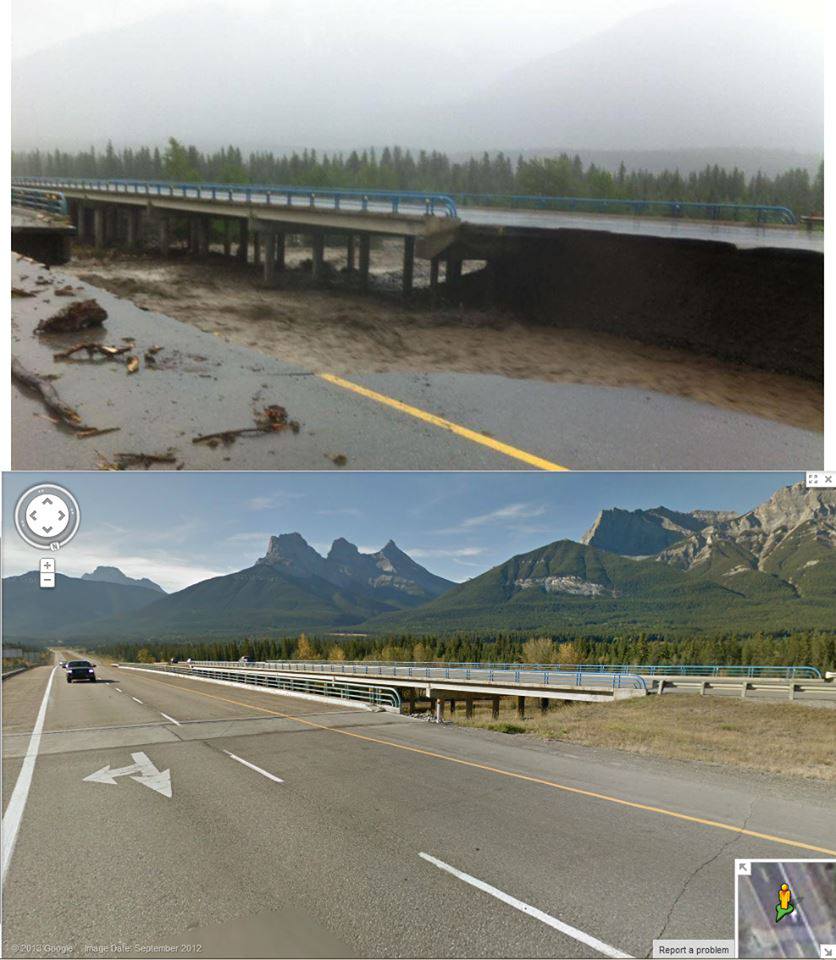 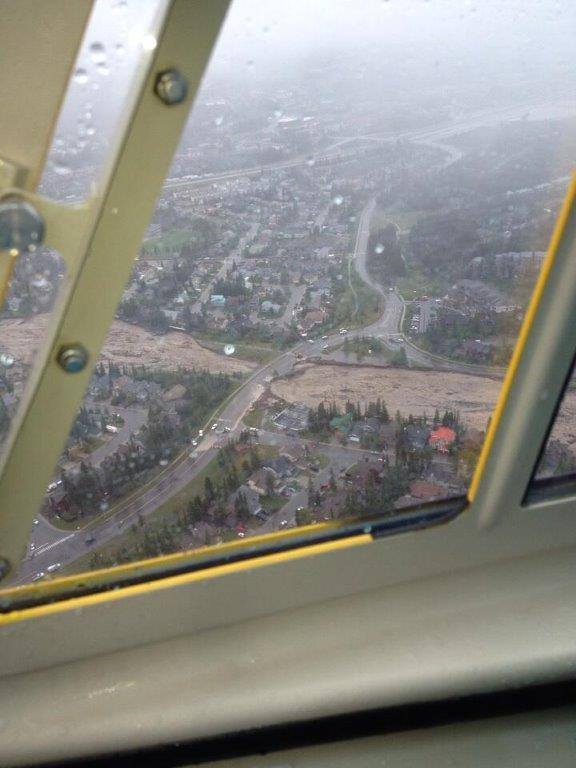 Elk Run bridge from the air… it is gone!