In 1980, writing a few years after the introduction of Friends, the author of Learning to Rock Climb viewed their adoption as a step backwards, in the direction of pitons – requiring less sensitivity and skill than the chocks then in vogue.

They degraded “frontier” routes to put them within reach of the practitioner unwilling to see climbing as a craft.

There’s something to be said about this approach to the sport with its emphasis on movement over strength, the inner journey supplanting the raw quest for difficulty. Sadly, the world has moved on. Cut-off’s aren’t quite thing anymore, and neither is a gear sling dominated by hexes racked with ovals. Not only that, even the notion of a book has become quaint as the post-truth epoch dawns.

It’s into such a world that Advanced Rock Climbing arrives, aspiring to bring a contemporary perspective to serious climbing. In so much as it must compete with forums, blogs, and YouTube it raises the bar considerably in terms of coherence and continuity of perspective.

Based on discussions with two dozen leading climbers it presents a view of climbing as multi-disciplinary activity where ideas from bouldering translate to big wall free ascents. In as sport of endlessly evolving subgenres, Advanced Rock Climbing suggests vectors of creativity between them. Runouts aren’t to be thought of as metaphysical journeys of self-discovery but rather exercises in risk management.

Tip of the weak from #advancedrockclimbing. When following hard or run out traverses, consider leaving the protection in place until you move past it, then reach back and clean it. http://www.mountaineersbooks.org/Advanced-Rock-Climbing-P1740.aspx

Hard-coded tactics form the basis of the quick improvisation that’s required in many climbing situations. For example: one should be able to shift from full verbal contact between leader and belayer to silent mode without hesitation. The harder they send the more the outcome is determined by the belayer or spotter.

When specific approaches are recommended, they’re made in context. Pros, cons, and alternate viewpoints inform the book; encouraging reader to critically evaluate accepted wisdom. A significant portion of the book is devoted to success techniques on long, hard routes where all facets must come together.

Simu-climbing is covered extensively, as is leading in blocks, and working in teams of three; all topics not typically covered by instructional books. While the book promotes a healthy disregard for orthodoxy—encouraging, for example, the use of crack climbing gloves – it’s necessarily conservative on issues of environmental impact and access.

Advanced Rock Climbing provides the confident intermediate climber with an outlook to take them to big objectives. Concomitantly, it suggests to the long-standing “expert” new ways of doing things, and, in so doing, inspire them to get back in the game. 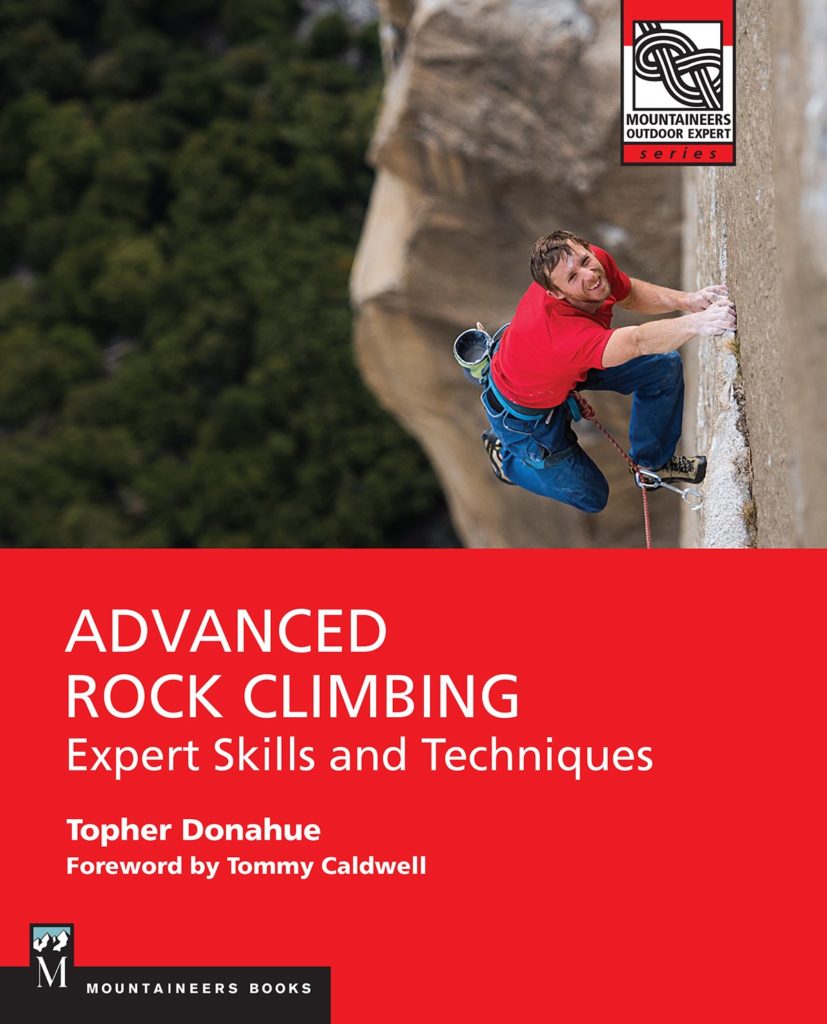