“Climbing needs something like this, a spectator’s sport,” I overheard hours before the event, while standing in line for a Royal Robins coffee.

Weeks leading to the Outdoor Retail (OR) show buzzed with anticipation for the first psicobloc competition in North America. The eagerness carried into the days, hours and minutes before the show. “Are you going tonight?” was the popular question on August 2, the day of the finals. Excited athletes and spectators made their way to Park City, Utah, where the debut competition was held. As day turned to evening, the first competitors looked up the overhanging 55-foot wall and when the horn sounded, history was made.

The crowd cheered and screamed for the climbers, competing head-to-head. The cheers grew louder when a climber would let go and fall, up to 50-feet: toward the pool, arms swinging, legs kicking, one by one the climbers plunged in awkward positions. A backdrop of a glowing Utah sky and rolling-hills echoed the sounds from the people and music. The potential for big flops kept everyone focused on the show. The water was 10-feet deep and American-based Russian, Vasya Vorontnikov, sprained his ankle after hitting the bottom. Everyone breathed easy after the re-surfacing of a fallen climber, many of them walked away with bruised arms, legs, torsos and chins.

The finals were an astonishing display of athleticism. It was Delaney Miller pitted against DiGiulian for the women’s finals round. A bad fall the day before had tired Miller and she fell below half way and the Canadian Digiulian climbed to the win.

The route was changed for the men’s final by no other than Spanish sender Dani Andrada, it clocked in at 5.14. Sharma fell during the second round, shocking the audience. It was Daniel Woods against Tennessee boulderer Jimmy Webb during the final round. Woods fell off lower than Webb, handing him the victory of the milestone event.

“Climbing needed that,” said Gord McArthur, Canada’s Olympic ambassador, after the show. Indeed, It was a success and a new-era of climbing is among us. The evening sent a wave of stoke through the climbing world and the ripples will be long-lasting. There will be big-plunges, ugly-bruises and more cheers as Psicocomp evolves and Gripped will be there, as should you. 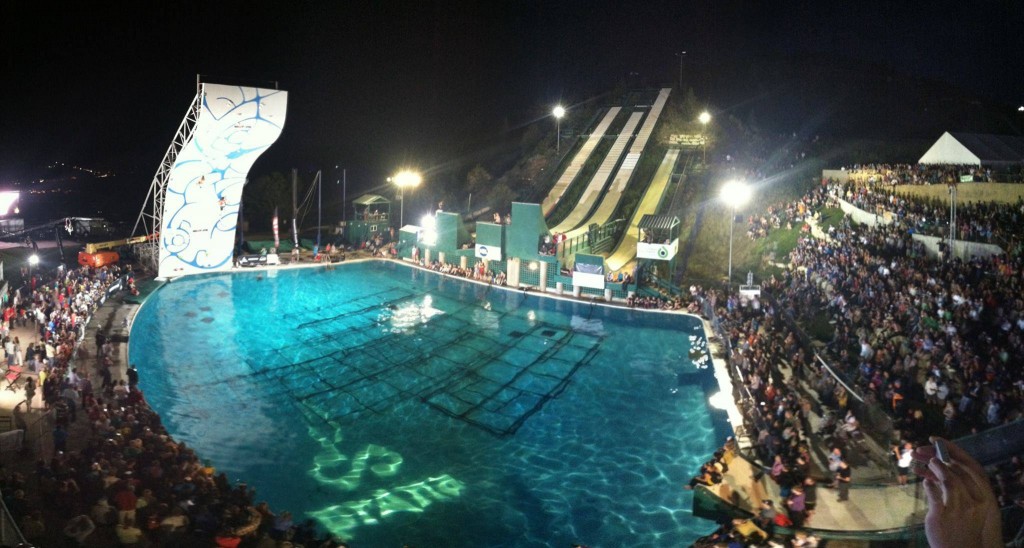