Canadians are lucky, we have four seasons to play. This past weekend was the fall equinox, bringing us one day closer to winter. Autumn is a favourite time of year for many climbers. Climbing conditions improve with cooler temperatures, the changing leaves make for picturesque backdrops and the snow covered mountains give photographers an opportunity to capture the extremes of Canada. Nothing beats the colours of the boreal forest in Ontario and Quebec during October or the larches of the Rockies in September.

I opted to spend fall equinox at 2,700 metres, bunked in the Hind Hut at the base of Mount Assiniboine. The seven-hour approach from the car starts in lush green valley, climbs through rolling hills, around Assiniboine Lake and over the glacier which feeds it, through the Assiniboing-Strom col and down below the North Face. The hut is built to sleep 12, but there was only three other people when we showed up, Barry Blanchard and friends.

A low pressure system brought two days of snow and wind, resulting in a winter wonderland above 2,200-metres. With the snow and low clouds we never got a good glimpse of Assiniboine. 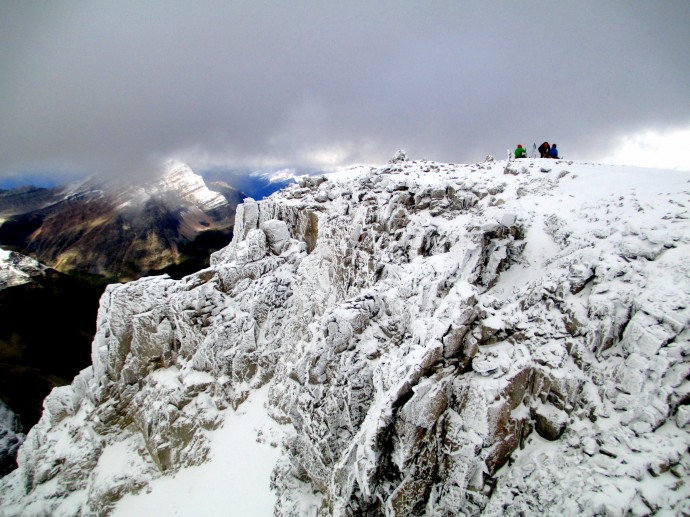