Anyone heading to Yosemite National Park this weekend will be encountering extensive traffic delays and short-term closures due to the the visit of President Barack Obama and his family. The Park Service is encouraging visitors to explore neighbouring areas like Groveland, Mono County, Oakhurst and Mariposa, as they won’t be slammed.

Climbers won’t be allowed to from the Church Bowl east to, but not including, Washington Column, from Thursday sunset through to Sunday afternoon. This area includes Bishops Terrace, Royal Arches, Serenity Crack and Son’s of Yesterday. Over a year ago, Obama congratulated Tommy Caldwell and Kevin Jorgeson after their send of the Dawn Wall on El Cap. Perhaps Obama has his eye on the second ascent. 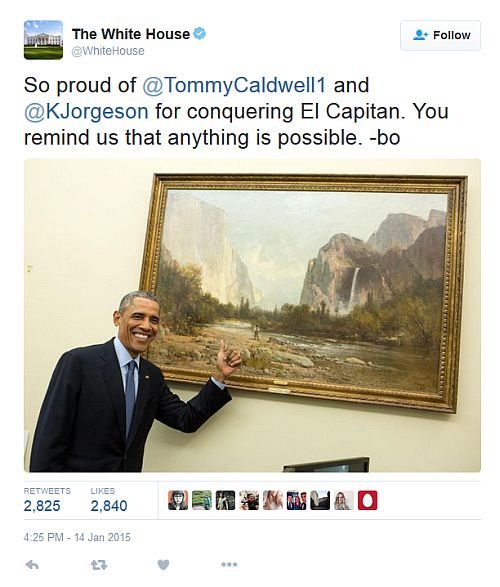