Climbers on Mount Athabasca in Jasper National Park found an unexploded ordnance (also called an UXO) which is like a bomb. RCMP were notified around 2 p.m. and a public notice to avoid the area was disseminated.

The RCMP explosives disposal unit liased with the Department of National Defence (DND) to come up with a plan to deal with the explosive. The next day, the explosive ordnance disposal team from the Wainwright Canadian Forces Base was deployed. They worked alongside members from Jasper Park Visitor Safety, who helped navigate the hazardous terrain on Mount Athabsca.

“The responding agencies were able to secure the location of the UXO and safely detonate the device,” Jasper RCMP said in the news release. “The climbers who located, photographed, reported and ultimately did not interfere with the UXO are commended for the action they took. This potentially dangerous situation was handled effectively because of the proper action being taken at the outset.”

Why a Bomb on Athabasca?

The DND said the bomb was a Second World War-era armour-piercing round found in the area, but didn’t know how it was shot or detonated. Their best guess as to why it was up on the mountain is that the round was used at some point as an option for avalanche control and didn’t end up exploding.

Parks Canada regularly bombs slopes in the winter for avalanche control. It’s regularly done on EEOR above Canmore, on Mount Bourgeau near Sunshine Village and above the ice climbs in Field, B.C. and many other areas. Sometimes the bombs don’t explode and you can often find signs warning you about unexploded bombs.

Mount Athabasca and Andromeda have been used for events and training over the years. Over 50 years ago, local ski clubs would have races on the once-much-larger low-angled glaciers.

In 1954, a magazine called Canada’s Mountain Playgrounds was published and on page nine, it read, “The great Columbia Icefield sends its cool tongues down to the roadside where visitors may enjoy the unique experience of walking on natural ice in mid-summer.

“Summer skiing on the Athabasca Glacier is growing in popularity, and in 1947, an annual ski race has been held over the surface of this great ice mass. Spectators attending the ski race are able to sit comfortably in their motor cars, close to the edge of the glacier watching the daring competitors as they plunge and wheel over the ice.”

The bomb might have ended up in the bottom of a crevasse and just not pushed to the surface/terminus of the glacier. Mounties remind the public if they find anything that looks like it could be detonated, to not touch it and to call police immediately. 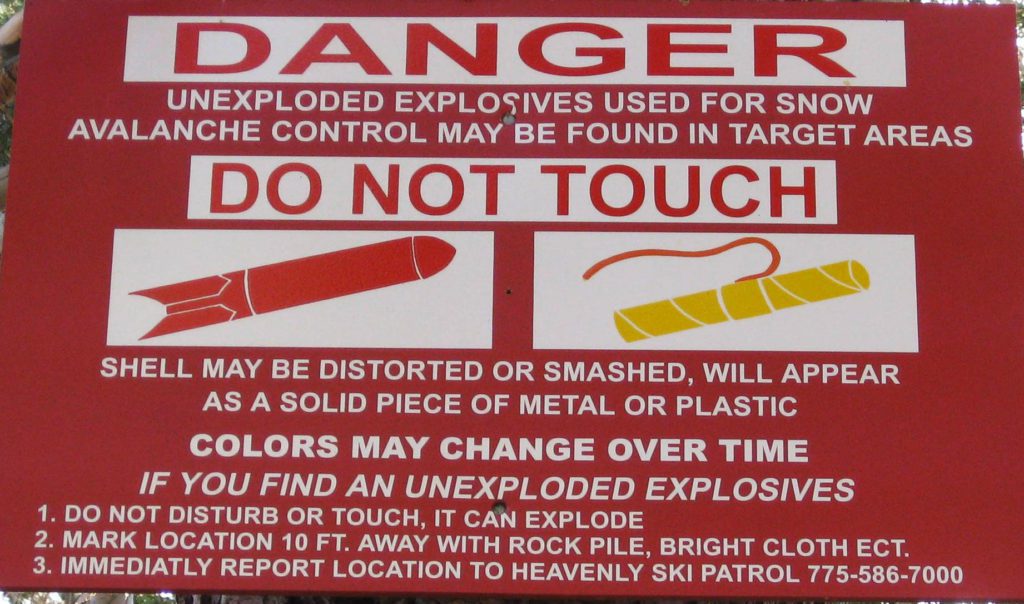