Gripped editorial director David Smart will be speaking at the Kendal Mountain Literature Festival 2019 in the U.K. about his biography of the renowned and compelling Austrian alpinist Paul Preuss.

Preuss is considered one of the founders of free climbing, having achieved international recognition for his remarkable solo ascents and for his advocacy of climbing without any artificial aids.

In the months before his death in 1913, from falling more than 300 metres during an attempt to make the first free solo ascent of the North Ridge of the Mandlkogel, Paul Preuss’s public presentations on his climbing adventures filled concert halls in Austria, Italy, and Germany.

George Mallory, the famed English mountaineer who died on Mount Everest in 1924, said ‘no one will ever equal Preuss.’

And Reinhold Messner, the first climber to ascend all fourteen 8000 metre peaks, was so impressed by the young Austrian’s achievements that he built a mountaineering museum around Preuss’s piton hammer, wrote two books (in German) about him and instituted a foundation in Preuss’s name. For tickets, visit here.

Smart is the editorial director of Gripped Publishing and founding editor of four magazines, including Gripped, Canada’s Climbing Magazine. He is the author of five guidebooks, as well as two novels and the memoir A Youth Wasted Climbing. Smart lives in Toronto and makes regular trips to the Canadian Rockies. 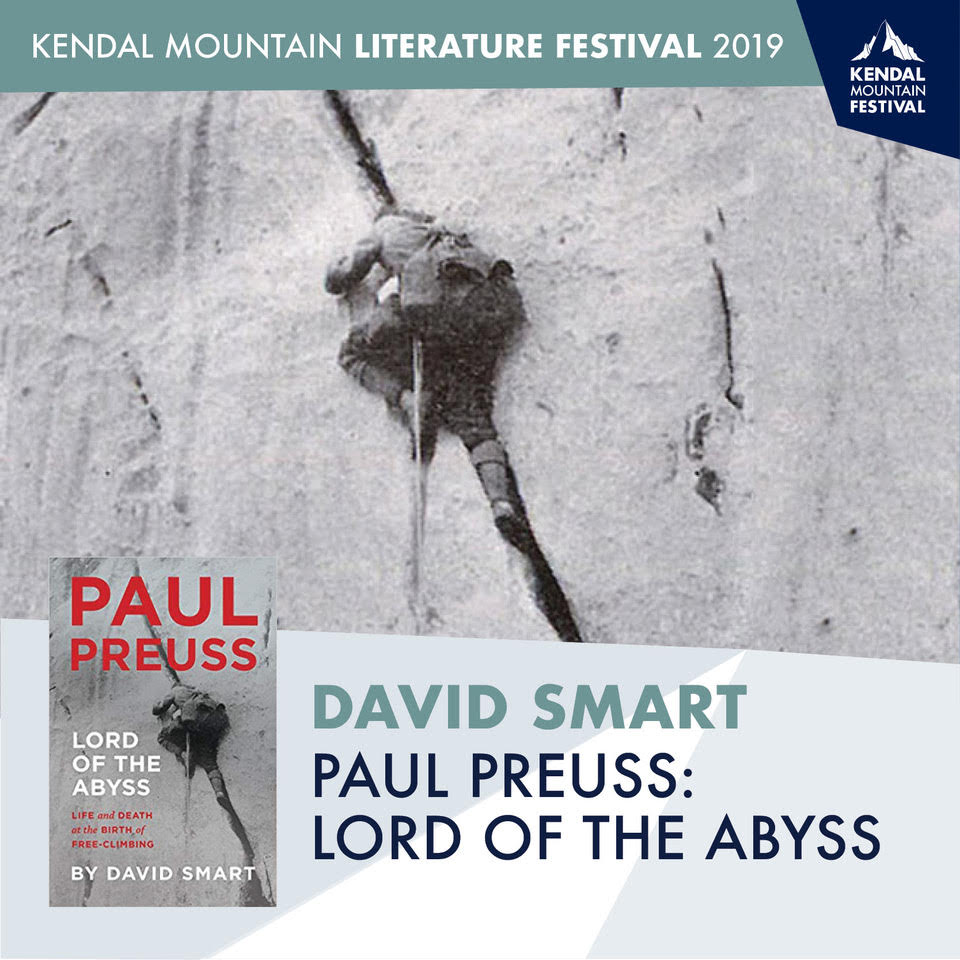