An avalanche on Everest has killed a number of local guides in an area known as the Popcorn Field, just above Base Camp 5,800 metres. One of the worst tragedies for climbing, the Sherpa, Nepal and everyone involved.

We reported less than a month ago that Mingma Tenzing, a Sherpa with Peaks Freaks, passed away in Kathmanu after falling ill with HAPE (high altitude pulmonary edema.) It was a bad start to the season.

An Avalanche occurred at 6:45 a.m. local time. Some missing climbers had been rescued, but more are still missing. It is thought to be the deadliest climbing tragedy on the mountain, The Sherpa guides had climbed up the slope early in the morning to fix ropes for climbers and prepare the route for mountaineers when the avalanche hit, officials are quoted as saying by the Associated Press news agency.

The name of the dead and missing have not been disclosed. A search operation is under way with a helicopter, several injured climbers have returned to Base Camp.

Conrad Anker wrote today on his social media, “Himalayan climbing is a dangerous game and no group bears this burden more than the Sherpa of Nepal. To stock the high camps with food, fuel and oxygen the Sherpa will make multiple carries through the Khumbu Ice Fall. Moving a metre a day with millions of tons of mass, it is the most dangerous location humans climb on a regular basis. The Sherpa will make four times as many carries as their customers, exposing them to much greater hazard. With the accident in the ice fall It call comes home to roost. Our sport carries a very high price. With empathy to the families and a tear for my good friend Ang Kaji Sherpa. We miss you. So very sad.”

More than 4,000 climbers have scaled the summit since 1953, when it was first climbed by New Zealander Edmund Hillary and Sherpa Tenzing Norgay. Hundreds have died attempting to reach the peak.

The worst recorded disaster on Everest had been a snowstorm on May 11, 1996, that caused the deaths of eight climbers. Six Nepalese guides were killed in an avalanche in 1970.

Update at 17:00 ET: Peaks Freaks reported, “A time of healing and re-thinking has been asked for. One Sherpa taking the stance as a spokesperson for the group has asked for four days of no climbing. We will respect that.”

Update at 12:00 ET: The Home Ministry as well as the Ministry of Culture, Tourism and Civil Aviation (MoCTCA) have confirmed the death of 12 mountaineers so far.

Still missing according to the Ministry:

Update at 11:00 ET: According to Alan Arnette, “12 bodies recovered, one sighted but not recovered. Eight were rescued. Around 25 were hit by the avalanche. Bodies were transported to Everest Base Camp using long lines from helicopters. Injured were flown to Lukla or Kathmandu. No westerners or non-sherpas were involved.”

Update at 10:30 ET: The death toll is now at 13. Peak Freaks has reported at least 100 climbers are stranded above the broken ladders and are being rescued. Three climbers remain missing. 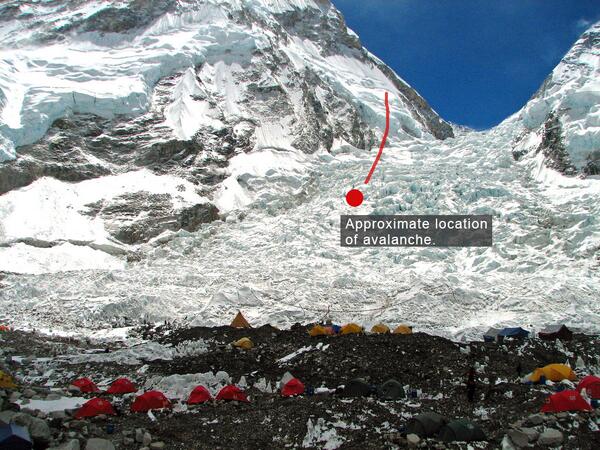 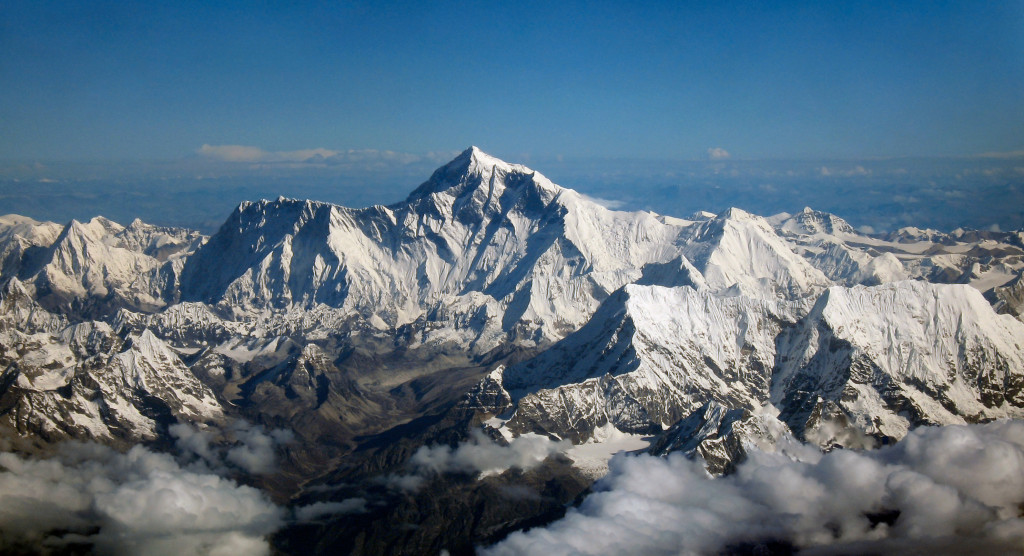