The Banff Film Festival event titled the Dirtbag Cafe took place last night, Wednesday, Oct 30th. Last year Fred Beckey took the stage giving insight into his favourite North American climbs. This year Nancy Hansen entertained a packed room at Banff Centre’s The Club. In 2002, she was the first person to climb a rock route on the 300 metre-high face of Yamnuska every month in a calendar year. In 2003, she was the first female (and sixth person) to climb all 54 peaks over 3,350 metres (11,000 feet) in the Canadian Rockies. And in 2005, she climbed all 34 of the routes in the 1977 original Mt. Yamnuska guidebook. She is currently working on climbing all of the routes listed in the iconic 1979 guidebookFifty Classic Climbs of North America– and has completed 46 of the routes to date.

Hansen told stories and showed videos and photos from a number of her climbs. She focused on The Nose in Yosemite, Middle Cathedral in Alaska and The Harvard Route on Huntington. Her journey to be the first person to climb all fifty climbs is inspiring. She has four routes remaining, of which The Hummingbird Ridge on Logan has not been repeated. In the audience, along with dozens of others, were Chic Scott, Kevin Doyle, Jack Tackle, Marc Piche and Cedar Wright. 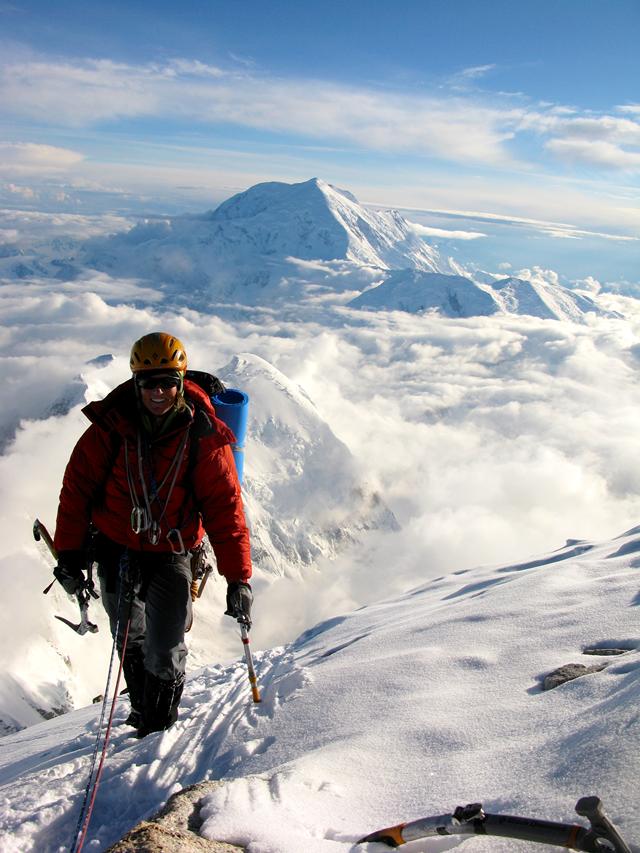