From Aug 14 to 15, Nate Mankovich, Ryan Krum and Michal Matyjasik completed the first continuous free ascent of Discovery V 5.12+/13- in the Wind River Range of Wyoming. The 15-pitch route climbs the north face of the Monolith. The line had been attempted since the 1970s, was completed with one section of aid by Sam Lightner Jr. and his partners in 2015, and the crux pitch-11 was freed individually by rappelling in the summer of 2018.

In the 2018 American Alpine Journal, Lightner Jr. wrote, “We made Discovery (1,600’, IV 5.12a C1) the focus of three years of climbing. Dozens of hours of cleaning moss and lichen from cracks and placing camouflaged, stainless steel rappel anchors helped to make this a spectacular route.”

As Matyjasik said after their 2019 push, “This 700-metre climb is one of the best granite wall routes any of us have completed. It represents only a small amount of the vast potential the Wind River Range has to offer for free climbing.”

Michal, Ryan and myself made what we believe to be the first free ascent of Discovery on the Monolith in the Wind River Range over 2 days on the wall. Michal and myself freed every pitch. It’s definitely a 5 star route and deserves more traffic. It still awaits an all free in a day ascent.

Matyjasik said that as they were hiking into the Winds, Casey Elliott and Cass Bindrup from Salt Lake City were hiking out and reported they had freed the historic 1962 Beckey-Chouinard-Gran route on the northwest face of East Temple peak. They called the route Drought Year IV 5.11 350m. “The route had been sitting mostly dormant for 57 years until they freed it with a variation at the top due to a wet corner system on the original aid line,” said Matyjasik.

“The line is proud, iconic, and obvious to the many hikers and climbers trekking into the Cirque of the Towers and the Deep Lake areas. There are many other iconic lines waiting to be freed and discovered in the Wind Rivers, with dozens of cirques with faces from 200 metres to 700 metres.

“There is climbing potential for many lifetimes. The recent free climbing activity in the area, particularly for free climbs 5.11 and harder, is inspiring. Motivated climbers willing to hike in 12+ miles with gear will be rewarded with solitude, high quality rock, and limitless potential for first ascents.”

*First Free Ascent are never boring, especially not with Cass ⛈🦟* • I’ve always wanted to do a first free ascent up a big wall. It sounded like the best way to have true adventure. You don’t know if the route can be climbed, which path is the best, or if there will be danger that you are unaware of. • Last week I got to do a mini version of that dream. I had been looking at the yet to be free climbed “East Temple Peak” for a year, and finally made it to the Wind River Range with Cass to check it out. • Something even more special to me than a new line is free climbing a historic one. The line I chose was an Yvon Chionard FA that was done in 1961, the first big wall done in the Winds. He followed the biggest and most obvious line up the face; a series of striking overhanging dihedrals. However, his account of the route was that it was awkward climbing, and cold due to the North facing aspect. This is what seemed to have deterred many people from climbing the face in the last 60 years. • While we found the latter to be true, the climbing itself was incredible. There was a variety of crack styles and hero pitches, sweet hangs/views, and it went free! … all the things I love about wall climbing. All the while we were free climbing this route, we could see relics of the first ascent – from old tattered webbing to historic Chionard pins and bolts. • It was altogether an adventurous and absurd experience. I made this video to capture all the laughs associated with our time in the Winds. I hope it makes you laugh as much as we did.

Nate Mankovich is a mathematics PhD student at CSU in Fort Collins who’s freed many big walls from Yosemite to the Sierra Eastside, from Cochamo to Peru, and redpointed sport routes routes up to 5. 13+. Michal Matyjasik is a biochemistry PhD student at CU Boulder, since moving to Colorado for graduate school, he’s has been on a frenzy and has redpointed or onsighted many of the most iconic wall climbs in the western US.

Some of his favorite routes include Moonlight Buttress 5.12+ in Zion, Tague Yer Time 5.12 in the Black Canyon of the Gunnison, the Venturi Effect 5.12+ on the Incredible Hulk, Excommunication 5.13- in Castle Valley, Thin Red Line 5.12 on Liberty Bell, Bright Star 5.11+ on the Diamond , and Discovery 5.12+/13- on the Monolith. 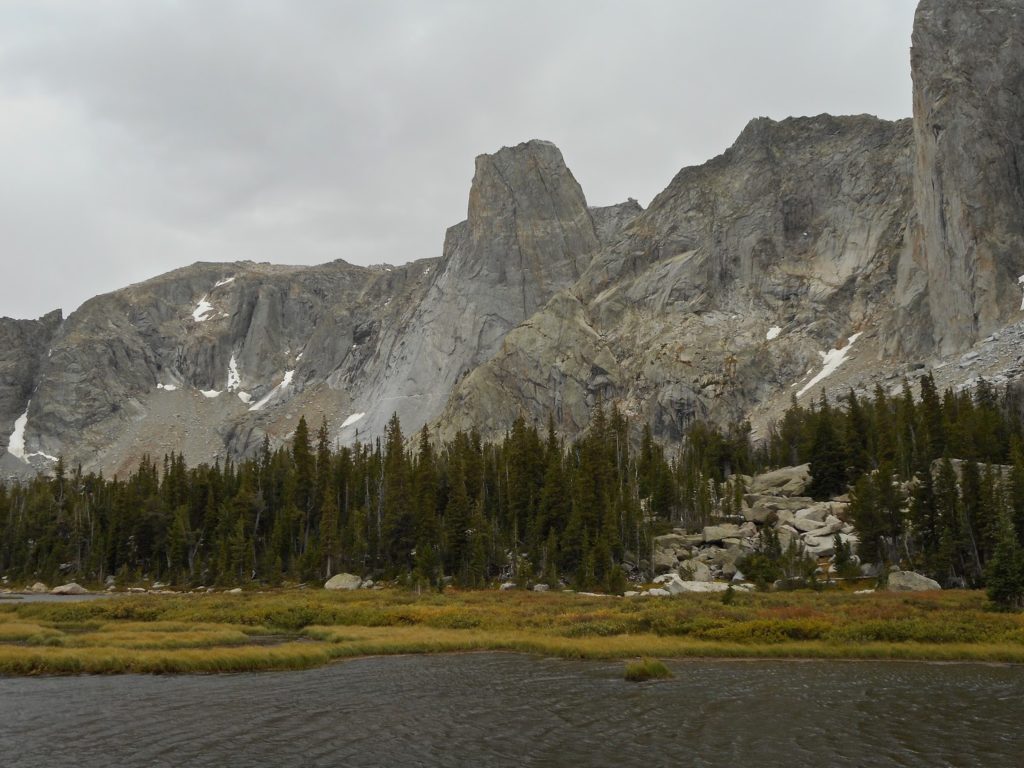