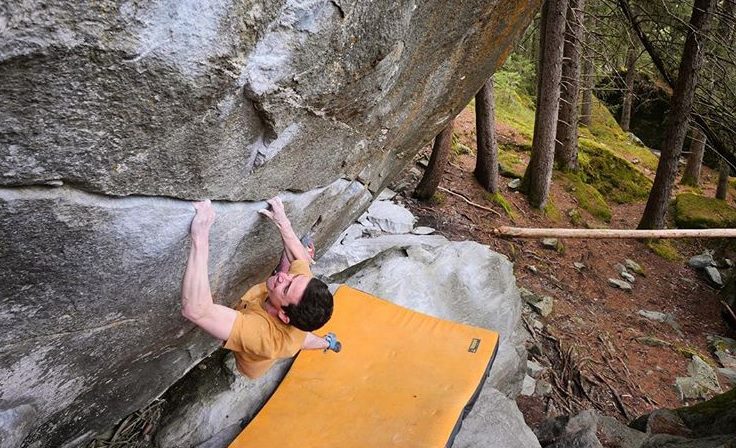 Watch Eliot Stephens and Morgan Preece climb on some of Magic Wood’s best and most sought-after boulder problems, with a bit of excitement thrown in.

After sending New Base Line, Stephens said, “Climbing this iconic problem represents a lot to me. Most importantly it rewards my hard work, and belief that injuries are there to be overcome.

“I could have taken my foot off the gas at any point and invested my time and effort elsewhere. For better or worse, I chose to dig my heels and work a bit harder.

“Heading to a snow covered forest after ix months of injury I was doubtful of even climbing boulder problems, let alone this one. To find myself climbing it on the last day of our trip was a surprise, and a great way to part ways with Switzerland.”