Nick Bullock and Greg Boswell sent the Stanely Headwall test-piece. Bullock wrote on his blog, ” Thanks to Jon Walsh, Jon Simms for putting up a world class climb in one of my favourite places in the world, The Stanley Headwall and thanks to Joshua Lavigne for filming an ascent of the two Jon’s. It was this film and the pictures that inspired me to climb what is a truly great and memorable route.”

Man Yoga is a 250-metre M8 which climbs through a number of impressive rock features, it is protected mostly by traditional gear. 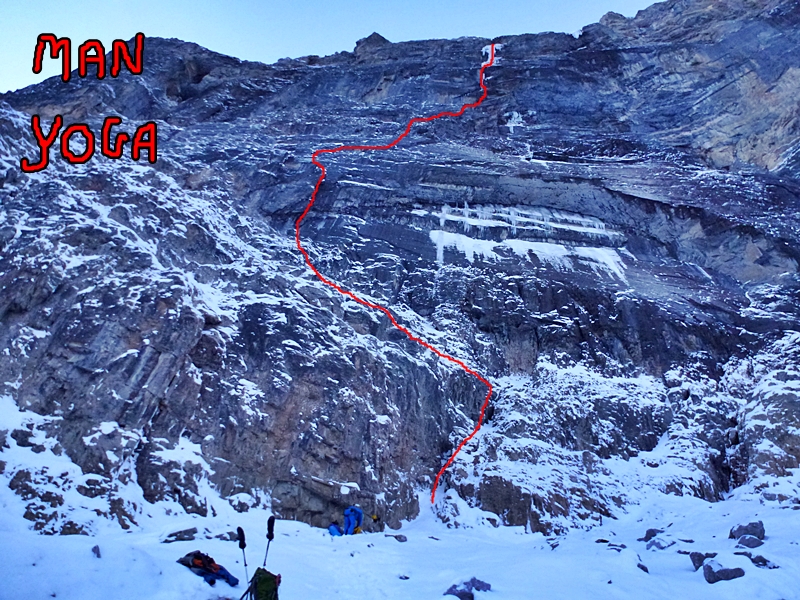 More on Bullock and Boswell in the Rockies: http://gripped.com/2013/11/sections/news/the-maul-and-early-ice/