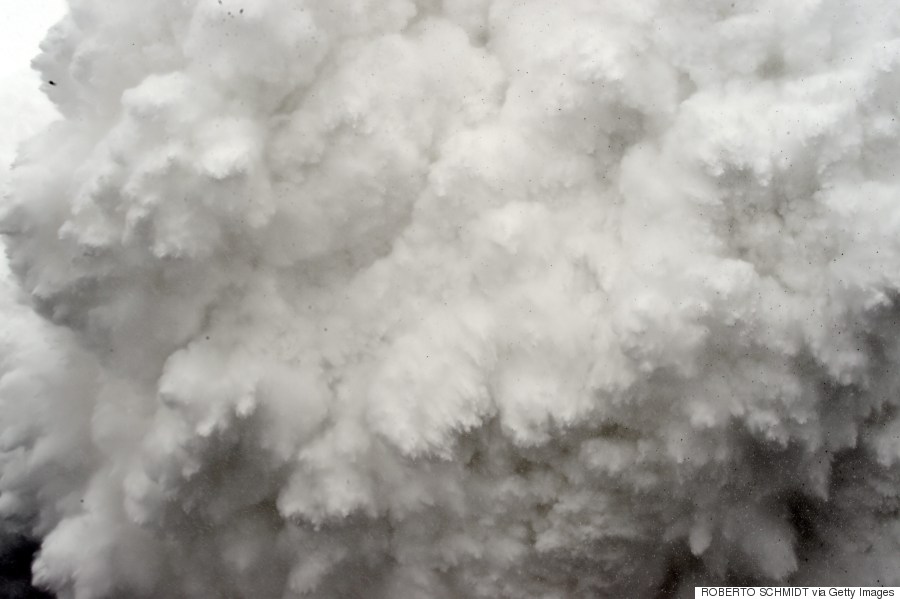 In this photograph taken on April 25, 2015, a cloud of snow and debris triggered by an earthquake flies towards Everest Base Camp, moments ahead of flattening part of the camp in the Himalayas. Rescuers in Nepal are searching frantically for survivors of a huge quake on April 25, that killed nearly 2,000, digging through rubble in the devastated capital Kathmandu and airlifting victims of an avalanche at Everest base camp. AFP PHOTO/ROBERTO SCHMIDT SCHMIDT/AFP/Getty Images) 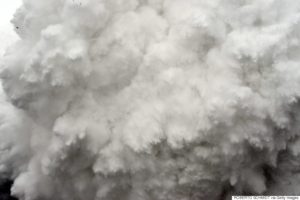