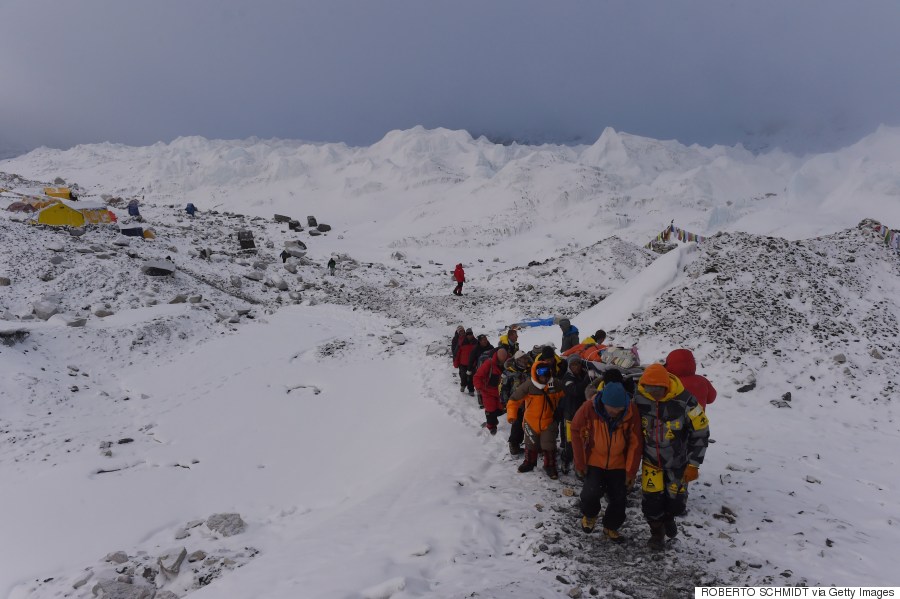 An injured person is carried by rescue members to be airlifted by rescue helicopter at Everest Base Camp on April 26, 2015, a day after an avalanche triggered by an earthquake devastated the camp. Rescuers in Nepal are searching frantically for survivors of a huge quake on April 25, that killed nearly 2,000, digging through rubble in the devastated capital Kathmandu and airlifting victims of an avalanche at Everest base Camp. The bodies of those who perished lie under orange tents. AFP PHOTO/ROBERTO SCHMIDT 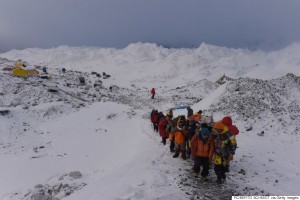