British climbers Mick Fowler and Paul Ramsden made the first ascent of Kishtwar Kailash, 6,451 m, Indie’s East Kishtwar district, Indian Himalaya. Kishtwar Kailash had been attempted in 1989 by a Scottish expedition. The pair climbed in alpine style from October 4th to 10th up a plumb 1,500 m route on the SW Face, “a great route, with spectacular situations and varied climbing up to Scottish VI,” said Fowler, “There is no easy way up Kishtwar Kailash and Paul and I are extremely happy that we managed to make the first ascent via the dramatic south west face. After acclimatizing, we left base camp on October 4th and, following an open bivouac at 6,200 m, got to the summit during the morning of 9th. The outcome was in particular doubt on day four, which involved several very hard mixed pitches up a couloir cleaving monolithic walls. The descent was almost entirely by abseil down the line of ascent. We managed to descend a fair way on the summit day and completed the return to base camp by a very long day on 10th.” 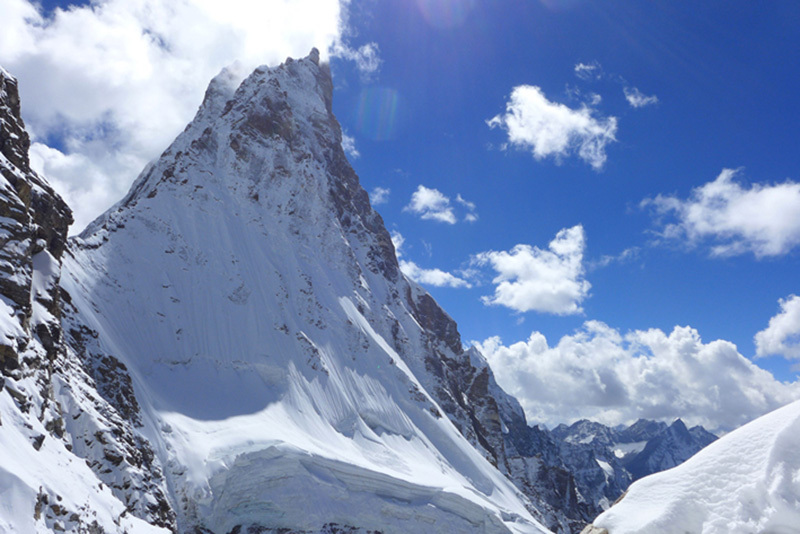 Kishtwar Kailash was considered the highest peak in Eastern Kishtwar. The most recent Survey of India mapping now attributes Hagshu, attempted again this year, with an altitude of 6,515 m.