Grivel launched at ISPO in Europe the first mountaineering helmets with RECCO system.

Grivel is a leader in mountain equipment and is celebrating in 2018 its 200th anniversary. RECCO, a Swedish company which produces rescue technology to make people searchable to rescuers, joins forces with to present at ISPO 2018 the first mountaineering helmets with integrated RECCO reflector. 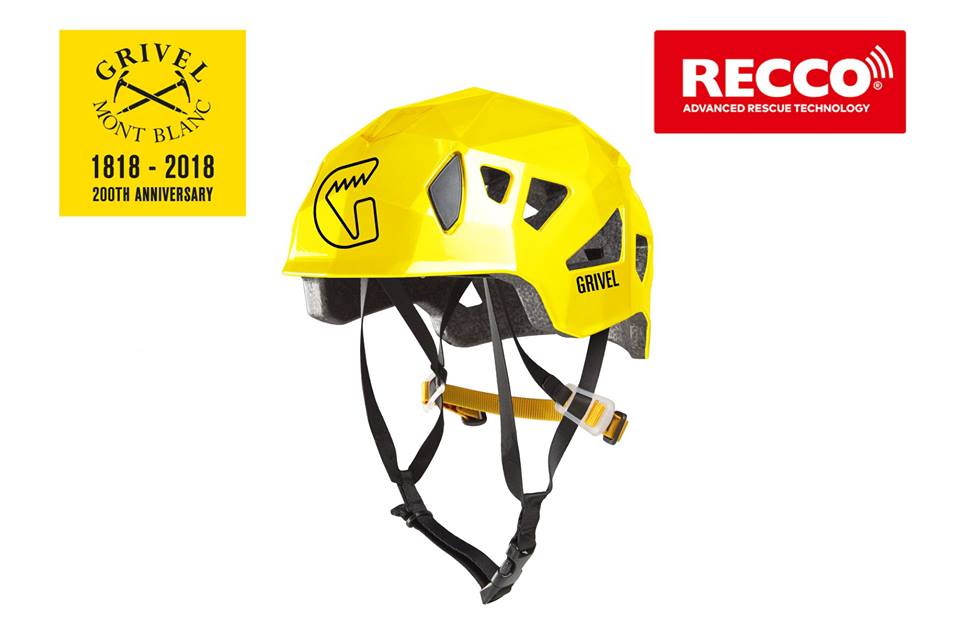 The Grivel Stealth helmets will be available starting in the fall of 2018 also in a version with an integrated RECCO reflector.

In the meantime, starting in the month of February 2018 a pilot project will be launched with the Courmayeur Mountain Guides Association, which is a partner of both Grivel and RECCO.

“We are very happy to be the first ones to present these models, whose goal is to increase the safety of the final user. Safety is in fact a keyword for Grivel for product development today,” declares Oliviero Gobbi, Managing Director of Grivel.

“Our goal at RECCO is to make as many people as possible searchable to professional rescuers in the outdoors,” said Manuel Duermoser, Global Brand & Marketing Manager RECCO.

“By cooperating with Grivel we step into a new product segment and so we give outdoor enthusiast one more possibility to be searchable in case of an avalanche or when lost outdoors.

“Especially with eyes on our new RECCO SAR system, that will be used by helicopter to look for missing people in the outdoors, the reflectors inside the helmets add an important visibility safety- factor for climbers and alpinists.”

Gripped had a sneak peek at the new partnership before the official launch while at Outdoor Retailer in Denver.