This contentious, often humorous period gave rise to sport climbing, climbing gyms, and competitive climbing–indelibly changing the culture of the sport, transforming it into what we know today.

One of those young climbers, writer Jeff Smoot, traces the development over time of traditional climbing “rules,” enforced first through peer pressure, then later through intimidation and sabotage.

In the late ’70s, several climbers began introducing new tricks including “hangdogging”– hanging on gear to practice moves–considered cheating by the old guard.

As more climbers broke ranks with traditional style, this new gymnastic approach pushed the limits of climbing from 5.12 to 5.13.

When French climber Jean-Baptiste Tribout ascended the 5.14a To Bolt or Not to Be at Smith Rock in 1986, he broke a previously thought impenetrable barrier. 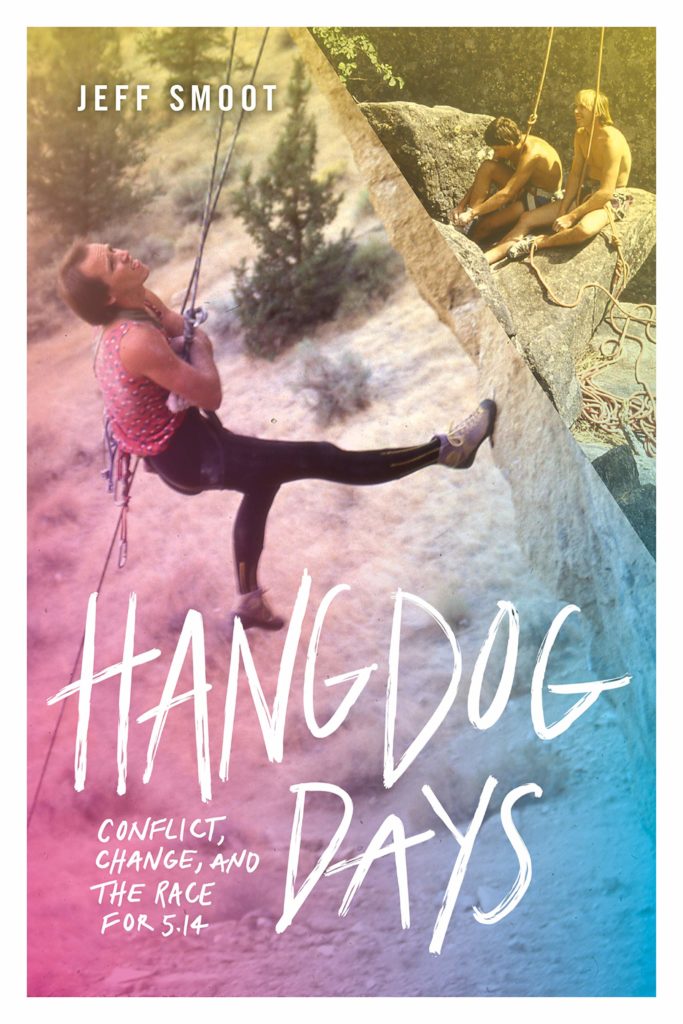