The climbing community has lost one of the most prolific route developers in the Canadian Rockies and Skaha Bluffs with the passing of Jon Jones. If you’ve cragged in the Rockies or Okanagan Valley, you’ve likely climbed one of his routes. Jones recently died at the Penticton Regional Hospital with his partner Christine Wright by his side.

Jones began rock climbing on the gritstone cliffs near his home in England at the age of 15. He came to Canada in 1967 and was employed as a geologist in B.C. “My very first day in Calgary,” he said, “I walked around town until I found the climbing shop. Premier Sports… Ethan (owner) says, ‘We’ve got a guy here who is quite the climber, except he’s not in right now,’ I said, ‘ Well, where is he?’ He said, ‘ Down in the pool hall.’ So i went down and met Brian Greenwood and he told me about the mountain club.”

In Feb 1968, he made the first winter ascent of Eisenhower Tower on Castle Mountain with Brian Greenwood, Archie Simpson , Dick Lofthouse and others. They took a snowmobile up to Rockbound Lake for quick access. Jones didn’t have gaiters so he stole curtains from a cabin and wrapped them around his legs.

In the early 1970s, he became one of the most prominent big wall trad new-routers, and established climbs like Necromancer 5.10 on Yamnuska, Catch 22 5.9R on Castle Mountain and the Southwest Pillar of the Minaret in the Bugaboos. “It was a bit of a cocky time,” Jones said, “as we were starting to feel like we could do anything we turned our hand to.”

In the late 1970s, he turned his attention to the Greater Ranges and repeated the East Ridge of Mount Logan with Chic Scott. They were members of the Calgary Leftovers Outing to Denali (CLOD). “It was sort of a Canadian Rum Doodle,” said Jones. He then turned his attention to Himalayas where he led a successful expedition up Dhaulagiri I on Canada’s first successful 8,000-metre ascent.

At 50 years old in 1997, he wrote Sport Climbs in the Canadian Rockies with John Martin. They went on to publish several editions to the popular guidebook over two decades. Jones turned his efforts to establishing bolted climbs and over the past 25 years added hundreds of now-popular routes to dozens of crags in Alberta and B.C. Until recently, you could see Jones developing climbs in Skaha.

Climbers have been remembering Jones since his passing. “Back in the day in the Bow valley, when things were just starting to develop in sport climbing, there was a great deal of controversy surrounding the whole idea of fixed protection in particular on multi pitch routes,” said Mark Whalen. “When I bolted True Grit back in the 1990s, JJ [Jones] was an ardent supporter in the midst of a torrent of criticism and speculation that the climbing world was coming to an end as we knew it. We stuck together at the crags more often than not discussing guidebooks, route descriptions and projects. I had always had great respect for what Jon was trying to do for the climbing community. He was many things: a moderator at the Banff film festival, publisher of guidebooks, first ascender of countless routes and a staunch supporter of the sport that many of us have come to love today. I will remember Jon fondly for the kindness and support that he showed for me, especially when times were tough. He was a tireless supporter of growing sport climbing into a sport accessible for everyone. Jon, I will miss you. It was comforting to know you were always out there.”

Jones spent 27 years of his life leading The Association of Bow Valley Rock Climbers (TABVAR), which worked to ensure access to climbing areas and funding for bolt upgrades and new routes. Ian Greant, who served as president of TABVAR, said: “Jon Jones was president of TABVAR from its founding in 1993 to his retirement in 2020. Few people have had as much impact on the Bow Valley Climbing scene as Jon Jones did. While best known for his hundreds of sports routes, there are no shortage of long (and often bold) multipitch routes bearing his name. Jon was very detail oriented and was dedicated to steadily improving the local route-building standards. Never content with ‘just good enough’ he’d move a bolt even a few inches if he felt it would make a route climb better. During Jon’s time as president nearly $180,000 was raised and invested into upgrading older climbs to new hardware and to building new routes. While never one for self-promotion I strongly suspect that a large portion of those funds were personally raised by Jon.”

A celebration for Jones will be held on Dec. 4 from 2 p.m. to 5 p.m. at the Canmore Brewing Company (1460 Railway Ave, Canmore). Currentl TABVAR president, Steve Fedyna, said, “We’ll hoist a few pints, and a few folks will say a few words. It will be casual and fun, which is probably the way that Jon would have liked it.” 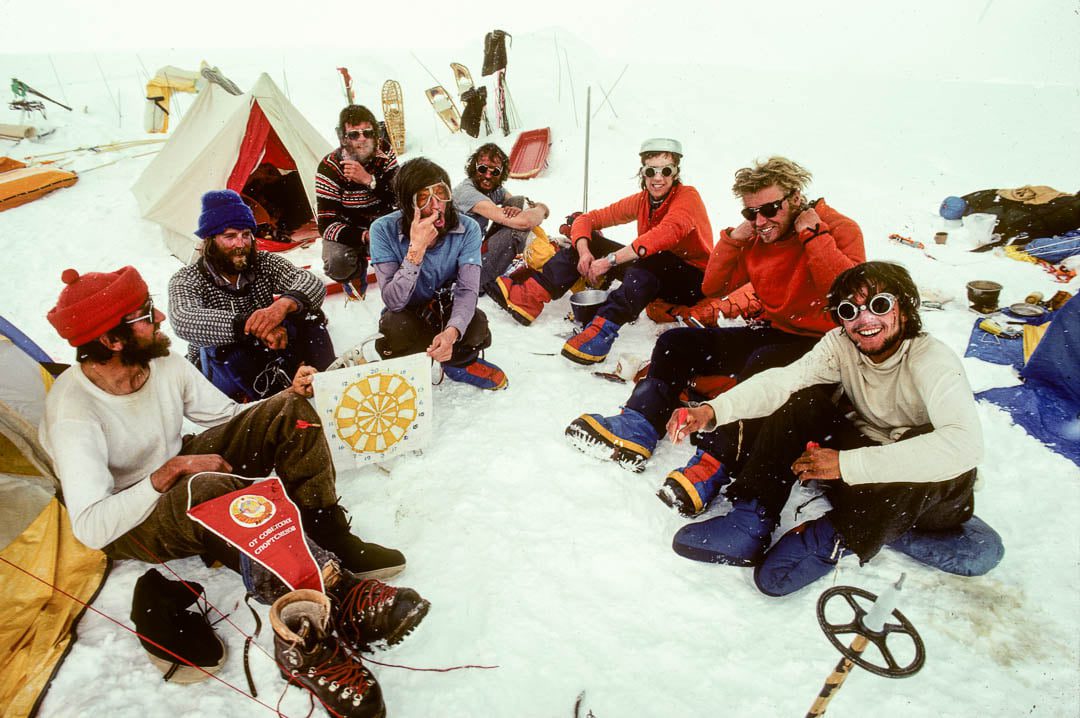