Islamist terrorists have carried out the murder of two Scandinavian women in the Atlas Mountains of southern Morocco, one of whom was beheaded.

One man has been arrested following the discovery on Monday of the bodies of 24-year-old Louisa Vesterager Jespersen, from Denmark, and Maren Ueland, 28, from Norway.

The women were discovered on Monday by hikers, who alerted police. Hiking in the area was temporarily suspended. “A video showing the arrested individuals… pledging allegiance to Daesh was recorded last week before the execution of the criminal acts we are investigating,” a prosecutor said in a statement, using the Arabic acronym for ISIS and confirming the authenticity of a video showing the murders.

The killings have shocked Morocco, a popular tourist destination where such attacks on foreigners are extremely rare.

The suspect was arrested in Marrakech on Tuesday. Three other suspects have been identified and but are still on the run, a security official told The Associated Press.

The remote mountains are 10 kilometers from Imlil, a starting point for hikes and climbs around Mount Toubkal, North Africa’s highest peak.

People have been warned about threats to hikers without local guides in Morocco after the killing. Morocco is often considered safe for tourists and is a key ally of the United States and Europe in the fight against terrorism.

Morocco has struggled with Islamic extremism, and more than 1,000 Moroccans are believed to have joined the Islamic State group.

The Danish victim was identified by media in Denmark as Louisa Vesterager Jespersen, 24. Her mother, Helle Jespersen, told tabloid BT two police officers rang the doorbell Monday evening with the message that her daughter had been killed. She said the family had warned her against undertaking the journey.

The University of Southeastern Norway said on its website that both women were studying to earn bachelor’s degrees in outdoor life, culture and ecophilosophy.

“What we know is that they were on a month-long, private holiday in Morocco. Our thoughts go to the families,” the university said on its home page.

The most recent jihadist attack in Morocco was in 2011, when 17 people were killed in Marrakesh. Morocco welcomed a record 11.35 million visitors in 2017, exceeding the 11-million mark for the first time. 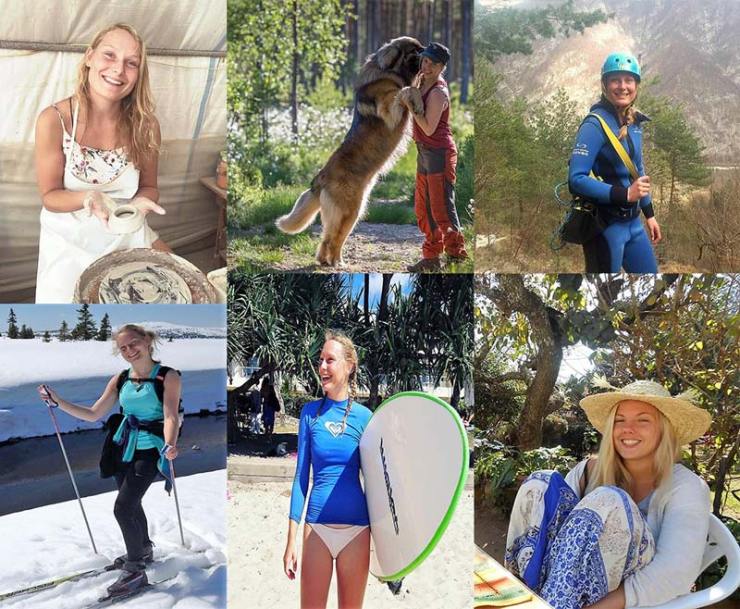