John Snorri Sigurjónsson has become the first Icelandic climber to summit K2 after reaching the summit in July. You can see his satellite tracker information here.

Snorri has climbed three peaks over 8,000 metres in the past three months. A few days after climbed K2, he reached the top of K3 (Broad Peak) with the same team.

Vilborg Arna Gissurardóttir, who became the first Icelandic woman to climb Mount Everest earlier this year, said, “It’s a remarkable achievement to conquer both Lhotse and K2 in less than three months.”

Hjordis Guomundsottir is the managing director of the charity Líf, which Snorri is raising funds for. She noted he climbed K3 because the alternative was waiting at the Base Camp at the foot of K2 and K3 while others climbed. 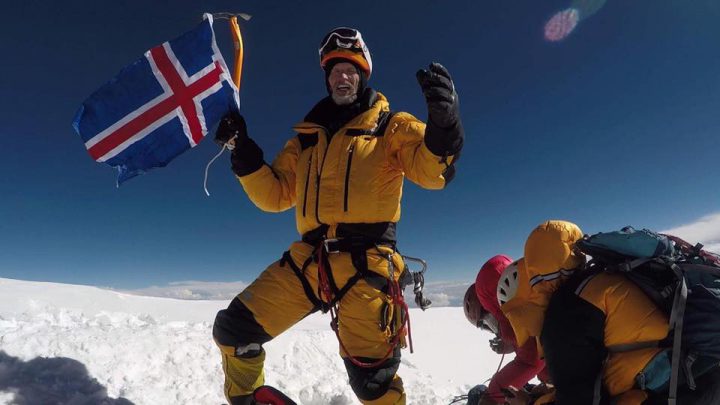 In other K2 news, Fredrik Strang has ended his attempt to summit. He part of a large expedition to reach the stop in 2008, but turned around below the bottleneck due to conditions.

The other climbers carried on and 11 died in an avalanche. This was Strang’s first trip back to the mountain.