This week it is the Youth A Girls 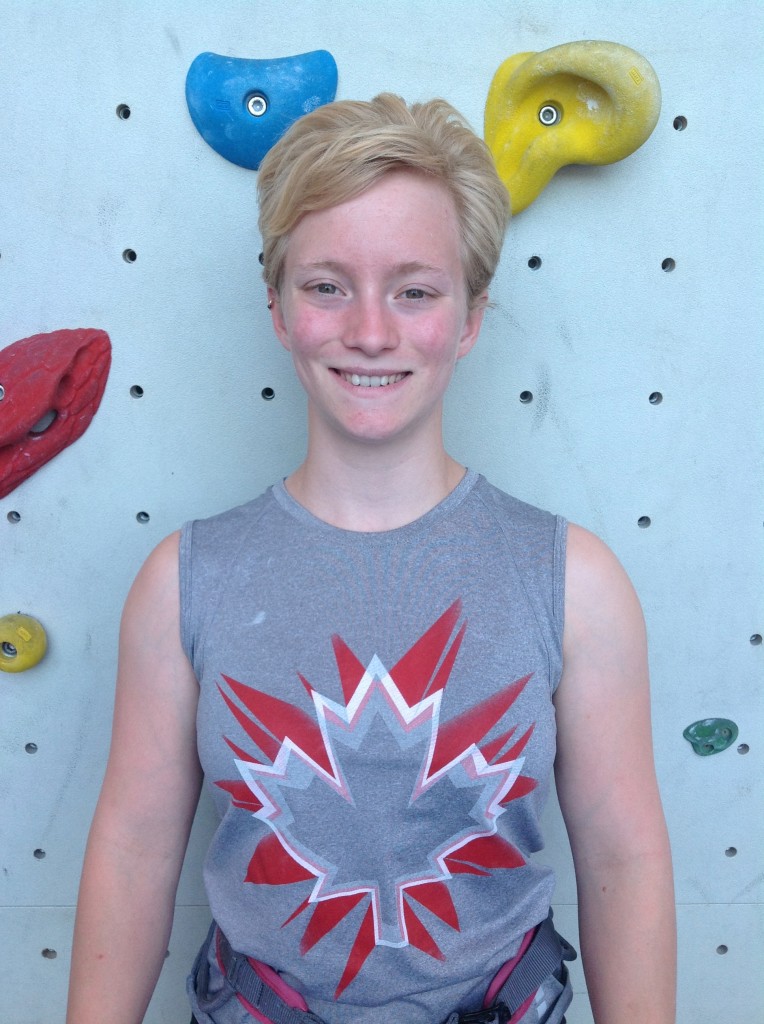 Amy Sutley is based at the Calgary Climbing Centre and has been training for eight years. A veteran on the National Team, this is her third year. She trains for seven hours a week over three days. A training drill she likes is opposition training for 30-minutes. At the 2013 Youth Nationals and Canada Youth Cup she placed first. She competed at the Pan-American Games in Chilli, 2010; and Youth Championships in Austria, 2011, and Singapore, 2012.
“I was close to making semi-finals last world championship, so getting into semis would be great this time. Regardless of placement, I am excited for the experience,” said Sutley. 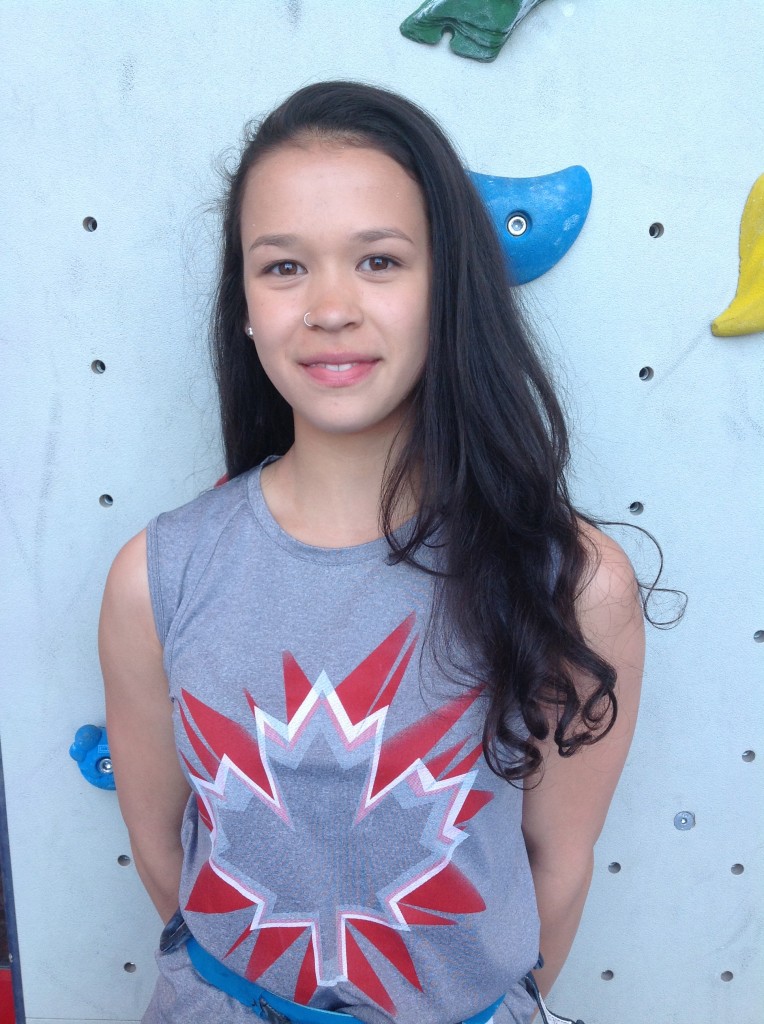 Pia Graham has been training for eight years and this is her third on the team. She trains for about 12-hours a week over three days. For drills she likes to look at a route, close her eyes and try to climb it, as well as focusing on rhythmic breathing. At the 2013 Youth Nationals and Youth Cup she placed second. She has competed is Scotland at the 2011 Youth Championship and 2008 North American Championships in Montreal.
“I would love to make Semi-finals,” says Graham. 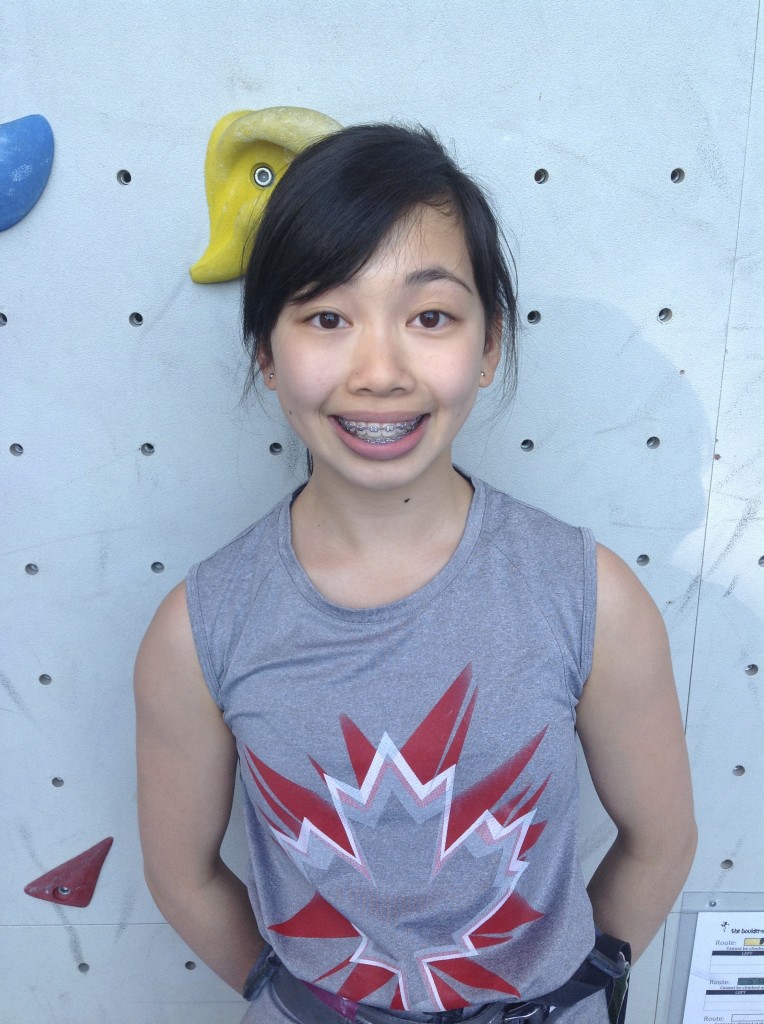 Caitlin Wu is based in Vancouver and trains at the Hive. She has been training for seven years and this is her third on the team. She trains for nine hours a week over three days. She loves to circuit train for power endurance. In the 2013 Youth Nationals and Youth Cup she placed third. She competed at the 2011 Austria Youth Championship and 2012 Singapore Youth Championship.
“I am proud to represent Canada this year at the games. It is an honour to compete against great athletes from around the world,” said Wu. 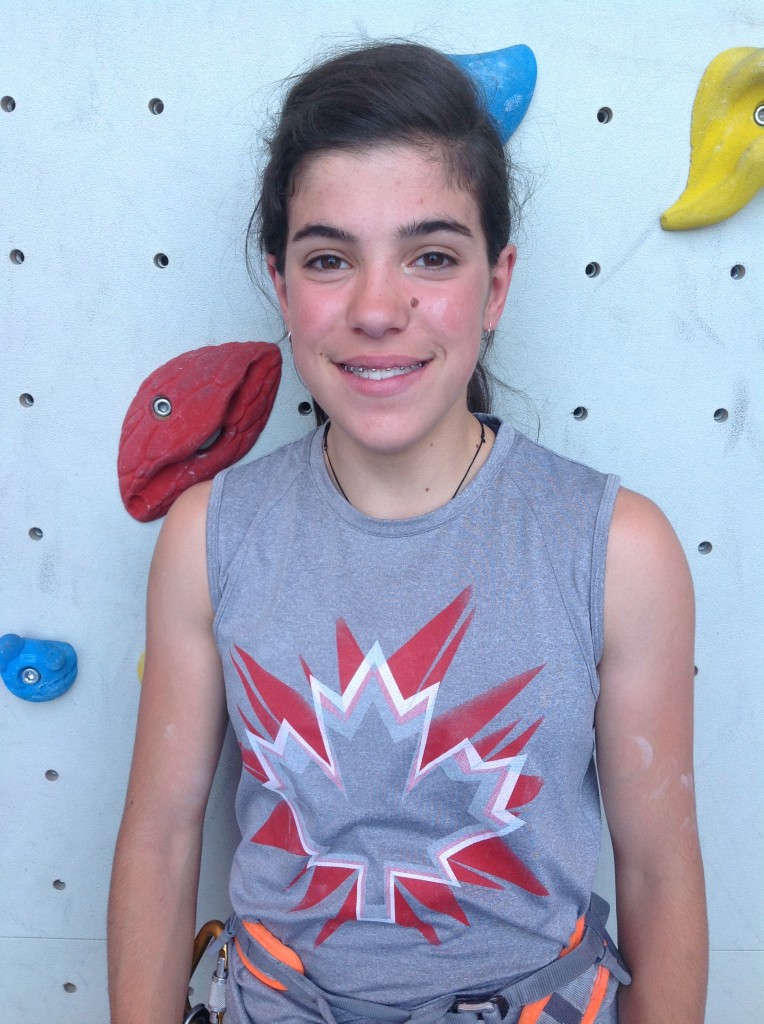 Sara Frangos is based in Canmore and trains at The Cave and Elevation Place. She has been training for four years and this is her second on the team. She trains for ten hours a week over three days. Her favorite drill is link-ups for power endurance. At the Youth Nationals and Youth Cup she placed fourth. She competed at the 2010 and 2012 Pan-American Climbing Championships.
“Since this will be my first World Youth Championships I don’t know what to expect. I am excited for the experience on the world scene. Semi-finals would be great,” said Frangos. 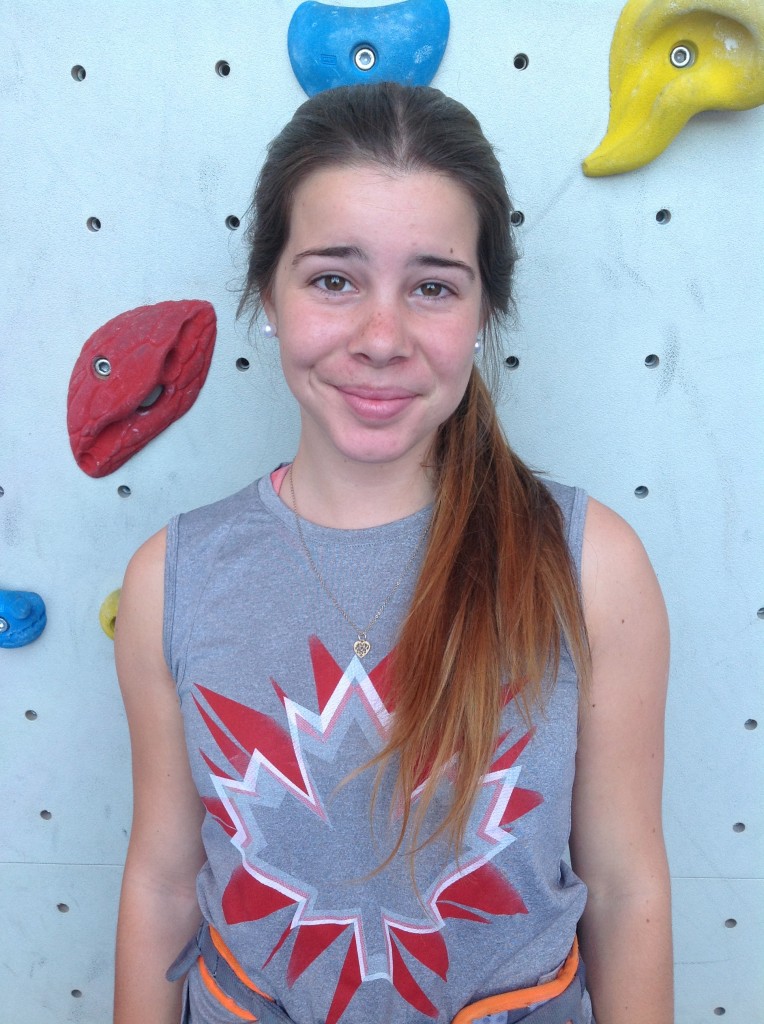 Audrey Larochelle is based in Delire, Quebec and has been training for eight-years, this is her first on the team, as an alternate. She trains for seven hours a week over three days. For drills she works on finding sequences to fit her body typs.
At the 2013 Youth Nationals and Youth Cup she placed fifth She climbed at the 2008 North American Championships in Montreal.
“As alternate I was able to go to the training camp. It provided my with experience that I can apply to my future competitions,” said Larochelle.