As part of our coverage of the 2013 Junior World Championships in Saanich, BC, we are introducing you to the team members who will be competing for Canada. Here are the Junior Girls. 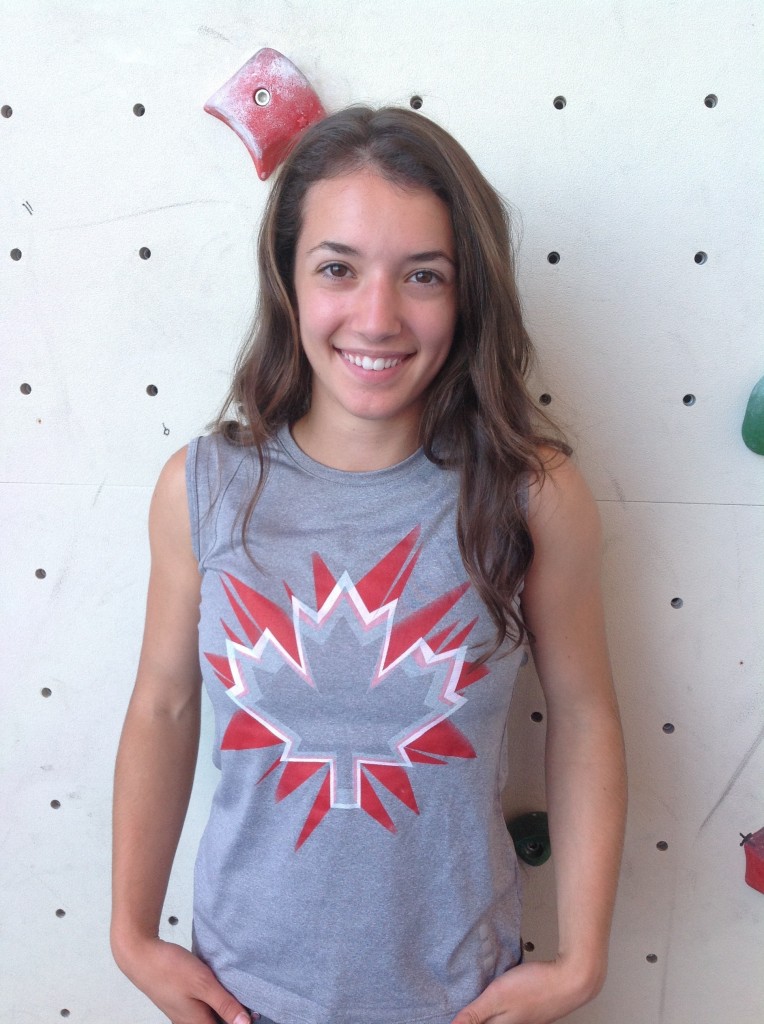 Iyma Lamarche placed first at Youth Nationals and the Youth Canada Cup. She has been on the team for three years. She has attended the WYCC 2010 in Sotland, WYCC 2011 in Austria, the IFSC World Cup lead, the 2012 USA / IFSC World Cup Bouldering. She is based at Boulderz in Toronto and has been training for six year for four to five days a week. She uses the tread wall for endurance training.
“I would like to make semi and to feel I have climbed my best. It’s great to have the Worlds in Canada because it will showcase sport climbing to our country,” says Lmarche. 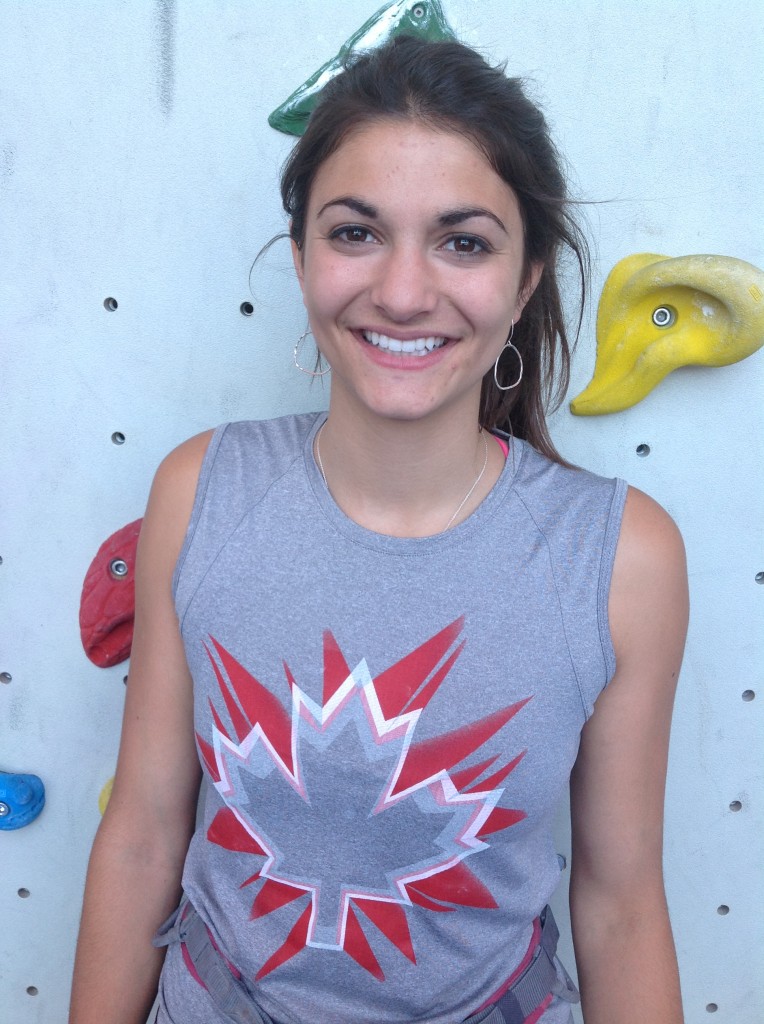 Elise Sethna placed second at the Youth Nationals and fourth at the Youth Canada Cup. This is her sixth year on the team. She has attended WYCC 2008 in Australia, 2009 in France, 2010 in Scotland, 2011 in Austria, 2012 in Singapore, the IFSC Bouldering World Cup 2013 in USA and Canada, in 2012 in the USA, in 2011 in Germany, USA / IFSC lead World Cup in 2012, and in 2011 in France. She has been training for nine year and is from Canmore, Alberta. She trains four days a week and rocks the bouldering circuits for drills.
“Because of school I have been training all summer with the goal to climb at my best and to have fun because this is my last year with WYCC. It is exciting to have my last year with the youth circuit in Canada, and I am ready to give it all and not have any regrets,” says Sethna. 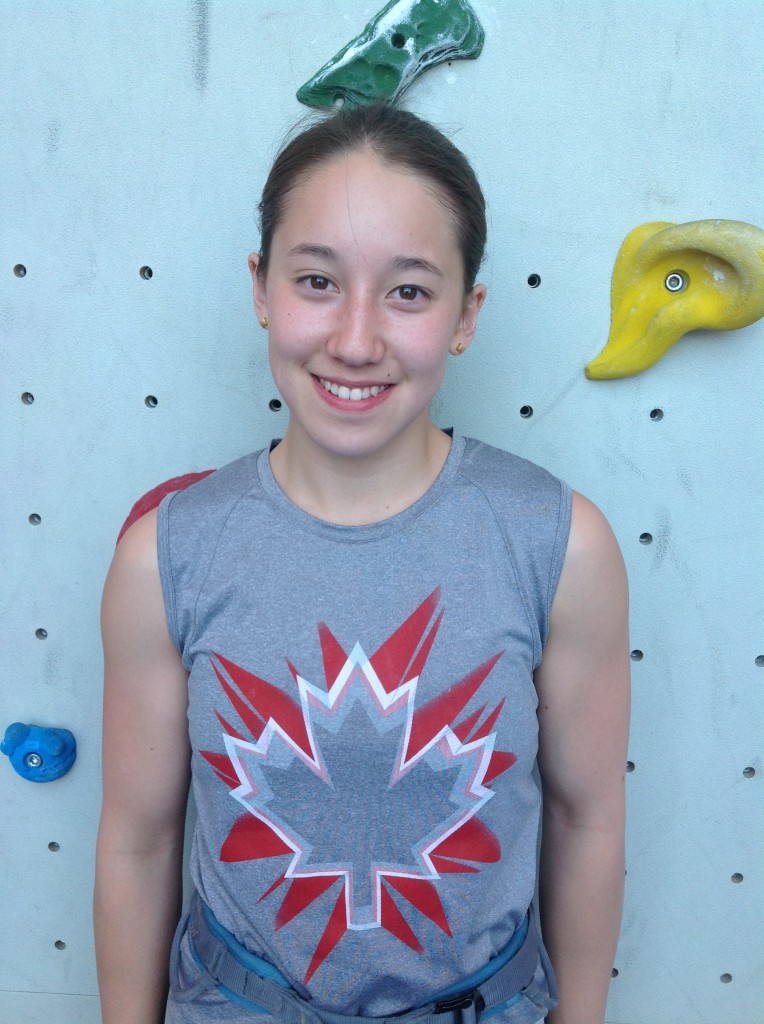 Alyssa Weber placed third at the Youth Nationals and second at the Youth Canada Cup, this is her third year on the National Team. She has competed at WYCC 2011 in Austria, 2012 in Singapore, the IFSC Bouldering World Cup 2013 in Canada and the PanAm Youth 2012 in Chili. She is based at the Calgary Climbing Centre in Alberta and has been for five years, training three days a week. For drills she links three red points.
“My goal is to climb my best and feel the accomplishment for what I have been training for. I feel honoured to represent Canada,” says Weber. 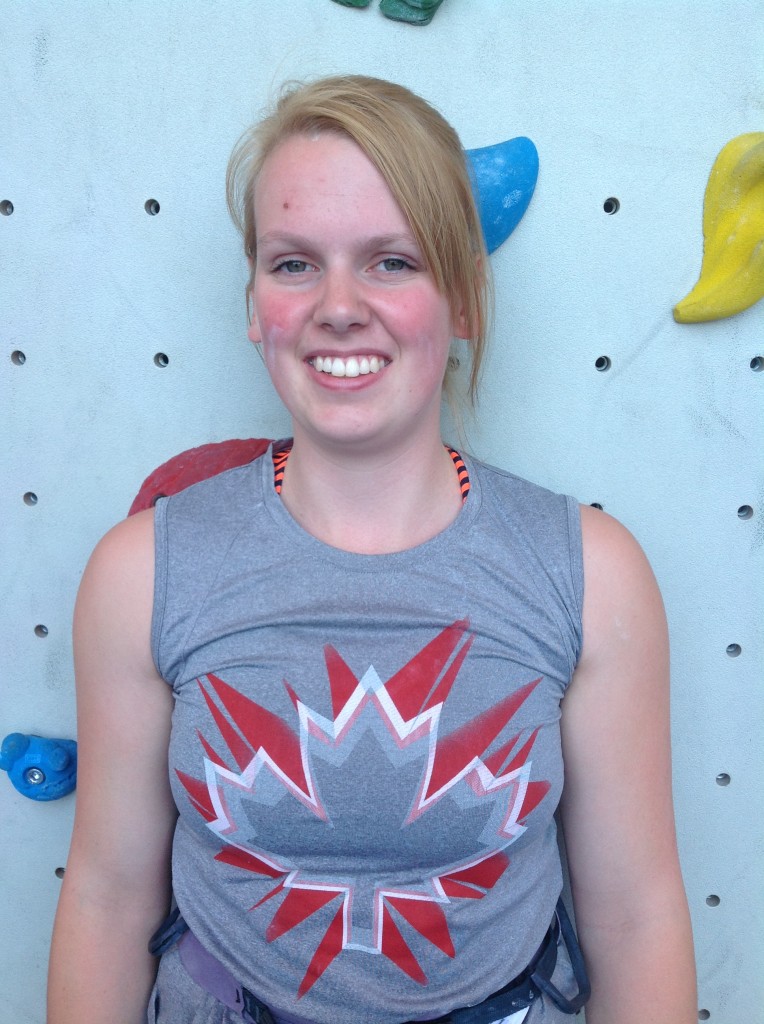 Alison Steward-Paterson placed fourth at Youth Nationals and third and Youth Canada Cup. She is a speed climber with her best time being 12.9 seconds. This is her sixth year on the team. She has attended the WYCC 2008 in Australia, 2009 in France, 2010 in Scotland, 2011 in Austria, 2012 in Singapore, the PanAm Youth 2012 in Chili, the World Games for speed in 2013 in Columbia. She has been training for 10 years, five days a week. For drills she climbs a hard route, then an easy one, then a hard one without stopping.

“I would like to climb under 12 seconds for speed and learn as much as I can for lead. It’s great to have family and friends to understand what I am dedicating my time to and a higher understanding of sport climbing,” says Steward-Paterson. 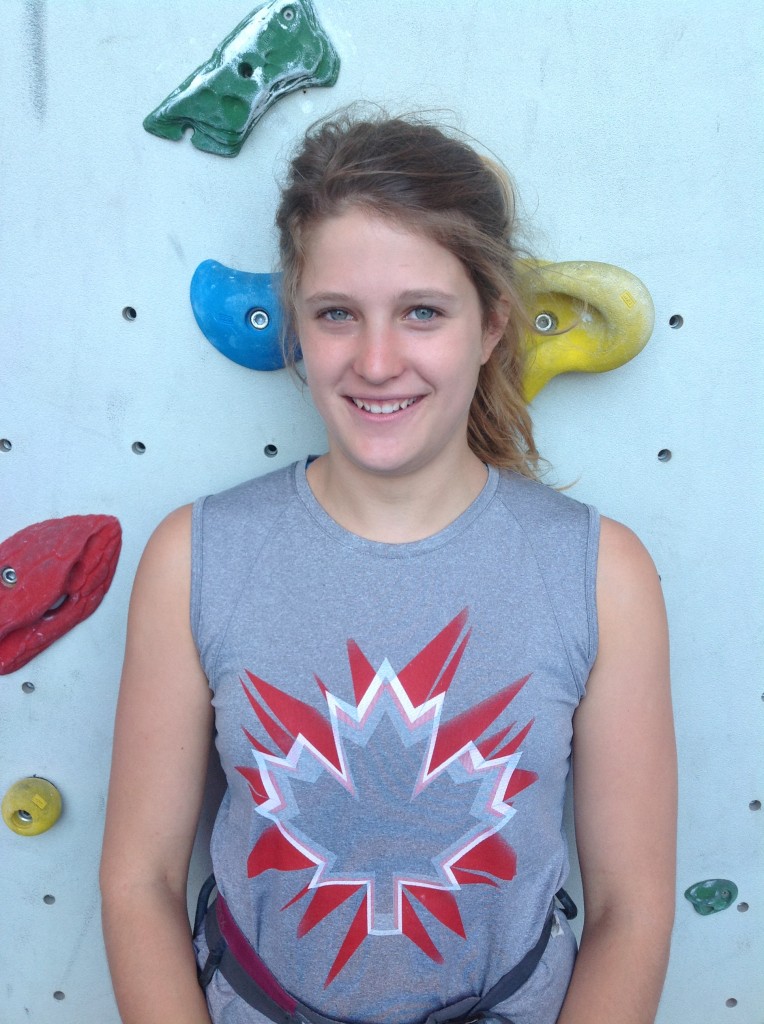 Allison Vest placed fifth at Youth Nationals and sixth at Youth Canada Cup. This is her second year on the team. She attended WYCC 2012 in Singapore and PanAm Youth 2012 in Chili. She is based in Canmore and has been training for eight years, four days a week. For drills she links endurance laps with dead hangs.

” I want to get more mileage by being apart of the competition scene at international level,” says Vest.