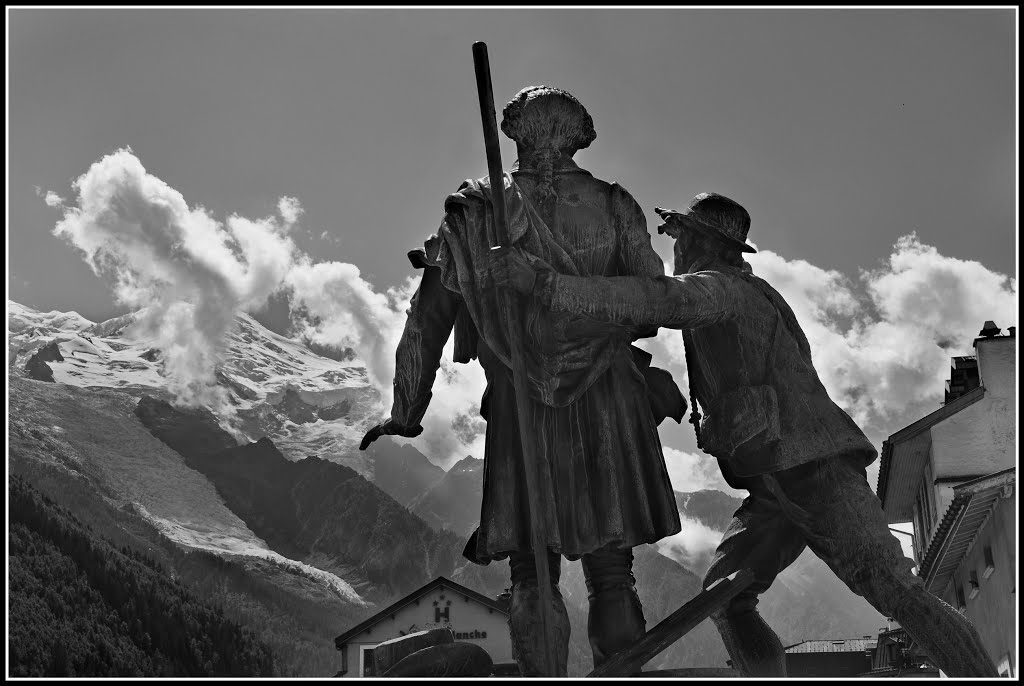 While climbers haven’t been pushing limits in Toronto for that long, the city was founded the same year that Jacques Balmat died.

Who was Jacques Balmat? He made the first ascent of Mount Blanc in 1786 with Michel Paccard. Their climb started the modern age of mountaineering and climbing.

“It’s hard to believe the city is 184 years old because you look at the vibrancy of it and how modern it is and the fact that it’s really just booming,” Mayor John Tory said at the opening ceremony.

And mountaineering was booming, too, in the Alps after the first ascent of Mont Blanc.

Mont Blanc had long captivated the adventurers of 18th-century Europe. One man of the era, Horace-Bénédict de Saussure, was very obsessed.

Saussure was a scientist fascinated with the geology and botany of the Alps, and that, along with a healthy sense of adventure, inspired him to try to climb the mountain.

He decided to publicly offer a reward to any man who could scale the mountain and then help him reach the top (reports on the value of the prize vary).

Overnight, prize-chasing adventurers joined in to try to scale the mountain, seeking fame and fortune.

A 26-year-old crystal hunter named Jacques Balmat was up to the challenge. He sold crystals to collectors, wandering between villages in the mountains. Mont Blanc became his obsession.

“The determination to reach the summit of Mont Blanc was jogging in my head night and day,” Balmat said. “At night I had hardly closed my eyes when I dreamt I was on my climb of discovery.”

His thoughts were recorded in 1881 by T. Louis Oxley in The First Ascent of Mont Blanc: A True Story.

He told his wife he was going hunting and then he filled a gourd with brandy, got a piece of bread and set off to Mont Blanc.

He couldn’t climb it that night but returned three weeks later and reached the summit on Aug. 8, 1786, five months after Toronto was founded.

Balmat convinced Dr. Michel Paccard, one of his hiking friends to give it a try. They had good weather and conditions.

“I had reached the goal where no one had as yet been,” Balmat said, “not even the eagle nor the chamois.”

Balmat’s retelling makes him out to be the hero and Paccard, to put it in modern terms, as a “belayer to the stars.”

In reality, Paccard was probably a more active and competent companion but only Balmat and Paccard know what happened.

Balmat and Paccard quickly claimed their award from Saussure and Balmat subsequently helped Saussure climb the mountain himself for further study.

Balmat never stopped climbing and many years later, in 1834, he chased after rumors of gold in the Sixt Valley, in hopes of partnering his glory with wealth. He fell into the chasm mine and his body was never found.

Before climbing Mont Blanc, he said that “I felt I should live in a sort of purgatory if I did not succeed.”

The great Eric Shipton wrote of the Mont Blanc climb, “Theirs was an astounding achievement of courage and determination, one of the greatest in the annals of mountaineering.

“It was accomplished by men who were not only on unexplored ground but on a route that all the guides believed to be impossible.”